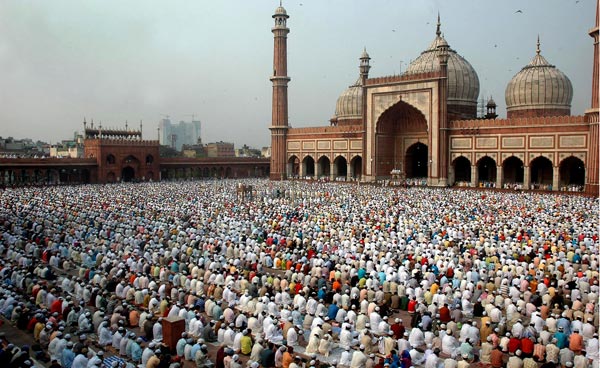 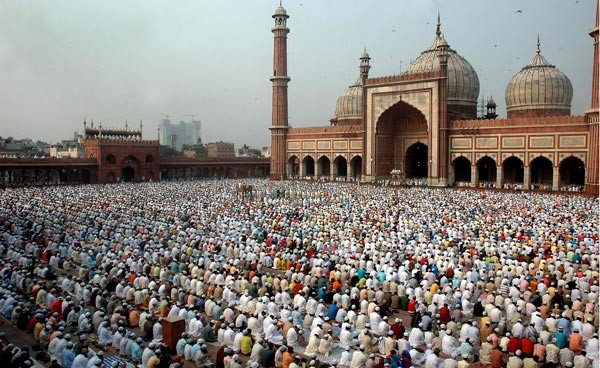 The decadal growth rate of Hindus was 16.8% during the period. The previous UPA government did not release the census data on religious composition in the last couple of years for political reasons.

The data release coincides with Assembly elections due in three states with significant Muslim population — Bihar in October this year and Assam and West Bengal in 2016. Except Madhya Pradesh, the increase in the Muslim population in all big states remained above the national average of 24.6%. In Rajasthan, it increased by 29.81%, Bihar 27.95%, Gujarat 27.3%, Maharashtra 26.3% and in Uttar Pradesh by 25.19%. In Madhya Pradesh, the increase was marginally less than the national average at 24.29%. Among the other big states which have sizeable Muslim numbers, Assam has seen their count increase 29.59% and West Bengal 21.81%, both of which are poll-bound. Barring Manipur and Puducherry, Muslims as a percentage of the population increased in all other states. In Assam, their share increased 3.3 percentage points to 34.22%. In Manipur and Puducherry, it fell 0.41 and 0.04 percentage points respectively to 8.4% and 6.05%. According to the 2011 data, Christians formed 2.3% of the total population at 2.78 crore. The Sikh population stood at 2.08 crore making up 1.7%, Buddhists at 84 lakh accounted for 0.7%, and 45 lakh Jains accounted for 0.4% of the total population. While there has been no significant change in the proportion of Christians and Jains, that of Sikhs has declined by 0.2 percentage points and of Buddhists by 0.1 percentage points during the decade. The growth rate of Christians over the decade stood at 15.5%, Sikhs at 8.4%, Buddhists at 6.1% and Jains 5.4%.