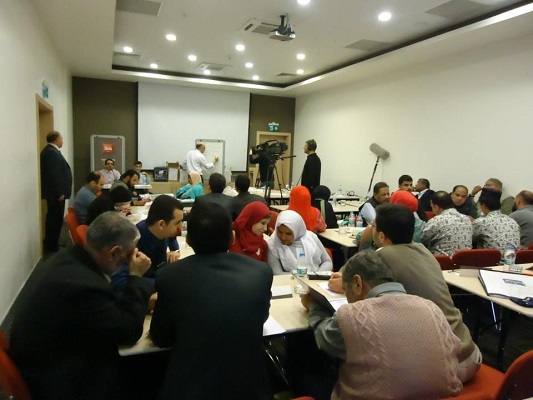 The second annual International Braille Quran Conference was held in Istanbul, the birthplace of an organization for visually impaired Muslims around the world. The faithful with visual disabilities discussed their problems in daily life while practicing their faith and the accessibility problems with regards to religious texts at the event attended by delegations from 18 countries.

This year’s event, organized by Istanbul-based nongovernmental organization (NGO) International Union of Braille Quran Services (IBQS), focuses on forming a common Quranic orthography recognizable by all visually impaired Muslims, a major challenge for the faithful according to IBQS Chairman Selahattin Aydın. Aydın said they would discuss expanding IBQS’ services in order to address the needs of visually impaired Muslims in Africa and Central Asia in terms of Qurans and religious services, as well as the accessibility to written religious sources for blind Muslims in the West during the three-day event. The challenge of carrying the Quran in braille while traveling, which poses a major problem due to its large size, will also be addressed at the event.

Family and Social Policies Minister Ayşenur İslam represented the government at the event while President Recep Tayyip Erdoğan’s wife Emine Erdoğan, who was unable to attend the event, sent a message to the conference’s participants.

İslam outlined the government’s efforts to reach out to the disabled, including the 216,000 visually impaired people. İslam said they pursued policies that help the disabled have a more social life, especially by boosting their employment levels. “This conference is significant to helping the visually impaired reach out to the spiritual light. They may have a disability, but this disability should not be an obstacle for them to benefit from the Quran’s light,” she said. İslam said Christians had already set up a society to address the problems of the blind accessing the Bible more than a century ago, and Muslims have been late to launch such an initiative. Regarding Turkey’s work to help visually impaired Muslims, İslam said they were aiming to make more mosques accessible to the disabled and place Qurans and religious books written in braille at every mosque.