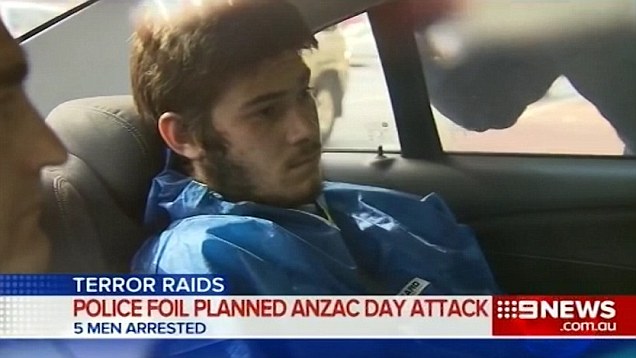 One of the most high profile terrorism cases in Australian history is falling apart. “Anzac Day terror plot”, screamed the major newspapers on 18 April after 200 police raided homes in Melbourne. At the time, Victorian acting chief commissioner Tim Cartwright told the media that the young men arrested, “planned to carry out atrocious acts on Anzac Day”. Now, it’s clear that the facts got in the way of the story.

From the beginning, the media frenzy surrounding this case obscured the basic details. Of the five people arrested, only two were charged with terrorism related offences. But neither was charged with preparing an attack or planning an attack. The charge was “conspiracy to commit acts done in preparation for, or planning, terrorist acts”. Thought crime in any language.

At the time of the arrests, I wrote in Red Flag: “We don’t know what the two young Melbourne men were thinking. But … the nature of the current charges, should give anyone pause before leaping to the conclusions that the police, the media and the political right want us to”.

These words ring true after the news that terrorism charges against 18-year-old Harun Causevic have now been withdrawn due to a lack of evidence. This is a significant turn of events. Particularly as the specifics of Causevic’s arrest were used as proof of the need for wide ranging preventative anti-terror laws. In truth it now proves the opposite.

Causevic was the first person in Victoria to ever have been locked up under a Preventative Detention Order. In the early hours of the morning on April 18, police raided his family’s home and arrested him without charge. Causevic’s father alleges that during the arrest the police beat his son, breaking his arm, and destroying property in their home.

In court his father said, “My son was injured 20 days ago [and] nobody helped him … he had broken ribs, arms, nobody came into jail to help him or give him medicine …This is terrorism on me and my family, they broke $20,000 [worth of goods] in my house … my son didn’t do nothing.”

Causevic was denied bail and for the past four months has been held in an isolation cell in prison.

The day after his arrest, the Herald Sun ran an article entitled “Anzac Day plot a call to arms in support of our rigorous anti-terror legislation”.

It explained how this case proved the need for tough Preventative Detention Order laws and how these “and other safeguards are working to protect us”. This argument is now in tatters. Instead of stopping alleged terrorism, it is the government, police and the media who are terrorising innocent Muslims.

Harun Causevic and his family have every right to feel vindicated that the case against him has collapsed. Vindication, however, will not make his bones heal any quicker or erase the memory of four months in isolation.

His case is a reminder of the lengths to which an unpopular government will go to whip up anti-Muslim racism.