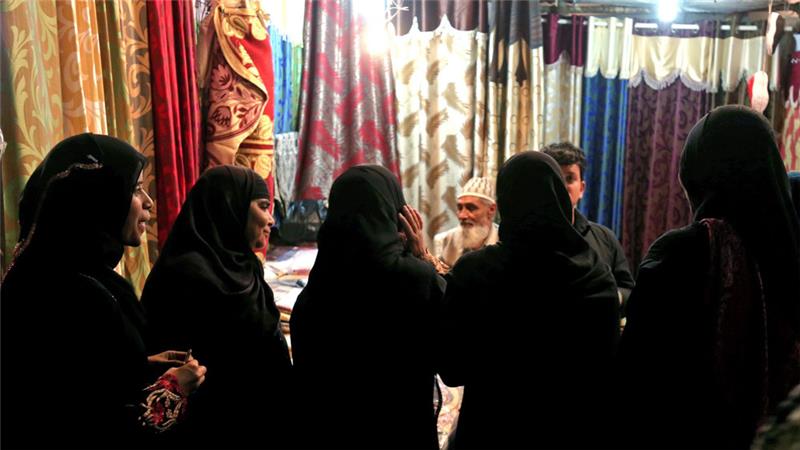 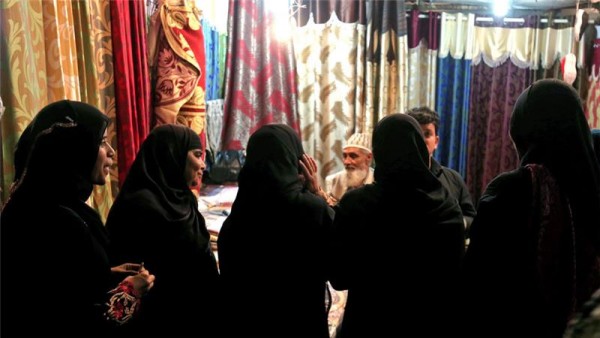 An overwhelming majority of Muslim women in India want reforms in religious laws involving matters of divorce, alimony, polygamy and custody of children, according to a survey conducted by a rights group.

More than 92 percent of the 4,710 Muslim women surveyed, mostly from disadvantaged communities, wanted a total ban on verbal or unilateral divorce, while 91.7 percent did not want their husbands to marry another woman while already married.

India is one of the few countries that recognizes verbal and triple talaq (divorce) – a practice under which a Muslim man can divorce his wife by simply uttering talaq thrice.

Nearly 96 percent surveyed wanted their ex-husbands to pay for children’s maintenance, according to the survey conducted between July and December 2013 across 10 Indian states.

Questions asked in the survey were related to the custody of children, domestic violence and under-age marriage as well as the status of the darul qazas (Sharia Courts) controlled by religious leaders.

Numbering around 140 million or slightly less than 14 percent of the total population of 1.3 billion, Muslims are India’s largest religious minority group.

They are governed by the Muslim Personal Law. The legislation is not codified, which means it is open to interpretation by local clergy.

“Codification of Muslim personal law in India is a long-term struggle. The study is the first empirical and scientific articulation of what Muslim women have been aspiring for,” Dr Noorjehan Safia Niaz, BMMA co-founder and co-writer of the study, told Al Jazeera.

Using the 2006 Rajinder Sachar Committee report – which studied the socio-economic status of Indian Muslims – the BMMA study notes: “Muslim women are excluded educationally, economically and socially owing to government neglect and suffer from near absence of any legal framework in matters of family and marriage.

“Owing to the way Muslim personal law is practised and understood in India, it is mired in ambiguity, obfuscation and apathy,” the report says.

The study notes that even though Muslim women look to the state for codifying Muslim family law, “the state has taken more interest in codifying laws for other communities and neglected the needs of the Muslim women”.

Zakia Soman, also a co-founder of BMMA and co-writer of the study, says: “Christians and Parsis, which are minorities in India, have codified personal laws. Muslim countries such as Tunisia, Morocco, Syria, Pakistan, Bangladesh and Malaysia have also enacted codification. As a result, in Morocco, for instance polygamy and triple talaq are banned.”

In the realm of personal laws, Indian Muslims are governed by Islamic law (Sharia). The study documents the multiplicity of religious codes, which results in wide room for misinterpretation owing to the lack of codification.

The Indian subcontinent has a wide diversity of Muslims, divided into Sunni and Shia with their sub sects, which have their own understanding and interpretation of Islamic law, especially concerning family matters.

According to the study, the most prominent instance of multiple interpretations is triple talaq. Further, “women are denied their Quranic rights such as right to property and inheritance, right to divorce and right to matrimonial home in the name of Sharia”.

“The British government had codified Muslim personal law to a large extent through the 1937 Act. This law continues to apply after independence to Sunni and Shia Muslims, but gives enormous powers to Muslim males, especially with regard to divorce,” Mumbai-based socio-political analyst AK Mukadam said.

“Even more than codification, amendments are needed to the law which currently discriminates between men and women with regard to marriage, divorce, alimony and inheritance.”

“Even as we hope for codification to occur, we need to ensure that all divorces happen in a court of law, within the Quran’s parameters. Men should have to go to court for divorce – currently, men can unilaterally divorce their wives just by saying the word talaq thrice, or even by SMS or through a letter. This causes grave injustice to women,” Sayeed said.

He has appealed in court asking that Qazis (religious clerics) should be prohibited from approving triple talaq on the grounds that they did not have the authority to do so.

The ruling Bharatiya Janata Party led by Prime Minister Narendra Modi, which came to power in 2014, had promised to draft a Uniform Civil Code (UCC) in its manifesto.

The code is meant to introduce a common set of laws governing marriage, divorce, inheritance, adoption and maintenance for all citizens.

“It is crucial that demand for codification of Muslim personal law should not be read as a demand for the UCC,” Soman of BMMA told Al Jazeera.

“Communal forces have appropriated the demand and current proponents of UCC refuse to clarify if, for instance, Hindu laws on marriage will be repealed. Muslim women are far from convinced that the UCC will improve matters.”