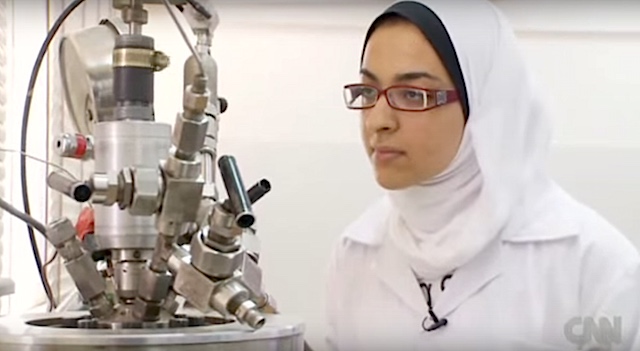 An Egyptian teenager has discovered an inexpensive way to turn plastic trash into fuel — and it could be worth tens of millions of dollars a year.

Azza Faiad’s ideas attracted the attention of the Egyptian Petroleum Research Institute. The institute gave the teen access to a lab and its researchers in order to help refine her trash to fuel formula.

Faiad discovered a cheap and plentiful catalyst called aluminisilicate that drastically reduces the cost of converting plastic waste into gases like methane and propane, which can be turned into ethanol, what some scientists are calling “biofuel” because the organic chemicals from plastic polymers she extracts, are the same chemicals extracted from vegetation to create ethanol biofuel.

The process releases other chemicals that can also be recycled and sold.

Egypt produces a million tons of plastic trash every year, and it’s estimated Faiad’s process could convert that much trash into fuel worth$78 million every year.

In fact, she believes it could raise the total return to $163 million each year from Egypt’s plastic trash.

The European Union Contest for Young Scientists has already honored Faiad with a prize for her work and she is now working on a patent for her trash to fuel process.