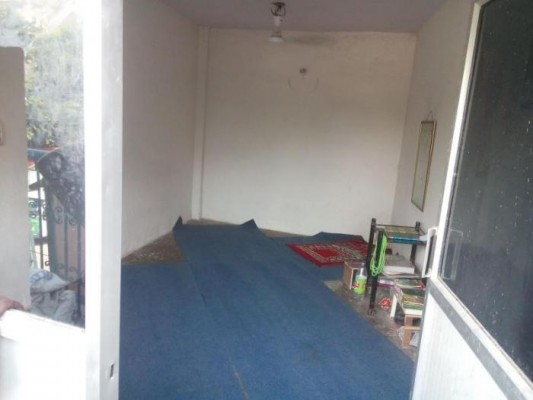 A 10,000 strong Muslim community in a hamlet in North West Delhi has no choice but to to invoke the Almighty in a rented 12 by 16 room since they don’t have a mosque in their locality.

Residents living in Rajapur Village say that even after 69 years of independence, they do not feel free as the administration does not pay heed to their needs. The room that has been rented out for Rs 5,000 can hardly accommodate 12-13 people at at a time.

People residing here mostly constitutes of migrants from states like Uttar Pradesh, Bihar and Madhya Pradesh who shifted to Delhi long back to earn livelihood. “I came here 12 years back. Many of us are living here for more than 15 years. Approximately 60 percent of the population living in Rajapur village constitutes of people from Muslim community who are either daily wagers or small-scale entrepreneurs. However, unfortunately, there is not even a single mosque here to offer Namaz collectively,” explains Ashraf Ali, a resident. Most of these migrants have valid identity proofs as they are living in Delhi for a long time.

The nearest mosque for the people here is five kilometre away. On festive occasions like Ramdan and Eid, people here have to travel all the way to either Mangolpuri or Rohini Sector-16. Due to space constraints, devotees even offer Namaz on pavements sometimes, when they have to hold congregations.

“It is difficult for us to go Mangolpuri or other places on a daily basis during the holy month of Ramadan. The youngsters or those having their own conveyance can easily commute but elderly people face a harrowing time in covering a distance of five kilometers. It goes without saying that we need a mosque in the locaility,” shares Gulsher Mallik, 55, a local.

People here also claim that huge chunks of land owned by Delhi Development Authority (DDA) are lying vacant. They are demanding that the community should be alloted with at least a small plot to build a shrine. “Even a hundred metre plot would do. It would be better than this 12 by 16 room. It has been 69 years since the country attained freedom but still we are paying rents to avail our freedom of religion,” complains Ashraf.

The community claims that they had taken up the matter with Local MLA Vijender Gupta but he pleaded helplessness by saying that the allotment of land is in the hands of DDA.