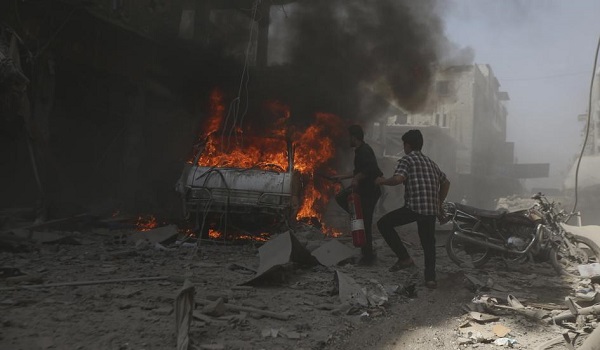 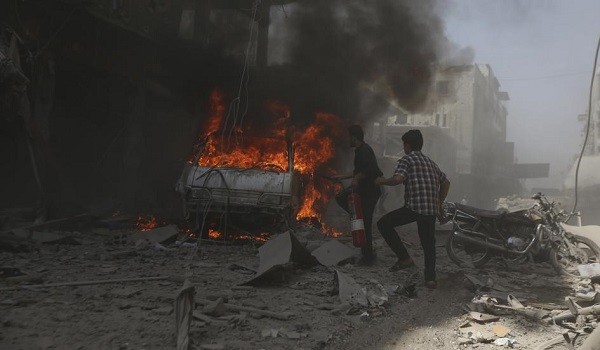 The UN Security Council has unanimously approved a statement backing intensive preparatory talks on key issues to restore peace to Syria, as scores were killed in fresh government air strikes on suburban of Damascus.

The development might be a sign of a deeper change in the UN’s most powerful body as it has has been deeply divided over how to end the war which has killed more than 250,000 people.

The 15-member Council only adopts statements by consensus. The text was drafted by the five permanent members, the United States, Russia, China, Britain and France, following a briefing by UN mediator Staffan de Mistura nearly three weeks ago.

De Mistura proposed inviting Syria’s warring parties to take part in four UN-led working groups on how to implement a roadmap to peace, since the groups were not ready to hold formal peace talks.

The UN statement supports de Mistura’s plan to work towards “political negotiations and a political transition” based on the Geneva Communique, which was adopted in 2012 by the first international conference on the issue and later endorsed by the Security Council.

The Communique calls for the establishment of a transitional governing body, with full executive powers and made up by members of the present government and the opposition and other groups, as part of agreed principles and guidelines for a Syrian-led political transition.

But Venezuela’s UN Ambassador, Rafael Ramirez, said that his country disagreed with some parts of the statement but reaffirmed its support for de Mistura’s efforts.

“This council must be impartial and objective in dealing with the Syrian crisis; disregarding first of all the legitimacy of the government of President Bashar al-Assad violates the sovereignty of these people,” Ramirez told the Council.

Meahwhile, Syrian warplanes attacked the Damascus suburb of Douma on Monday as the death toll from airstrikes on a market in the same area the previous day reached 96, a monitoring group said.

The London-based Syrian Observatory for Human Rights said 240 people were wounded in Sunday’s attack on the market that was condemned by the UN humanitarian chief, Stephen O’Brien.

A Syrian government crackdown on a pro-democracy movement in 2011 led to an armed uprising. The Islamic State of Iraq and the Levant group have since seized on the chaos to declare a so-called caliphate in territory they have seized in Syria and neighbouring Iraq.

The UN has said that some 250,000 people have been killed and an estimated 7.6 million are internally displaced. Another four million people have fled Syria.