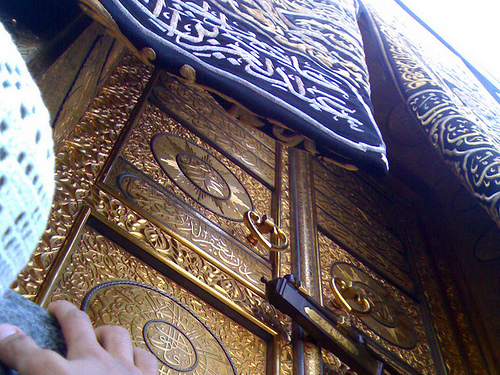 The pilgrimage is no easy task, the Messenger of Allaah sallalaahu `alayhi wa sallam described it as the Jihaad of women. In an effort to alleviate some of its difficulties we discuss a whole range of issues from travel precautions to leaving behind a will. We talk about food, transport, essential Hajj gear and a whole bunch of other things. Practically preparing for Hajj greater facilitates a better Hajj experience and the appreciation of its ideals and meanings.

1. Photocopy all official documents including the passport, making extra copies; leaving a copy behind and taking one with you.

2. Leave behind a will. It will focus your heart on the Hereafter. Many go on this journey and do not return.

Educate Yourself and Remain with the Learned

1. Gain authentic knowledge about each and every aspect of Hajj. Familiarize yourself with the Hajj plan.

2. Re-learn the basics of Islam: Those going for Hajj should make sure that they know how to perform Wudoo’, Salaah and also the Funeral Prayer.

3. Read the stories revolving around the Hajj rites like Prophet Ibraaheem `alyhi al-salaam.

4. Remain with the People of Knowledge who can explain the rites correctly. Find a group that organizes daily motivational reminders & guidelines on how to practically perform the various rites.

5. Read the book “Getting the Best Out Of Hajj” by Abu Muneer Ismail Davids. He guides along every step – both before and during Hajj. A lot of practical advice as well.

6. Learn relevant du`aas to be recited when doing Hajj.

7. Do not just read from books but do du`aa from the heart.

8. Plan ahead the conversation you will be having with your Rabb! You will be prepared to converse and spill out what is in your heart to your Rabb and weep to your heart’s content.

9. Pray for the people that are working during Hajj for your safety: police, doctors, cleaners and guides. Make du`aa for the oppressed, including Muslims in Syria, Palestine, and Burma

2. Keep in mind that you may want to put your slippers in a bag when you go to Masjid al-Haram. The floor of the Haram is granite and may be hard on sensitive feet. Take something that has some padding to ease the hardness of the floor and pain on the feet.

3. Stay light. Keep your baggage to the essentials.

4. Keep a prayer mat with you while in Makkah. It can be very uncomfortable praying on the hard floor.

6. Take Vaseline to stop your upper thighs from getting a rash by rubbing as there’ll be a lot of walking.

7. Have some basic medicines on hand for cuts and bruises (which you may develop due to much walking.)

8. Women, please bring a pair of scissors so that it is easy to cut your hair at the end of Hajj.

9. Take (perfume-free) liquid soap rather than a bar which becomes difficult to re-package once wet.

10. Have a small bag containing all your toiletries. It helps especially in Mina.

1. Be as fit as possible before you go. You will often find yourselves without transport for long stretches at a time, and it’s useful to get in a habit of walking a few months before you leave. You’ll find yourself less tired that way.

3. Keep some healthy snacks because one can end up waiting several hours at the airport.

4. Do not waste food. Eat what will keep your back straight and do not over-indulge.

5. Carry medicines and multi-vitamins in case someone falls ill.

3. Keep some money on the side so that you can give to the poor.

4. Try to greet Muslims from other countries as much as you can. Hajj is the largest meeting for the Ummah.

5. When it is time to collect stones at Muzdalifah, try to collect extra. There are many you’d come across who would need them. Also some of the elders need help with collecting stones as well.

1. If you see a lot of people making rows for prayer outside the Masjid, do go further and try to get inside as there would normally still be space inside. Some people like to pray outside so that it’s easier to get back.

3. There are Zamzam reserves everywhere; no need to fight for the Zamzam straight after Tawaf. Look around for others.

In Mina, `Arafah, and Muzdalifah:

4. Avoid the rush and save your time by scheduling bathroom trips in Makkah, Mina, Arafah, and Muzdalifah.

5. When you reach Mina and settle down, just take a few friends with you out of the tent and get familiarized with the high rise/popular landmarks around and try to reach your tent from those points.

6. Jamarah (pelting stones) after Zuhr is optimum as it’s not crowded.

7. Stick together as a group. Make sure you have a fixed meeting place which everyone knows in case someone gets lost.

8. Do not wait for the group for all your activities. There is a very fine balance between being a team player and keeping the spirit of the “jamaa`ah”, and between wasting your time waiting for people to do things so you can take action. One is often caught in a situation where some people want to go left and others want to go right, and both directions are right. You must proactively have a set plan and mechanism of how to decide rather than putting yourself in risk of unplanned choice under pressure.

9. Be clean, tidy, don’t litter,. This is crucial given the issue of littering and poor hygiene is faced every single year.