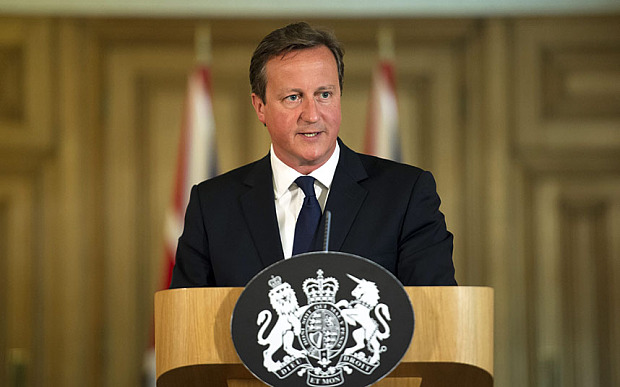 What did your speech on radicalization this week actually mean to someone like me?

Despite being born in Manchester, growing up here and being a proud Mancunian (let’s overlook my support for Liverpool FC), for the first time in 37 years I feel as though I don’t belong. And yes, I am Muslim. Just a British Muslim.

I used to hear the term “Muslim community” and think of a peaceful hard-working community who settled in the UK to create a better future for generations to come. Now I hear that and it paints a picture of a misunderstood, frightened community under attack and feeling the need to continually apologies and defend its religious beliefs.

There have been many responses to your speech, and some well-researched analyses. But I need you to listen to someone like me. I need to have confidence that the person shaping my children’s future has an understanding of the impact of legislation imposed by you and your government.

Let’s start with the proposal regarding passports. You said this week that parents will have the power to confiscate their child’s passport if they fear they will travel to Syria or Iraq to fight for Isis. No parent wants their child to do that – and not just Muslim parents. Why anyone would join Isis is beyond my comprehension, so having the ability as a parent to stop my child ever coming to harm would be welcome. But just out of curiosity, if my child’s passport is confiscated, would they then be labelled a “non-violent extremist” and, if so, what would be the consequences for them?

Like others before you, including Tony Blair, you say your objection isn’t to Muslims and Islam but towards violent jihadism. It’s difficult for me to believe in your sincerity though, when you’ve created a society where just talking about certain aspects of Islam is now considered extremist.

Muslims and Islam have been vilified and demonized by society and the media. Islamophobic attacks are on the rise. And no, I haven’t been the target of an Islamophobic attack yet, but I’m also not naive enough to think it won’t happen to me just because I don’t wear a headscarf or because my clothing is more westernized. I dread opening my news app in case there’s another unfair, biased headline for which I will then have to apologies, whether it’s about child grooming or a violent killing.

I was pleased to hear you mention Islamophobia, but what have you done to counter it? Did I miss that in your speech, David? Prior to the general election, Theresa May proposed Islamophobia being recorded as a separate crime, but is this actually going to happen?

The media’s prejudiced use of the term “terrorism” has created the link between the word Muslim and terrorism, embedding it in people’s minds and propagating hate towards the Muslim community. Anders Behring Breivik was labelled a terrorist until he was found not to be Muslim; then many chose to brand him a “mass murderer” instead. Dylann Roof was described by many people simply as a “shooter”, despite having a manifesto of hate. Had they been Muslim, both would surely have been straightforwardly deemed “terrorists”. Why should I have to stop my children from watching the news or reading the papers? The media is using the actions of a few – who quite clearly do not understand the meaning of Islam – to tarnish 1.6 billion Muslims worldwide and demonize a peaceful religion. The media needs to take some responsibility for the way in which Muslims are being treated in the UK and for the rise in Islamophobia.

David, you need to ensure the media is fair in its reporting. This double standard, inadequately monitored by the regulator Ipso – the supposedly independent body created after the Leveson inquiry – contributes towards people’s lack of a “sense of belonging” and to radicalization.

You completely failed to mention foreign policy. Do you really believe we didn’t notice the huge elephant in the room? I am not going to go into the politics of the numerous bombings that have been embarked upon, but how do I explain to my children that 519 Palestinian children were killed last yearand the UK did nothing, while approximately half a million people were killed in Iraq on the basis of a hunt for weapons of mass destruction that didn’t exist? Can you come and explain that to my two boys?

I wonder what the future holds for them. Will they be able to practise their faith or will they have to do it discreetly for fear of a teacher reporting them under the current Prevent legislation? Will any signs of increased religious practise be seen as a sign of “radicalization” under this legislation? This same legislation was called a failure in an open letter to a major national newspaper this month by British academics, not just Muslims. Any human being, regardless of whether they are a teacher or doctor, would stop harm happening to others. As a GP I don’t need legislation to tell me to report someone I feel will harm others: I find that insulting. Do you think I have spent the past 12 years of my career allowing harm to occur?

What will the job opportunities be like for my children? You expressed disgust at those who believed “Muslims were taking over the government” when all they would like to do is engage with the system – and surely this fits in with “British values”. But how will you ensure this happens fairly? You failed to mention how you will tackle the discrimination currently faced by Muslims in the workplace. Where is the policy intervention to address this issue so Muslims feel like they “belong”?

You say you want to “empower” moderate voices among British Muslims. I welcome that wholeheartedly. So when will you be replacing the Quilliam foundation with people who represent me and have some credibility and respect among British Muslims? There are “moderate” practising Muslims and organisations who are willing to work with you to tackle the threat of radicalization and who are representative of the 2.7 million British Muslims living in the UK.

The thoughts and worries are endless. This is the reality of being a Muslim in Britain at the moment. If you are genuine about tackling “extremism” talk to the people who matter and address the issues that really count.

I await your reply.