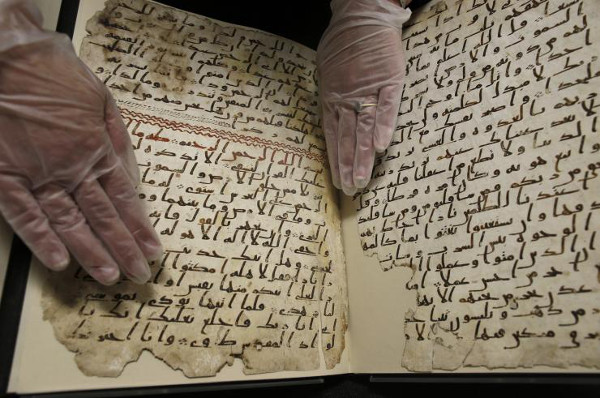 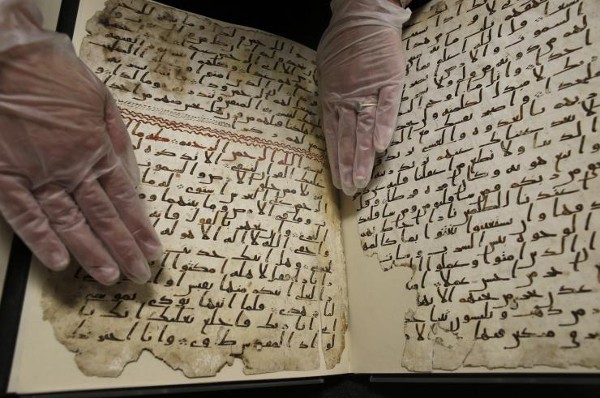 For the world’s 1.6 billion Muslims, the idea that the Qur’an is a seventh century text disseminated by Islam’s founder, the Prophet Muhammad, is neither news, nor particularly controversial.

But in academia the history of this holy text is much more opaque. For researchers in Islamic studies, historical evidence dating the Qur’an back to Islam’s foundational era has proved elusive. This has led to hotly contested academic debates about the early or late canonisation of the Qur’an, with a small handful of scholars claiming that the book is a product of a much later (mid-eighth century and after) age of compilation or even confabulation, when ‘Abbasid-era scholars rationalised and expanded the Muslim religious corpus.

Recent scholarly work on early manuscript fragments of the Qur’an such as those discovered in Sana‘a, Yemen in 1972 gave us portions of Qur’anic text carbon-dated to a few years after the Qur’an was officially standardised by one of Muhammad’s early successors, the caliph ‘Uthman, in around 650 CE. But there has been little clinching evidence to settle the debate about the dating of the text from a scholarly rather than devotional perspective.

But this picture seems to have changed overnight. Two Qur’an fragments unknowingly held since 1936 in the University of Birmingham’s manuscript collection have been definitively dated to the era of Muhammad’s life or a little later.

The writing of the two folios (with text corresponding to chapters 18-20 in the modern Qur’an) has been placed somewhere between 568 and 645 CE, which is very close to the conventional dating offered for the Prophet’s ministry, 610-632 CE. Given the more than 95% accuracy of the carbon dating involved, carried out at the Oxford University Radiocarbon Accelerator Unit, this discovery indicates that these fragments are in all probability contemporary with the Prophet himself.

No wonder that the University of Birmingham, and the city as a whole, has welcomed the news with excitement and pride. There seems some poetic justice in the fact that a city that is home to one of the most multicultural communities in the world (described without irony on Fox News as a “no-go area” for non-Muslims) should now, as it surely will, become a veritable Mecca for both non-Muslims and Muslims eager to examine for themselves these almost 1,400 year-old pages, which are offered in a clear, legible, even beautiful hand.

Certainly, the discovery will have its detractors, and no doubt these will be of two kinds. First, from those historians who are cautious, even sceptical about carbon dating as a tool of evidence.

On the whole, palaeography (the study of handwriting) and carbon dating have worked side-by-side to offer a clearer picture than ever of the date-range of various textual materials for ancient and medieval history. But historians schooled in palaeography or philology (the study of historical language) can often find the evidence furnished by carbon dating to be unfeasibly early. There have been clear instances of carbon dating specifying a timeframe which is undermined by a study of language (such as dialect or idiom), of script and of what I will call circumstantial evidence, namely what is known from written histories or from archaeological remains about the spread of texts and of ideas.

French scholar François Déroche, for example, argued in 2014 that carbon dating seems to offer too early a time period for the Umayyad-era (661-750 CE) Qur’ans that he has examined. Such discrepancies can usually be attributed to the fact that carbon dating provides a reasonably accurate assessment of the date of the medium of writing – for example, the death date of an animal whose skin is used for writing on – rather than the date when of the writing itself. Yet the widespread use of the method for dating ancient and medieval texts and artifacts bears witness to its importance as a powerful tool for establishing a reasonable range of dates for any given object.

The other group who may find fault with this discovery are those writers for whom “Islam” is a collection of ideas and strictures developed in a much later (post-conquest) era and projected back on to the seventh century. For such hardwired sceptics, it may be that no historical evidence carries the power to shift their convictions. This new discovery may be dismissed by such voices as part of the global conspiracy to give Islam’s self-created narrative more credence than it deserves.

But for academic historians of early Islam, the early stabilisation of Qur’anic text is one of the few areas which a broad spectrum of scholars agree on. In the words of the recently departed historian Patricia Crone, a widely acknowledged expert on early and medieval Islam:

“We can be reasonably sure that the Qur’an is a collection of utterances that [Muhammad] made in the belief that they had been revealed to him by God … [He] is not responsible for the arrangement in which we have them. They were collected after his death – how long after is controversial.”

It is this last point of controversy that the Birmingham discovery illuminates. Clearly, Qur’anic verses with a very close match to the version we have today were being transcribed during or soon after the Prophet’s lifetime. So historians of early Islam have good reason to feel excited, if not gratified, by this discovery.

Fozia Bora is Lecturer in Middle Eastern History and Islamic History at University of Leeds.

This article was originally published on The Conversation.