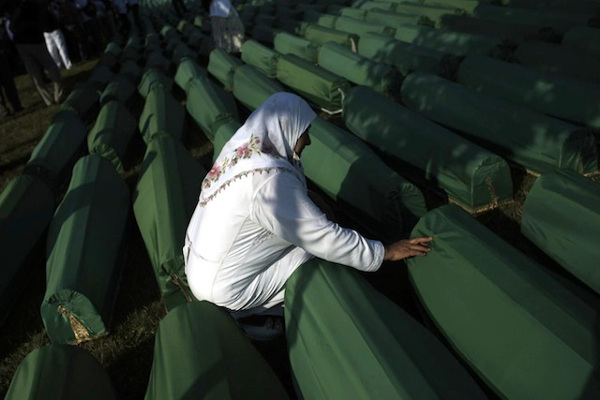 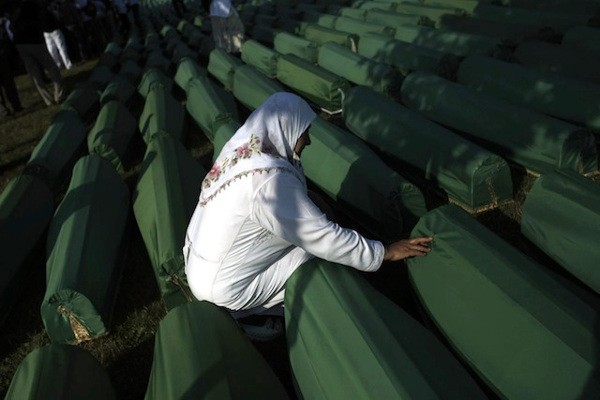 It’s been 20 years since Fatima, Rejha and Sabaheta lost their sons and husbands in the Srebrenica massacre — but the grief is still as raw as if they disappeared yesterday.

The nightmare began on July 11, 1995, the day Bosnian Serb forces overran the eastern Muslim enclave of Srebrenica, a UN-protected zone at the time.

“The shells were falling everywhere. There were wounded and dead people in the street. A lot of people, women, children, were fleeing,” recalled Fatima Aljic, 66, who now lives in Sarajevo.

“Men and boys decided to go to the forest. We split with them.”

Her husband and two of their sons joined some 15,000 Muslim men and boys who began a 100-kilometre (60-mile) march to reach territory controlled by Muslim forces. Thousands of them never made it.

“We didn’t say anything at the moment of separation. There was a lot of confusion. Unable to say a single word, I just hugged our youngest son,” she said.

Fatima and her mother fled to the UN base in Potocari outside Srebrenica, where some 26,000 people — mostly women and children, but also hundreds of men — sought refuge.

Twenty years later, the huge space is home to a memorial centre commemorating the massacre, in which Bosnian Serb forces killed some 8,000 Muslim men and boys over the course of several bloody days in July 1995.

The worst atrocity in Europe since World War II, the mass killing has been ruled a genocide by two international courts.

More than 6,200 identified victims have been buried at the memorial centre.

Fatima’s youngest son Dzemal — just 17 at the time of the massacre — will be among 136 more laid to rest there on Saturday, the 20th anniversary of the start of the killing.

His remains were exhumed from one of 93 mass graves uncovered to date around Srebrenica.

“I saw him. There was a pelvis, a foot, an arm, a leg. It’s awful,” she said, struggling to hold back tears.

Dzemal’s remains will join those of Fatima’s husband and their second son Seval — aged 21 at his death — who have already been reburied at the memorial after their bodies were found in a mass grave in 1996.

Her oldest son Sabahudin was 22 when he went missing in 1992 from their village of Dobrak at the start of the three-and-a-half-year civil war. He was never found.

Rejha Ademovic spends long days staring at a photo on the wall of her joyful two boys, taken three months before the massacre.

Nezir was 22; Muamer was 15. Together with their father, they had joined the march to Muslim-held territory.

“I thought that the youngest would survive because he was a minor. But it was his body that was found first,” 65-year-old Rejha told AFP at her home in Sarajevo.

Nezir’s body was never recovered. Muamer’s, found in a mass grave in 2006, has been laid to rest at the memorial; on Saturday Rejha will bury her husband Hakija there too.

“They never leave my mind,” she said. “Sometimes I do not sleep all night. They were really good boys — I particularly regret that they left so young.”

Youth did not save Sabaheta Fezic’s son Rijad, either. The 16-year-old went with his mother to seek refuge at the UN base at Potocari — only to be dragged away by Serb soldiers.

“They told my son to go to the right, but we stayed together. Than they yelled and pulled him by the arm. I couldn’t do anything; there were just too many of them. Rijad started crying and just said: ‘Mum, please go’.”

Her husband, who had joined the march into the forest, is still missing.