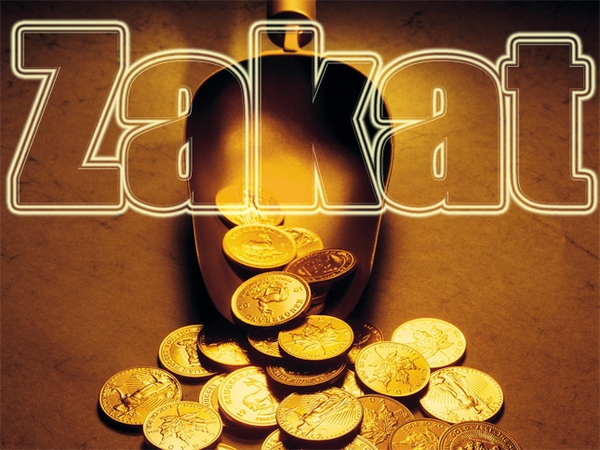 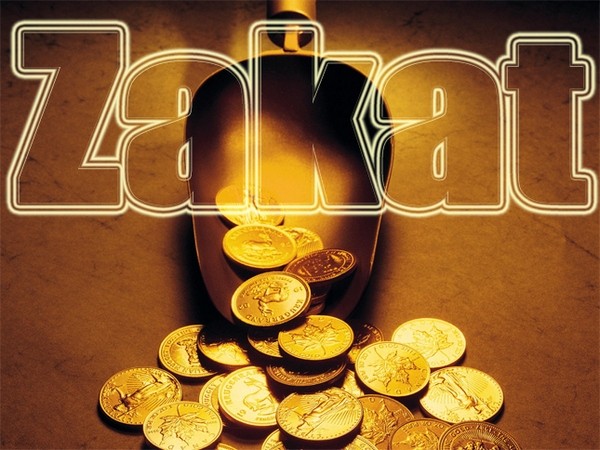 MV Editor’s note: In these final days of the noble month of Ramadan and we seek means of getting the most possible spiritual benefit given the month’s blessing, a look at Zakat, the financial pillar of the Religion, is in order.

To help us understand and make the most of our Zakat we offer this reader which begins with Imam al-Ghazali’s discussion of the inner dimensions of Zakat and then there is a series of links to reliable websites that explain various aspects of  the laws of Zakat and PDF downloads as well.

May Allah accept from the entire Umma in this blessed time.

The Inner Dimensions of Zakat

from the Ihya Ulum al-Din of the venerable Imam al-Ghazali (source Sunnah.org)

Certain inward attitudes and duties are incumbent on those who seek, through the payment of Zakat, that which leads to good in the Hereafter:

To understand the necessity of paying Zakat, how it represents a test of character, and why it has been made one of the fundamentals of Islam, even though it is a financial transaction and not a physical act of worship.

Testing the degree of love for Allah

To pronounce the two sentences of the Confession of Faith (Shahada) (“There is no God but Allah-Mohammad is God’s Messenger”) is obligatory as affirmation of the Divine Unity and testimony to the singleness of the One to Whom all worship is due.

Complete fulfillment of this obligation requires that he who affirms the Divine Unity should direct his love to none but the One, the Unique.

There is little value in mere verbal affirmation.The degree of love is tested only by separating the lover from other things he loves.

Worldly goods are an object of love in everybody’s eyes, being the means by which they enjoy the benefits of this world. Because of them, we become attached to life and shy away from death, even though death leads us to meet the Beloved (Allah).

The truth of our claim to love God is therefore put to the test, and we are asked to give up the wealth which is the apple our eye.

That is why Allah said: “God has bought from the believers their persons and their goods, Paradise being theirs for the price “ (Quran: 9:111).

Allah also says that true piety means giving away one’s wealth, in spite of love for it, to close relatives, orphans, the wayfarer and beggars, and for the emancipation of slaves.

The elimination of miserliness

The Divine decree by which Allah bids His servants to spend their wealth, is also significant in purging the habit of miserliness, which is a deadly sin.

“And whosoever is saved from his own covetousness, such are they who will be the successful” (Quran 59:9).

The habit of miserliness is only eliminated by making oneself accustomed to spending money, for to break an attachment one must force oneself away till a new habit is found.

The purity he acquires is in proportion to his expenditure, to his delight in giving away and to his joy in spending for the sake of Allah.

The third factor is gratitude for benefits received, for the servant is indebted to Allah for personal and material bounties

Payment of Zakat at the proper time

The second duty with regards to Zakat concerns the time of payment .

A good practice is to anticipate the moment when payment is due.

This demonstrates a willingness to comply by bringing joy to the hearts of poor, forestalling the obstacles time might place in the way of charitable action, being aware that there are dangers in delaying payment, as the servant runs the risk of disobedience should he or she postpone beyond the appointed moment.

Whenever the impulse to good arises from within,the opportunity must be grasped at once as the believers heart lies between the two fingers of the All-Merciful. Yet how fickle is the heart! The devil threatens poverty and bids us to commit atrocious and abominable deeds.

Demonic suggestion follows hard on the heels of angelic inspiration. One should therefore seize the opportunity and fix a definite month for giving Zakat (if one is used to paying it all at once.)

One should endeavor to choose one of the most opportune times to pay Zakat, resulting in more closeness to Allah and compounding the value of the Zakat.

One such favorable time would be month of Muharram, since it is the first month of the Islamic year and one of the sacred months. Another is Ramadan.

The third duty is secrecy, for this is farthest removed from hypocritical display and reputation-seeking.

Allah says, “If you disclose your Sadaqat (alms giving), it is well, but if you conceal it, and give it to the poor, that is better for you. (Allah) will forgive you some of your sins. And Allah is Well-Acquainted with what you do” (Quran 2:271).

According to one Hadith, the Prophet said, “Seven people will be shaded under Allah’s Throne on the Day on which there will be no other shade: a just ruler, a young person who worships Almighty Allah, a person whose heart is attached to Masajid, two people who love one another for the sake of Allah, and who come together and part for His sake, a man who is called by a beautiful woman of good family, but refuses her, saying ‘I fear Allah’, a person who gives his money in charity so secretly that his left hand does not know what his right hand gives, and someone who remembers Allah privately, so that his eyes brim with tears.”

According to one of the scholars, “Three things are accounted among the treasures of righteousness, one of them being to give Alms in secret.”

Whenever fame is the donor’s objective, his work will be in vain, since the purpose of alms giving is to eliminate miserliness and to weaken the love of wealth. But the love of status has a stronger hold over the soul than the love of wealth, and both of them have deadly consequences in the Hereafter.

The fourth duty, when one knows that such conduct will tend to encourage others to follow suit, is to let one’s giving be seen.

In doing so, however, one must be inwardly on guard against hypocritical motives.

Apart from the expectation of gratitude and the risk of hypocrisy, there is another danger in visible alms giving, namely that of offending a poor man’s dignity. It may be hurtful to him to be seen to be needy.

But someone who begs in public is bringing the disgrace upon himself; there is therefore no sense in being wary.

The fifth duty is not to invalidate one’s alms giving through taunting and hurting.

As Allah said, “Do not make your Alms giving void by taunting and hurting.”(part of Quran 2: 264).

One should therefore realize that giving alms is actually paying Allah, Great and Glorious is He, what is due, while the poor person is actually receiving his sustenance from Allah.

Anyone who grasps the significance of the three points mentioned above while discussing the purpose and importance of the Zakat, or even one of them, realizes that he is a benefactor only to himself , through spending his wealth either to demonstrate his love of Allah or to purge himself or herself of the voice miserliness, or to give thanks for the blessing of wealth in the hope of receiving more.

The sixth duty to think little of one’s donation, for to regard it highly is to invite that pride which is one of the deadly sins, making good deeds worthless.

It must be recognized that ten of two and-a-half percent is a tiny fraction, and that to pay only this is to content oneself with the least generous level of expense as we have explained above.

This is something to be ashamed of rather to boast about. Even if one rose to the highest level, disbursing all or most of one’s wealth, one should still reflect on where it came from in the first place, and for what purpose it is being spent.

For all wealth belongs to Allah. It is to Him that one should be grateful for for being given it and being enabled to spend it, so why pride ourselves on spending for the sake of Allah when it is actually His property?

And, if one’s situation is such that one must look to the Hereafter, spending for the sake of spiritual reward, why boast of giving what one expects to receive many many times over?

As for action, one’s giving should be done with a sense of shame at one’s meanness in holding back the rest of one’s wealth from God, Great and Glorious is He.

One’s demeanor should be humble and abashed, like that of someone who is asked to hand back a deposit but returns only part of it and holds on the rest.

For all wealth belongs to Allah and He would prefer to see us give all we possess. If He has not commanded His servant to do so, it is only because that would be too hard on them by reason of their greed.

As Allah says: “If He were to ask you of it, and press you, you would covetously withhold, and he will bring out all your (secret) ill wills'” (Quran 47:37).

Give the best and the dearest

The seventh duty is to select from one’s wealth what is best and dearest to one: the finest and most excellent part, for God,exalted is He. Allah is good and accepts only what is good.

If the offering has been acquired by dubious means, it may not strictly belong to the donor and will then be disqualified.

“O you who believe! Spend of the good things which you have (legally) earned, and of that which We have produced from the earth for you, and do not aim at that which is bad to spend from it, (though) you would not accept it save if you close your eyes and tolerate therein. And know that Allah is Rich, and worthy of all praise.” (Quran 2:267).

Seek the Worthy and Deserving

The eighth duty is to seek out the truly worthy recipient for one’s offering (Sadaqa), rather than be content with just anybody who happens to fall within the eight categories of legally qualified beneficiaries.

For among those generally eligible there are some with special qualities. Attention should be paid to these five qualities:

First, one should seek out those pious people who have renounced the world and devoted themselves exclusively to the business of the Hereafter.

Second, the recipient should be chosen from among the people of learning, to support him in his quest for knowledge. Learning is the noblest form of worship, so long as it is based on right intention.

Third, the recipient should be a person who kept his need to himself, not being given to fuss and complaint.

Fourth, the recipient should be someone with a large family or disabled by illness or some other cause.

Fifth, the recipient should be a close relative, whether paternal or maternal.

Each of these points should therefore be taken into consideration, for they represent the desired qualities. Within each quality there are further gradations, so one ought to seek the highest .

If anyone can be found in whom all these qualities are combined, that is the greatest treasure and the supreme prize. If one does one’s best and succeeds, one gets a double reward, but even if one fails, there is still a single reward for the effort.

The Fiqh of Zakat

This downloadable audio and PDF of the webinar How to Calculate Zakat by Ethica Institute of Islamic Finance covers many important areas including: