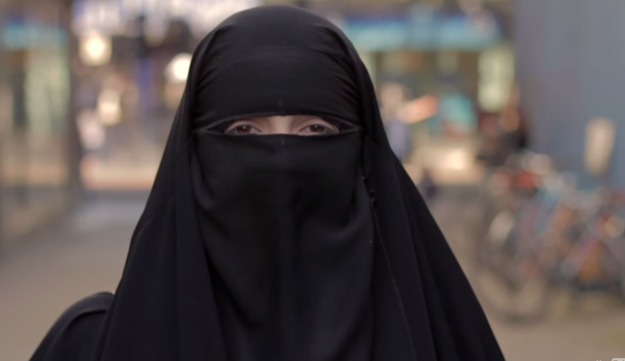 A British Muslim woman is campaigning to raise awareness of the abuse she and other women face while wearing a niqab.

Twenty-two-year-old Joni Clarke, resident of southeast London, has decided to raise awareness of the abuse and discrimination that Muslim women face by making a short film. The film, My Freedom, My Right, features Clarke reciting a poem that recalls comments made to her because of her niqab.

Speaking about the film she said, “I made the video to prove a point – I wanted to highlight that people who go through struggles and discrimination every day, but are rarely talked about by the media.”

Clarke wants everyone to be treated as ‘individuals’ and urges people to stop ‘judging a book by its cover’. She turned to Islam when she was only 17 and chose to wear a niqab after studying the history of Islam.

“I was reading about the women of early Islamic communities,” she said. “Many of the Sahabah (RA) [companions of the Prophet Muhammad (PBUH)] are revered women in Islamic history, so I tried to follow what they did, including wearing the niqab.”

“Some people look up to people like Rihanna or other celebrities, but for myself, I look up to those women and chose to do things like they did.”

Since she started wearing a niqab, she has been insulted, threatened, and even attacked in public, she said and added, “When I was pregnant I got followed up the road by a bin man who shouted at me, ‘Terrorist, go home!’ and I’ve been told several times to go ‘back to my country’”.

Clarke maintains there are many Muslim women who receive worse treatment because they choose to wear the veil.

“I’ve had people flicking cigarette butts at me to try set my niqab on fire, and I’ve almost been run over a few times.”

My Freedom, My Right is not only a step towards creating awareness among the people about the sufferings of the Muslim women but also aims to alleviate their sufferings.