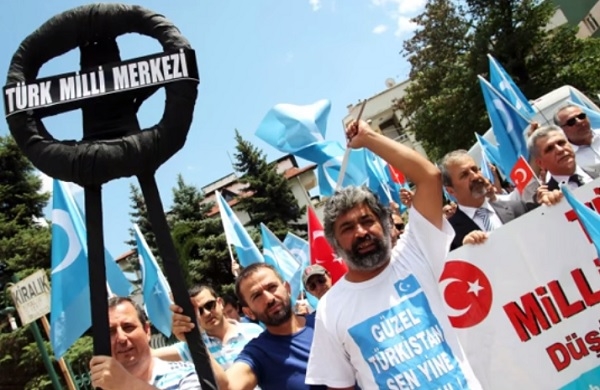 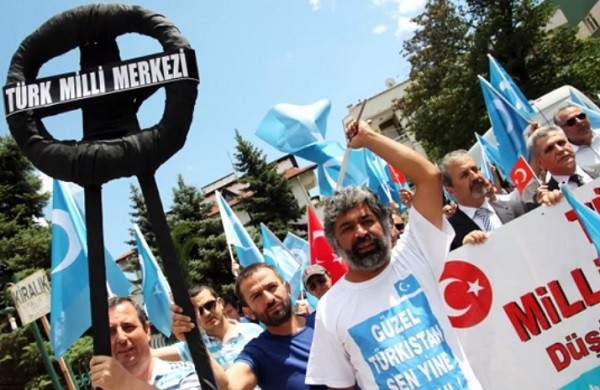 The Chinese government has issued advice to its citizens in Turkey following protests against the Chinese treatment of Uighur Muslims.

Several tourists have been attacked by Turks angry about the treatment of China’s ethnic Uighur Muslim population. In the Turkish capital of Istanbul, hundreds of demonstrators gathered around the Chinese consulate, according to the BBC.

The official advice from Beijing is to avoid walking the streets alone or attempting to film the protests. Chinese authorities also released a statement claiming that it is fully aware of the importance of the freedom of Muslim religious beliefs and respects the needs of the Uighur population.

A wave of reports in the Western media accused China of banning religious rights in the Xinjiang province during Ramadan, but officials said that they were “completely at odds with the facts.”

Turkish Muslims and Chinese Uighurs have significant cultural and religious ties, as well as sharing ethnicity. The Turkish government requested a meeting with the Chinese ambassador following reports that the Uighur had been banned from respecting Ramadan.

Violence in Xinjiang province has caused the deaths of hundreds of people in recent years. Uighur leaders claim that Beijing’s repressive policies towards the Muslim population are stoking unrest, whereas the government blames the situation on Islamist terror groups.

A history of ethnic strife

At the protests in Istanbul on Sunday, protesters could be seen burning the Chinese flag and waving banners, including one which read: “Turkey save your Brother – China get out from East Turkestan.”

East Turkestan was an independent state for a short period of time before it was taken over by the Chinese in 1949. Beijing then set up the Xinjiang Uyghur Autonomous Region in 1955.

China’s foreign ministry reported that “multiple” demonstrations against the Chinese government had taken place in Turkey, and “several” Chinese visitors had been attacked. Reports have also surfaced that a famous Chinese restaurant was damaged during the protests.

Reports in the Turkish media stated that a group of Korean tourists had been attacked after protesters mistakenly believed they were Chinese. Police had to use tear gas to disperse the protesters after they attacked the visitors near the Topkapi Palace along the coast of the Bosphorus.

Turkish television broadcast footage of police coming between the protesters and East Asian tourists. One woman could be seen shouting “I’m not Chinese! I’m Korean!” in English as she was escorted away by police.

China has implemented stricter rules in Xinjiang in the past 12 months, which officials say are designed to combat “terrorism driven by religious extremism.” In some areas the new rules prohibit Uighurs from buying knives and women from wearing traditional Muslim veils.

Further evidence of the crackdown is provided by security checkpoints, which can now be seen on roads and near markets and shopping malls. Some Uighur students previously told the BBC that they have been banned from fasting during Ramadan, and civil servants have been prevented from doing so by the government.

The issue is one of fervent debate on popular Chinese microblog Weibo, where a user known as Dan Duo Duo 35 wrote: “Our policies towards ethnic minorities are still not good enough? They have less strict requirement for university exams, special prayer rooms in airports, and food labelled with Halal. The Han people are the disadvantaged one.”

According to reports, the provincial government called a special meeting to discuss how to ensure that Muslim religious rites would not be disturbed during the month of Ramadan, while the Chinese Foreign Ministry issued advice to overseas travelers urging them to respect Muslim religious customs.

Despite official denials of any anti-Ramadan policies, a number of websites belonging to local government organizations and schools contain warnings which would suggest that Muslims are in face being discouraged from observing Ramadan.

The Food and Drug Administration for Xinjiang’s Jinghe County asks its employees to sign a document, part of which is a “pledge to obey political discipline to firmly ensure that families that have (Communist) Party members and students will not fast and will not participate in any forms of religious activities.”

Policies which restrict Party members and students from observing religious rites are exactly the kind of policies which the Uighur complain about. Growing awareness of restrictive policies in Xinjiang province draws attention to Beijing’s methods of taking control of restive areas of the country, and could provoke further opposition from groups around the world.