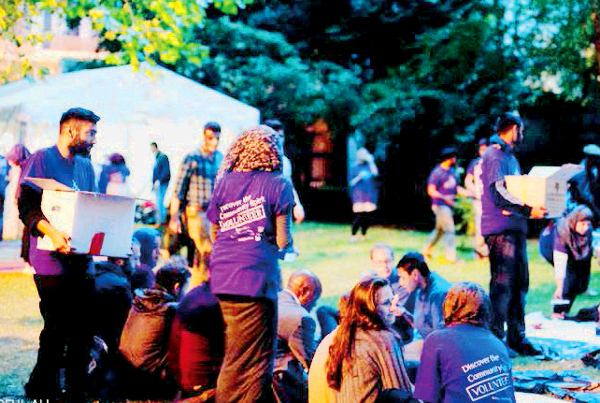 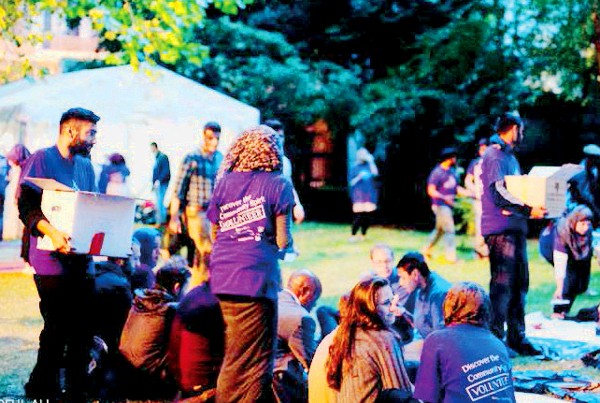 As with other religions, Islam contains teachings that can be misappropriated by those seeking power, vengeance or destruction. Yet, for the overwhelming majority of Muslims in Australia and around the world, their lives are a daily quest for one thing: peace.

Understanding this better might turn out to be a more potent weapon against radicalization than border protection, metadata storing or citizenship stripping.

Last week, Premier Mike Baird fasted for a day and hosted a Ramadan dinner that night, demonstrating a more sincere engagement and commitment to the Muslim community than we have seen federally.

The more people can forge connections with another culture, the less likely they are to be swayed by fear campaigns and crude stereotypes. We know stereotypes are dangerous things, but how many of people go out of their way to test stereotypes?

How many people have had a positive brush with a Muslim to counter their caricature as terrorists and sympathisers who want us all to follow sharia law and eat halal food?

The month of Ramadan is a special time for Muslims and fasting is one of the five core pillars of Islam, along with faith, prayer, charity and pilgrimage. Presently, about 500,000 Australians are fasting in daylight hours for 28 days. The aim is to attain a stronger spirituality and self-discipline by ignoring earthly desires.

Ramadan is a perfect opportunity for all of us to connect and test the stereotype. Every night of the week during Ramadan, Australian suburbs with sizeable Muslim communities come alive as the day fades into night and Iftar, the evening meal, begins. There is a wonderful array of food, shared warmly by Muslim and non-Muslim alike in a festive atmosphere. At the conclusion of Ramadan, Eid al-Fitr – a three day festival that is like Christmas, but with more food and less champagne – kicks off.

Since Australian Muslims come from Asia, Europe, Africa and the Middle East, the array of dishes and flavours is immense. It’s not all about kebabs and falafels – amazing curries, soups, pastries and exotic juices cram the table. You’re also likely to be overwhelmed by the warmth and hospitality bestowed on strangers.

Tragically, we cannot escape the reality that some people on the radical fringes have, and will, commit atrocities in the name of Islam. How we respond to this as a united community will define whether this reality becomes entrenched or ultimately fades into our past as a sad chapter in Australia’s multicultural story.

In the last federal budget, an additional $630 million was allocated to boost the fight against terror. Yet, a ridiculously small $1 million (or 0.0015 per cent) of that is all that has been allocated to fund programs across the whole Australian Muslim community. The Attorney-General’s department is suggesting individual programs can be funded to the tune of $50,000 – barely enough money for one person to administer it, let alone to have a meaningful impact.

Pleasingly, the NSW government recently announced an additional $4 million funding for similar programs. Last week, Premier Mike Baird fasted for a day and hosted a Ramadan dinner that night, demonstrating a more sincere engagement and commitment to the Muslim community than we have seen federally. This type of leadership needs to also come from the top: the Prime Minister and his government need to peddle more than just fear and mistrust.

Many young Muslims feel unwelcome and powerless in our community and become isolated. Combined with poor employment options, limited engagement and frequent harassment, you have a recipe for radicalization.

Australian Muslim groups are working incredibly hard to expand programs that prevent radicalization and marginalization. These organisations and the overwhelming number of Australian Muslims love this country and are appalled by terrorism.

We need to be serious about fighting the lure of extremism and the alienation that makes people more vulnerable to it. Groups such as Islamic State promise money, power and purpose, while life in Australia, for some, promises only poverty, powerlessness and prejudice.

Acknowledging and addressing this does not make us apologists or sympathisers, nor does it dishonour any victims of terror.

If we can spend another $630 million on the symptoms of terrorism, surely we can spend more than $1 million on its prevention. Yes, Prime Minister, it’s easier to throw money at border protection and look tough on national security, but we ignore engagement and deradicalization programs at our peril.

There will always be a minority radical fringe and our intelligence and police agencies should, of course, be amply funded to deal with this.

Engaging with Muslim communities helps to play a small part in forging a more connected society, where stereotypes are contradicted by experience.

We need to demand the government invests more than just token words in making Australia safer and more inclusive for everybody.