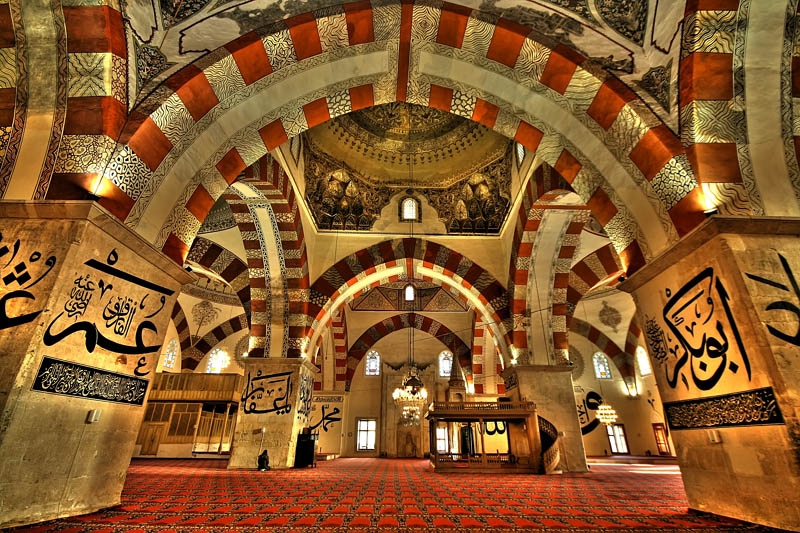 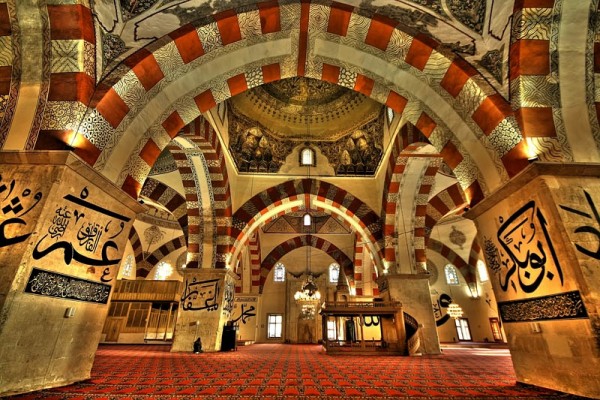 O ye who believe! Fasting is ordained for you, even as it was ordained for those before you, that ye may guard yourself (against evil)” Qur’an: Chapter 2, Verse 183).

RAMADAN IS A MONTH of fasting and prayers for the Muslims. The fast consists of total abstinence from food and drink from dawn to dusk. There is, however, a greater significance to fasts than mere abstinence from eating and drinking. The real objective of fasts is to inculcate in man the spirit of abstinence from sins and of cultivation of virtue. Thus the Qur’an declares that the fasts have been prescribed with a view to developing piety in man, as is clear from the verse quoted at the top of this page.

How are the many facets of piety sought to be cultivated through the fasts?

(1) The prime consideration in undertaking fast, as in any act of devotion, is to seek NEARNESS TO GOD and beseech HIS PLEASURE and FORGIVENESS. This itself generates a spirit of piety in man.

(2) The willful creation of the stringent conditions of hunger and thirst for one’s own self, simply in obedience to the Divine Order, measures the FAITH of man in Cod and helps to strengthen it by putting it to a severe test.

(3) Fasting enhances through creation of artificial non­-availability, the value of the bounties of God, which man is apt to take for granted in the midst of plentiful availability, and thus inculcates in man a spirit of GRATITUDE and consequent DEVOTION to GOD. Nothing else can bring home to man the worth of God’s bounties than a glass of water and a square meal after a day‑long fast. This also reminds man that the real joy in enjoying God’s bounties lies in MODERATION and RESTRAINT and not in OVERINDULGENCE.

(4) Fasting makes us deeply conscious of the pangs of hunger and discomfort suffered by the less fortunate among our brethren, who may have to put up with such stringent conditions all through their lives ‑ it thus en-kindles in man a spirit of SACRIFICE leading to CHARITY towards his suffering brethren.

(5) Fasting affords man an unfailing training in ENDURANCE ‑ i.e. a SPIRIT OF. ACCEPTANCE of the inevitable, which could well prepare him to put up with the unchangeable situations in life in the same spirit of RESIGNATION as cultivated during the fasts.

(6) Fasting develops COURAGE, FORTITUDE and a FIGHTING SPIRIT IN man to surmount the heavy odds in life with a cool and tranquil mind. It sharpens his, power of CONCENTRATION to overcome obstacles, through a vigorous exercise all through the month, leading to a steeling of his WILL POWER and RESOLVE, which could help him in trying situations in actual life. It is seen that many an undesirable habit which is found hard to leave, is more easily left off during the days of fasting.

(7) Fasting teaches man RELIANCE on God and CONFIDENCE in HIM in facing the bitter situations in life with the comforting thought that these too, ordained by Him, could well be surmounted through His assistance alone, even as the rigorous state of fasting for a complete month. For, fasting develops the quality of PATIENCE in man, with the realization that, as the days of fasting, though seeming unending do have a successful and, so are all the bitter situations in life. It therefore infuses a spirit of GOOD CHEER, (driving away BITTERNESS and DESPAIR) in his attitude towards life and in his demeanor towards others.

(8) Through quick alternation of the state of plenty and of scarcity, fasting seeks to inculcate in man the right type of attitude in different situations in life‑ of GRATITUDE and THANKSGIVING in plenty and of PATIENCE and FORBEARANCE in difficulty.

(9) Fasting is meant to CONQUER ANGER, not to augment it, and to develop SELF‑CONTROL in man; for the vigorous effort of willfully putting up with a continued state of hunger and thirst can well be extended to conquer other infirmities of human character that lead man into error and sin.

(10) Fasting inculcates a spirit of TOLERANCE in man to face unpleasant conditions and situations without making his fellow-being the victim of his wrath on account of his adverse conditions, such as deprivation of his basic needs of life, which constitutes the common cause of dissension among men.

(11) Fasting MELLOWS a man and enhances his character, denting the human instincts of ‘PRIDE, HAUGHTINESS, ENVY and AMBITION, for when fasting, a man’s energies are too sapped to follow these instincts which are the chief causes of discord and conflict among men.

(12) Fasting exposes the weakness of man in the event of his being deprived of but two of the bounties of God ‑ those of food and drink; it thus infuses in him a spirit of MEEKNESS and SUBMISSION, generating HUMILITY and PRAYER in an otherwise arrogant man.

(13) Fasting breathes the spirit of FORGIVENESS in man towards his subordinates, as he himself seeks God’s FORGIVENESS through fasts and prayers.

(14) Fasting affords lessons in PUNCTUALITY through man’s strict adherence to various time‑schedules in the observance of fasts and offering of prayers.

(15) Fasting can be made to effect ECONOMY in an individual’s life, which can be extended to wider spheres.

(16) Fasting enforces in man rigid DISCIPLINE ‑ mental, spiritual and physical ‑ a trait of character which forms an essential ingredient to success in human life.

(17) Fasting provides LEISURE, that could he gainfully employed in devotional or intellectual pursuits. The month‑long duration of fasts creates a proper climate for the SPIRITUAL REFORMATION in man, infusing in him a spirit pf enthusiasm and zest to turn over a new leaf ‑ an opportunity provided every year.

(18) On the physical side, fasting cleanses the human system of the accumulated impurities of uninterrupted eating throughout the year. It prepares the body for toughness and hardihood to face disease or conditions of scarcity. The rigid abstinence that the fast provides, regulates man’s HEALTH, sharpens has INTELLECT, gives spurt to his SPIRITUALLY and enhances the qualities of his HEART. With the cleansing of the human body, it paves the way for its easy and effective rebuilding through meals at the end of the day or after the month is over.