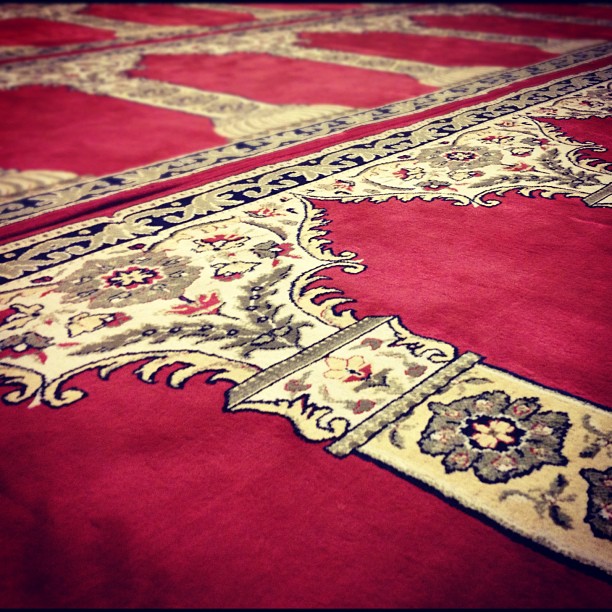 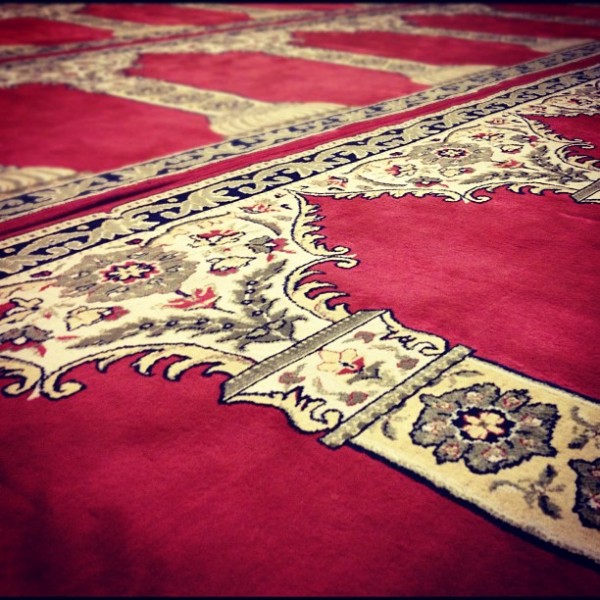 It should be remembered that in Salah, one communicates with one’s Lord, therefore, one should consider how one offers his/her Salah. Allah ta’ala has commanded us to establish the Salah. Establishment means to carry out Salah and all its constituents (including it’s pre-requisite: wudu [ritual ablution]) very carefully. Although the command will apply to the Salah in general, however, one should be extremely particular about the following points:

An Extraordinary Wisdom Behind Wudu and the Purity of Clothes

The clothes of a musalli (person performing Salah) can be likened to the outer peel of a fruit and the body the inner layer. The heart above all is like the kernel within, and needless to say, that the object of the fruit is the kernel. Now the arrangement of all these is such that the condition of one will affect the other. Hence, the peel has to be protected in order to preserve the kernel.

Similar is the case with Salah. The soul and the heart are sure to be influenced due to the outward condition of the body and clothes. Accordingly, one will experience a unique feeling of purity and cleanliness in the heart after having performed wudu that was not present before it.

Evidently, this is the effect of wudu. In conclusion, what seems to be a mere washing of arms and face isn’t only a means of physical cleanliness, but a spiritual one as well. In fact, the act of wudu has been designed chiefly to do away with the impurities of the heart and thereby, building within, the capability to face and communicate with the Lord.

The Benefits of Salah

All the constituents of Salah should be carried out in the correct manner, regardless of whether they are fard, wajib, sunnah or mustahab. One should remember that as the purity of body and clothes affect the heart, the manner in which the Salah is performed, in general, will also have an effect.

A musalli, inspite of his ignorance of the secrets and spiritual effects of Salah, will nevertheless benefit from it.

A musalli, in this context, can be likened to a sick person who, despite not knowing the ingredients and the healing properties of a medicine, is cured by it.

Salah also has a Spirit and a Body

In the transcendental world, like the tangible phenomena, the abstract too have been accorded bodies and spirits by Allah. Salah is no exception. Each of its constituents will go to signify something. Sincerity and concentration form its spirit; the various postures its body, with the ruku’ and sajdah being the arms and legs; the recitations of different postures will stand for the essential organs, such as the eyes and the ears.

Further, to comprehend the meaning of these recitations will give the organs the senses they require, like the sense of hearing and the power of vision etc. Moreover, to offer the Salah with calmness, humility, and fear will constitute its beauty and good complexion. In short, the degree of the beauty and perfection of Salah will be judged by the manner in which it is performed.

In addition to above, there is also the Nearness of Allah that is an objective of Salah.

To make this better understood, it can be said that Salah in the Court of Allah is like a precious gift that is being presented to a king. In this context, it would be more appropriate if we used the example of a slave maid as the gift.

If, suppose, the Salah lacked ruku’ and sajdah, it will be like presenting a lame and crippled slave maid. Similarly a Salah performed without any recitation and dhikr is like the mutilated body of a slave maid. If the recitation is present, but the musalli can hardly comprehend its meaning or is unmindful towards it, it is as if the slave maid lacks the basic senses of seeing and hearing. If, say, the Salah is devoid of sincerity and concentration, it is like presenting the king with the dead body of a slave maid. The gravity of this crime of insulting the king is not too difficult to imagine and it will be punishable only by death. What the outcome of a person gifting such a slave maid will be is quite obvious.

Perhaps, one may object by saying that when all the compulsory acts of Salah are discharged, the Ulama render the Salah valid, regardless of whether the musalli has understood the meaning of any recitation or not. The purpose, therefore, is achieved. This ultimately [means] that to comprehend the meanings of the recitations is not at all necessary due to not having any effect on the validity of the Salah.

The point to understand here is that the Ulama are like physicians and doctors. No matter how frail and disabled a person is, as long as he is breathing and still alive, the doctors will not pronounce him dead.

Similarly, if the major constituents of Salah, like ruku’, sajdah and recitation are present, the Ulama will deem the Salah to be valid. Their rendering it valid is undoubtedly correct, but the point to consider here is that the Salah stands as a precious gift presented in the Royal Court; and, as mentioned, a physically and mentally impaired slave maid will never do as a precious gift. In fact, this would be classed as an outright insult to the king, deserving his anger and severe punishment. Likewise, the presentation of a deficient Salah will inevitably result in the Salah being rejected and thrown back at the musalli‘s face.

It should be understood that the above example has been cited only for the sake of understanding the point, otherwise there is no comparison between the Court of Allah and that of a king.

In short, since the object of Salah is to dignify and honor Allah ta’ala, the degree of this dignity and honor will be assessed in proportion to the perfectness of Salah. Any deficiency in Salah will, therefore, amount to dishonoring the Divine Being.

The Soul and Limbs of Salah

One should be extremely particular about the soul of Salah, i.e. sincerity and concentration.

The words uttered by the tongue should penetrate the heart. Upon the utterance of the words ”Allahu Akbar“ (Allah is the Greatest), for instance, the heart should reflect upon the Greatness of Allah and imagine every other entity to be downright inferior in comparison.

When saying the words Alhamdulillah” (All praises are due to Allah), the heart should fill with gratitude and joyfully sing praises of the Almighty. Similarly, upon reciting the verse”Iyyaka na’budu wa-iyyaka nasta’een“ (You Alone we worship, and from You Alone we seek help) the feelings of humility, weakness and inability should prevail and the Omnipotence of Allah should be predominant. The various movements and postures of Salah should also send an impact on the heart. In the case of ruku’, for example, the heart, in harmony with the body, should also bow with humility. To sum up, it can be said that the outward and inward conditions of the body should be in total consistence, as regards the recitations and other constituents of Salah.

Another point to remember here is that the Salah which is recorded in the Book of Deeds as creditable is only one performed with due concentration, sincerity and attention. A Salah devoid of these factors will be unworthy of acceptance.

The Method of Acquiring Concentration

In the initial stages, it is not uncommon for anybody to suffer from digression of thoughts and lack of concentration, but one will have to be determined and show diligence in regulating one’s thoughts and regaining concentration. Gradually, however, such diligence will not be required as one will begin to get accustomed and digression will soon diminish.

In the meantime, one should never become frustrated due to setbacks, but continue to practice as only practice will make it perfect. Concentration should increase in every subsequent Salah.

If ever, one notices any decrease, it should be compensated by offering optional (nafl) rak’ats – as a penalty – in proportion to the ones performed without concentration. Say, for instance, out of four rak’ats of compulsory Salah, only two or the amount of two were performed with due concentration, nafl rak’ats should be offered for as long as one acquires enough concentration to make up for the two compulsory ones.

Similarly, if one has to even perform ten nafl rak’ats in order to gather sufficient concentration for a few fard (compulsory) rak’ats, one should not desist from doing so.

It may be hoped, then, that Allah, through His Grace, will accept the latter rak’ats as a recompense for the deficiency in the former ones.

Tags: beauty and perfection of Salah Benefits of Salah Establishment of Salah Purity of Clothes secrets and spiritual effects of Salah Sincerity and concentration The status of Salah unnah or mustahab