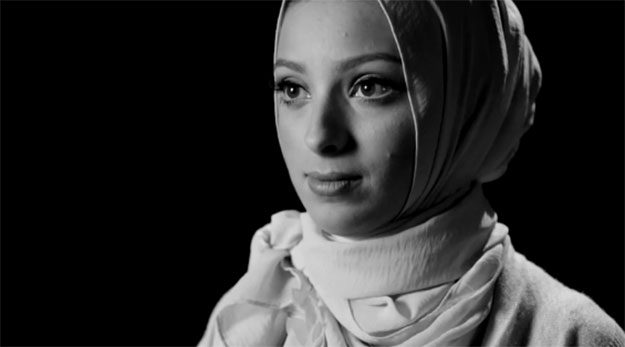 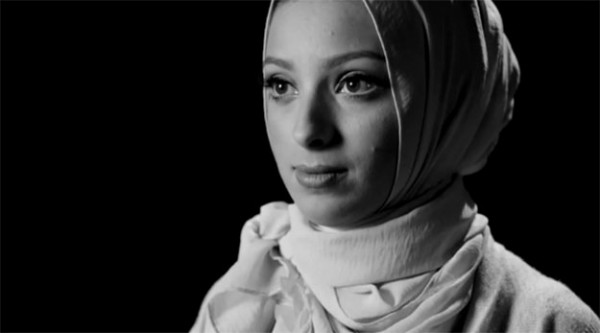 It’s easy to imagine a news director telling the reporter to cut her hair into a more broadcast-friendly bob. But Noor Tagouri doesn’t have to worry about having a conversation like that. Her enviable tresses will always be covered.

That’s because Tagouri is hijabi. As in, she artfully drapes a scarf over her head when she’s going to be around men she’s not related to. So, essentially, whenever she leaves the house.

A hijab, which means “cover” in Arabic, is a headscarf worn by some Muslim women (as well as some men and non-Muslims). Most often covering the hair and neck, it’s usually paired with an overall fashion style geared toward modesty — loose-fitting clothing, long sleeves, no shorts.

“It empowers me,” says Tagouri. “It helps me do what I want to do.”

What she wants to do is to be the first hijabi anchor on American commercial television. And she’s in a hurry to get there. After graduating early from high school, she went on to earn her bachelor’s degree in broadcast journalism from the University of Maryland. At 21, she now reports part-time for CBS Radio and Prince George’s Community Television.

She’s also a smartphone celebrity. In December 2012, she joined the ranks of social media stars after posting a Facebook photo of herself sitting at the anchor desk at ABC 7 news in Washington, labeling it “my dream.” The post went viral, and Tagouri quickly amassed thousands of followers. Now she boasts more than 96,000 likes on Facebook, nearly 62,000 followers on Instagram and 17,000 on Twitter.

Unlike her onscreen role models, who include the likes of Oprah Winfrey and Lisa Ling, Tagouri has to navigate the image-centric media landscape wearing an immediate marker of her faith — a square of cloth that signifies, “I am Muslim.” That can be a high hurdle in a country where a lot of misunderstanding still surrounds Islam.

Consider the case of Samantha Elauf, who didn’t get hired by Abercrombie & Fitch after she wore a headscarf to a job interview in 2008. When the Supreme Court ruled earlier this month that the retailer had violated anti-discrimination laws when it rejected Elauf because her hijab conflicted with its dress code, “I was pleasantly surprised,” says Tagouri.

She sees the decision as a victory not just for Elauf or other Muslims but for all women. “It was a huge step forward” in establishing a societal rule that people shouldn’t be penalized for dressing differently. “I think people are starting to get past that. We’re tired of being carbon-copy cookie cutters of what society expects us to be.”

What really matters is not what you wear but whether you can do the job well, says Abed Ayoub, legal and policy director at the Arab-American Anti-Discrimination Committee. It’s insulting, he says, “to think that an individual who wears a hijab or turban isn’t capable of being unbiased” or fair in a media job or any other job. “They are more than capable of taking up any occupation.”

Despite other hijabi women warning her that “it’ll always be the scarf or the job,” Tagouri is confident that she won’t have to hide her beliefs to find employment. Besides, she says, “My identity is way more important to me than a job.”

She definitely doesn’t lack for self-confidence. Perched on a wicker chair, one leg tucked beneath her, in the sunroom of her Libyan American family’s palatial home in Bowie, Maryland, Tagouri says she has no interest in being anyone other than herself. She still lives at home with her father, a pathologist at St. Mary’s Hospital in Southern Maryland, her mother and four younger siblings and likes to hang out with her 10-year-old sister, Lena. She has no interest in drinking but she’s always up for a show by Florence + the Machine, one of her favorite bands.

Like many a millennial, she talks in excited bursts, sprinkling her speech with “likes” and getting sidetracked on giggle-filled tangents about the various people she’s met on the extensive trips spawned by her Internet celebrity. On camera, she says, she ditches the “reporter voice” and speaks as if she’s having a conversation with the viewers. “I’m, like, ‘This is what’s going on, here’s what’s happening,'” she explains of her style.

She’s not concerned about her otherness in an industry long known for its focus on standardized perfection — impeccable blowout, straight teeth, no accent. Millennials are hungry for new faces that they can see themselves in, she says, noting that so often, all you see are success stories from people who are 20 years into their careers.

Capitalizing on her initial viral success, Tagouri and her family came up with the hashtag campaign #LetNoorShine. Noor means “light” in Arabic, and Tagouri wanted to use her name to inspire others to share their own passions and to give people a platform to celebrate their difference, she says.

Today, she supplements her reporting gigs with travel and speaking engagements. Recently, she spoke at a Foggy Bottom TedX on the theme of “Being Rebellious” before jetting off to Paris to talk about hijab and women’s rights on France’s nightly news talk show, Le Grand Journal.

She acknowledges that her hybrid career model — part reporter, part motivational speaker — is not the norm. But she’s not so sure that she wants to follow a traditional path. “Journalism is changing,” she says. “You can’t remove yourself so much from the story.”

She shrugs off the idea that some may think that her religion will affect her objectivity, that mightiest of journalistic ethics. “Me wearing a scarf on my head won’t make me report a story any differently,” she insists.

Plus, that scarf instills her with confidence that people are paying attention to what she’s saying rather than to her looks or her body.

Still, this being the digital age, she receives her fair share of hateful comments. “I get hate every day” from Muslims and non-Muslims alike, she says, about everything from how she prays to the tightness of her jeans. But she doesn’t obsess.

“That says a lot more about you than it says about me,” she says with a shrug. “Whatever.”

If anything, Tagouri sees her hijab and her modesty as playing in her favor. She remembers a woman approaching her at a gala last year. “She’s like, ‘You know, you’re the most covered person here, yet everyone’s eyes are on you,’ ” she recalls with a laugh.

And that’s just the way she wants to keep it.