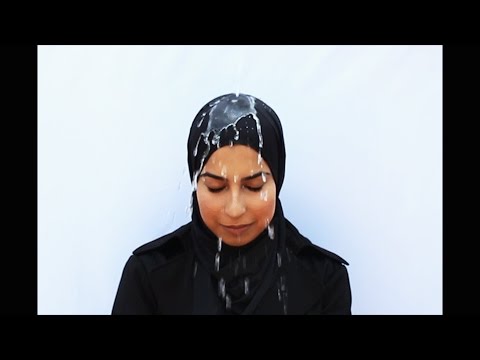 Recent advances in technology have allowed clothing to better adapt to the climate — and that goes for everything from the gear worn to fight fires to your getup for sweating it out at the gym. But, according to 22-year-old entrepreneur Ahmad Ghanem, there’s one group that needs heat-wicking textiles more than anyone: headscarf-wearing Muslim women. The traditional hijab is worn all year round, which can make hot summer days tortuous. With that in mind, Ghanem created Veil, the first-ever line of climate-adaptive hijabs. “No matter how hot it is outside, they wear it — and they wear it with pride,” he explains on his Kickstarter video. “It’s up to us to make their lives a little more comfortable.”

Inspired by performance-wear companies like Nike and Under Armour, the Veil “Cool Dry” hijab is made of a special fabric that keeps wearers 7 to 10 degrees cooler than the standard hijab. The nylon material — which Ghanem found after testing hundreds of different options over the course of two years — blocks 80% of heat, offers UV protection, and is completely waterproof. It’s a simple, yet brilliant, makeover for the garment, which has already seen its fair share of changes over the years.

Clearly, Ghanem is onto something: The crowdsourced project launched just a few weeks ago, and already the company has raised nearly $20,000 (quadruple its $5,000 goal). Customers can pre-order Veil’s Cool Dry hijab until June 20 via Kickstarter, and eventually Ghanem wants to expand into retailers.

As he told BuzzFeed of the brand mission, “I want to continue to innovate, revolutionize, and change the way people see the hijab. These women are the strongest and [steadfast], and they deserve everything. The hate and verbal abuse many of them receive is wrong and unfair, and I hope my brand can inspire them to go out and become what they want to be.” Find out more about Veil in the video below, and donate to the campaign here. (Buzzfeed)