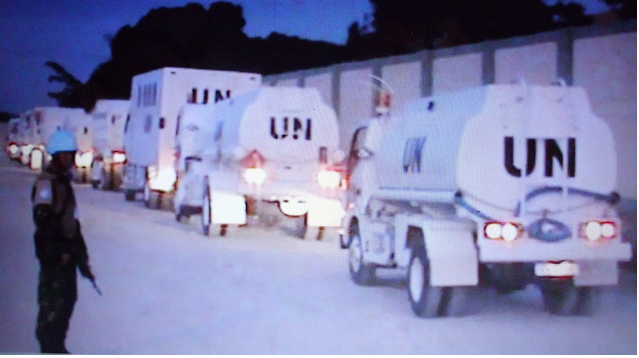 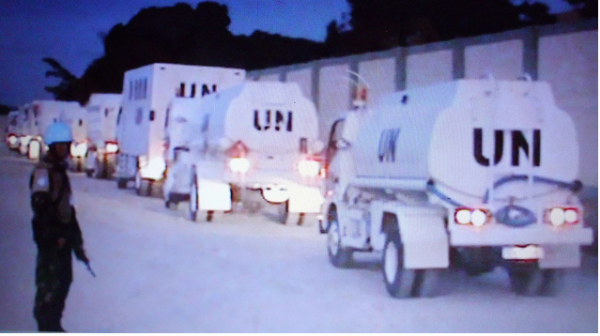 Members of a U.N. peacekeeping mission engaged in “transactional sex” with more than 225 Haitian women who said they needed to do so to obtain things like food and medication, a sign that sexual exploitation remains significantly underreported in such missions, according to a new report obtained by The Associated Press.

The draft by the Office of Internal Oversight Services looks at the way U.N. peacekeeping, which has about 125,000 people in some of the world’s most troubled areas, deals with the persistent problem of sexual abuse and exploitation.

The report, expected to be released this month, says major challenges remain a decade after a groundbreaking U.N. report first tackled the issue.

Among its findings: About a third of alleged sexual abuse involves minors under 18. Assistance to victims is “severely deficient.” The average investigation by OIOS, which says it prioritizes cases involving minors or rape, takes more than a year.

And widespread confusion remains on the ground about consensual sex and exploitation. To help demonstrate that, investigators headed to the poorest country in the Western Hemisphere.

“In cases of non-payment, some women withheld the badges of peacekeepers and threatened to reveal their infidelity via social media,” the report says. “Only seven interviewees knew about the United Nations policy prohibiting sexual exploitation and abuse.” None knew about the mission’s hotline to report it.

Each of those instances of transactional sex, the report says, would be considered prohibited conduct, “thus demonstrating significant underreporting.” It was not clear how many peacekeepers were involved.

For all of last year, the total number of allegations of sexual abuse and exploitation against members of all U.N. peacekeeping missions was 51, down from 66 the year before, according to the secretary-general’s latest annual report on the issue.

The draft report doesn’t say over what time frame the “transactional sex” in Haiti occurred. The peacekeeping mission there was first authorized in 2004 and, as of the end of March, had more than 7,000 uniformed troops. It is one of four peacekeeping missions that have accounted for the most allegations of sexual abuse and exploitation in recent years, along with those in Congo, Liberia and South Sudan.

One of the U.N. staffers who produced the report would not comment Tuesday, saying it was better to wait until it was released publicly. A spokesman for the peacekeeping office didn’t immediately respond to a request for comment.

The U.N. doesn’t have a standing army and relies on troops contributed by member states. The states are responsible for investigating alleged misconduct by their troops, though the U.N. can step in if there’s no action.

In their response to the report’s findings, which is included in the draft, U.N. peacekeeping chief Herve Ladsous and field support chief Atul Khare point out that while the number of peacekeepers has increased dramatically over the past decade, the number of allegations of sexual abuse and exploitation have gone down.

The U.N. prohibits “exchange of money, employment, goods or services for sex,” and it strongly discourages sexual relationships between U.N. staff and people who receive their assistance, saying they are “based on inherently unequal power dynamics” and undermine the world body’s credibility.

But that has led to some confusion on the ground, the new report says, with some members of peacekeeping missions seeing that guidance as a ban on all sexual relationships with local people. The report says the guidelines need to be clarified.

“Staff with long mission experience states that was a ‘general view that people should have romantic rights’ and raised the issue of sexuality as a human right,” the report says.