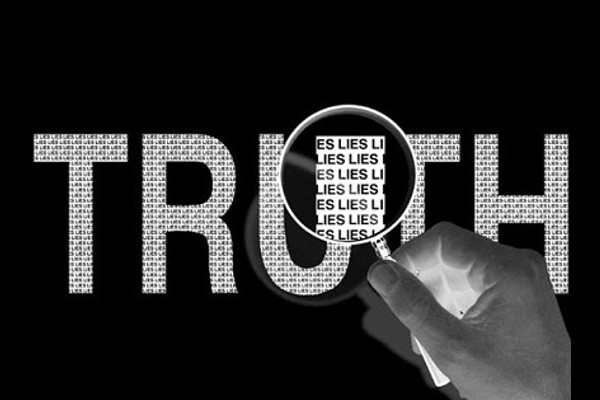 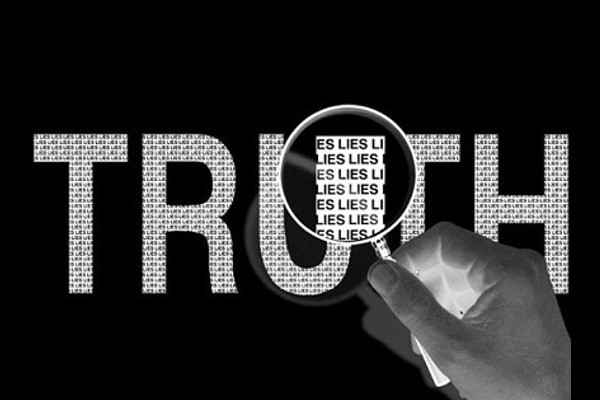 A person sitting across you at a wedding reception is busy blowing his horn: “You know five years ago, I took a risk and bought my first Nissan bakkie in order to deliver popcorn to schoolchildren. Today, I not only own a fleet of trucks, but the entire popcorn plantation itself.” All the while, he is eating so much that he didn’t see biryani before!  Everyone thinks:  “This guy is such a thriller,” but what we read in the media daily is far worse than that.

Towards the end time, which is the time we are presently living in, we need to add more spoonfuls, not pinches, of salt when reading or listening to mainstream media. Our Noble Master, Muhammad the chosen Prophet (May peace be upon him) predicted that Dajjal (the one-eyed Great Deceiver) will appear with a gorgeous  garden and a horrible hell, but as believers, we are told to rather enter the hell as it will be, in reality the garden. Those who enter the garden will suddenly find themselves in hell. And presently, the reality of things is just that. Nothing is at it seems to be.

The food industry has nothing to do with nutrition and wellbeing, but with huge profits and money. Our foods are laced with preservatives, colourants, enhancers, and steroids which our bodies don’t even recognize as food. Most processed food is nothing but sludge rotting in our intestines and giving us deadly sicknesses like cancer and gout. When we become sick as a result, we run slap bang into the Health Industry which has nothing to do with medicine and cure. People have walked into a hospital with a slight pain in the leg, and came out on a stretcher. A pill will relieve your pain for two hours, but in the long run, it will eat up your liver and make your bones as soft as chalk. Doctors manage your sickness, not your health.

Then our schooling and university system is none the better. Instead of making our children wiser and imparting essential life-skills to them, they are indoctrinated to become slaves of the corporate world.  The more educated you are, the more stupid you become, and the more people are willing to pay for that stupidity! A Qur’an teacher may earn R5000- per month, but a Constitutional Lawyer R10 000- per hour. If he works only four hours a day in a 20 day month, he nets R800 000-!. The former is preserving the law of the Almighty, and the other propagating the fickle law of man. Can man be given more due than his Creator?

Now walk into a Masjid and listen to a lecture or switch to your favourite Islamic TV or radio station. You won’t know who is the bigger Hazrat, or the bigger fraud! The camera friendly Maulana, the slick-tongued orator, or the lone voice in the bottom of your soul? Today, everyone is busy slinging the other with handfuls of mud, which leaves people more confused than ever in matters that require absolute clarity.  Unfortunately, many will take their advise thinking that they  are headed for the garden,  but  will find themselves in hell; whilst those who don’t heed their advise and continue down the unpopular path of thorns, will surely find themselves in the garden. Truth is always unpopular. It’s not sugar coated.

Then we have the mother of them all, the Mainstream Media. Ahhh, this is Dajjal personified. The TV set is nothing but his mouth and the dish his huge ears. Those who run these channels are nothing but mini-Dajjals, and those who believe them are either suckers or his unwitting disciples. The media has nothing to do with news and happenings, but with propaganda and psychological indoctrination and warfare.

Strong words?  Read what Nazi Propaganda Minister, Joseph Goebbels, once said: “If you tell a lie big enough and keep repeating it, people will eventually come to believe it. The lie can be maintained only for such time as the State can shield the people from the political, economic and/or military consequences of the lie. It thus becomes vitally important for the State to use all of its powers to repress dissent, for the truth is the mortal enemy of the lie, and thus by extension, the truth is the greatest enemy of the State.”

And in the estimation of Joss Whedon: “The news isn’t there to tell you what happened. It’s there to tell you what it wants you to hear or what it thinks you want to hear.” Noam Chomsky writes in his “Media Control: The Spectacular Achievements of Propaganda”: “State propaganda, when supported by the educated classes and when no deviation is permitted from it, can have a big effect. It was a lesson learned by Hitler and many others, and it has been pursued to this day.”

It astonishes me to learn that whilst everyone knows this, Muslim-owned media houses, by and large, do not have their independent reporters on the ground, locally, and abroad, especially in the Middle-East. Everything is regurgitated from the devilish Western news agencies which have become more of a sitcom and a comedy, rather than a respectable journalistic profession.

I will be elaborating – Insha Allah – on the stereotyping and the harms mainstream media has caused the Muslims and Islam in my next article. For now, I present a few side-effects of relying on this form of news:

1)    By slavishly reading the headlines daily, we have come to regard the West as masters of the universe and controllers of national or world affairs. Only what the media tells us is significant and important, nothing else matters. The Almighty is no more the Controller of affairs, but mankind;

2)   By relying on one source of news only, our critical sense of analysis and comparison is paralyzed. We do not bother to verify, thus falling into the trap of partisanship;

3)   We start loving those whom the west and the devil love, and we start hating those whom the west and the devil love. The media loves Hollywood, with all its indecent and drugged up actors and actresses. Its loves the high life, good food and the fantasy world of movies and entertainment. It loves the sporting world that robs us of our precious time and energy. It loves the Stock Exchange and heaps of money. The west does not love freedom fighters and people who challenge their corruption and greed. They don’t like divine religion, Godly systems, simplicity and the naked truth;

4)   We learn that there is no democracy and freedom of speech in the world. There is only one way, or the highway. Might and power is the new God. Dissident views will not be aired, or will be given an obscure space in a holiday edition, and only once, when there is a good chance that very few people will actually read it. It makes us self-righteous, arrogant and pompous;

5)   We must gladly accept the atrocities of the Zionists in Palestine and thank the USA for supplying fatal weapons to the Muslims of the Middle-East to kill each other, then bomb them further for being in possession of it;

6)   We learn to start speaking OF people, and not TO people. We form ridiculous and absurd notions of people, without even seeing them or meeting them. In this way, we harm the brotherhood of humanity and create “ghost” enemies. If the west doesn’t like a person, a nation or a movement, it doesn’t mean you musn’t also like him;

7)   Newspapers are just a pure waste of time. They give us meaningless facts and figures. However, in Islam, we learn of the WHY of things. We learn that we have recessions and earthquakes due to our sins. We learn that injustice is not the way of the Almighty. The Prophets were sent to turn the tide on darkness and ignorance, and that the media is there to ensure that we stay in ignorance and darkness;

8)   And finally, we read of things over which we have absolutely no control in the media. We read of crimes and murders and it makes us more depressed. After reading a statistic, you may even become a statistic. Instead, join a community and civic organization and make a difference to humanity.

Propaganda is the wheel by which the government steers the bus of a nation; typically driving it into war or off the cliff of humanity. It is mind-boggling to see how many people, including the learned and the religious,  who are otherwise rational human beings, will blindly follow the herd like a blinded man. Be careful in this regard and always know that the naked truth is not always mainstream, but the best-dressed lies are.