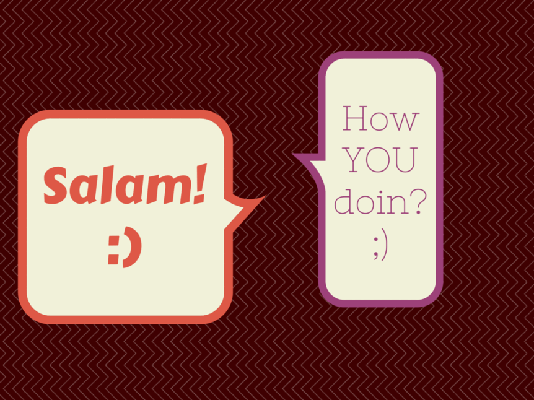 Many a people still fall victim when it comes to nikah.

This assertion seems to be aptly describing realities faced by some Muslims willing to settle down. Cross sections of Muslims interviewed by Cii News were in agreement that marriage is now an expensive venture.

Mahr or dowry is the amount a bride asks the groom to pay during a marriage ceremony. Islamically, it’s a gift from a groom to a bride. But some families are said to be arm twisting their daughters to ask for certain amounts.

If these families hear how cheap Bonnie Lee’s nika was they will be green with envy.

“Our wedding cost about 100 rand. We had a cake from Spar and a bottle of juice. We are not poor we just wanted a simple thing with two witnesses,” she said.

Speaking from Tanzania, Omari Nundu said some families are to blame for this habit that contradicts pure Islamic teachings.

“Although we know mahr is supposed to be whatever the bride will ask for, parents are taking this as the time to get rich. Most Muslim men cannot afford what is asked of them as mahr by their in laws. This forces a lot of men to commit zina. It is cheaper to “date” than to marry,” he said.

Marriage has become “commercial” said Abu Naseemah Nassah indicating that love for money has superseded the once esteemed union of marriage.

“I personally think that marriage has become a bit more commercial these days. Instead of families becoming genuinely happy with the upcoming union they become happy on the prospect of having to pocket a few bucks as a result. It’s no longer an occasion of respect, sincerity or honour rather an opportunity to milk would be son in law for whatever they can,” Nassah said.

In some communities Muslims have adopted local cultures which call for the payment of lobola or bride price which is usually steep and unaffordable. To make matters worse, some families have made it a precondition that lobola as known in local cultures should be paid before nikah.

“This situation of hefty lobola has been escalated by the state of affairs in the country. People are struggling financially and hence being blessed with a daughter is seen as a “mini business” or a financial relief when one asks to marry their daughter. So until the situation in the country improves, sadly, lobola will remain out of reach for many,” explained Nassah

Durban based Islamic teacher Juma Daiton agreed that nikah had become expensive nowadays but said the dampening dedication in marriages could be the reason some families are charging lots of money in the event of uncertainty.

“In my opinion I think parents are doing that because some of our Muslim brothers are not taking marriage seriously because they know they have nothing to lose as they have paid less or nothing hence the parents are now charging more so that you can feel the pinch,” said Daiton.

Final year Sharia and Comparative law student at the World Islamic Sciences and Education University in Jordan, Abudhabi Asali said families should abstain from eating other people’s money in vain as lobola on top of mahr is absolutely haram.

“Asking for hefty mahr or lobola on top of little “ceremonial” mahr is contrary to prevalent custom among Muslims with African origin and has devastating effects to the community.

This will serve as a catalyst that will push Muslim men to marry non Muslim women and vice versa, and needless to mention the cases of fatherless children, unwanted pregnancies, abortions, STI’s and Allah forbid HIV and AIDS,” said Asali.

The imitation of other cultures and bringing them to Islam has been the main setback, said Zohra Bibi Bhamjee in reference to lavish weddings that have also headlined Muslim marriages.

“My wedding cost us a simple lunch and tea later. The food was all home cooked and savouries came from family who made things and brought. The best of nikah is the simplest which costs the least. There is also blessing in a simple nikah,” she said.

Signing off, Nundu said Muslims should refer to Islamic injunctions when handling marriages thereby steer clear of deviating from the religious realm.

“Parents of the bride to be should be happy to have their daughter asked for a hand. They should worry about the faith of their son in law more than his wealth,” he said.