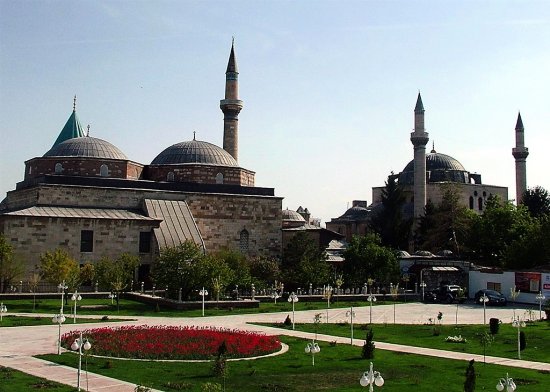 The word Mawlānā is an Arabic word which is combined of two words namely Mawlā and nā – Mawlānā. It is not one word as some would think, but in reality it is two words as I have mentioned. As such, the permissibility or impermissibility of the usage of the word Mawlānā can only be seen when one looks at the two parts of this word with respect to its meaning and usage in the Arabic Language.

As far as the word Mawlā is concerned, it is used in many different ways due to its varying meanings. In the book Mu’jam Lughat al-Fuqahā’ (Dictionary of Islamic legal terminology) written by Dr. Muhammad Rawwas (contributor to the encyclopedia of Islamic law and professor of Islamic Institutions) and Dr. Hamid Sadiq (Professor of Terminology and Dictionaries) it is written:

The word Mawlā conveys many different meanings. Some of which are:

The Hans Wehr Arabic Dictionary has also given similar meanings. It states that Mawlā means master, lord, protector, patron, client, charge, friend, companion, and associate. It also states that al-Mawlā is used to say the lord, God, and the words Mawlāya (ya means ‘my’ in Arabic) and Mawlānā are forms of address to a sovereign. Similarly in the book Mu’jam al-Mustalahāt al-Dīniyah (a dictionary of religious terms) written by Dr. Abdullah Ibn Ashy Al-Maliki and Dr. Abdul Lateef Sheikh Ibrahim, it is mentioned thatMawlā means ‘a protector’ or ‘a guardian’.

Based on these meanings, it shows that when the pronoun nā (our) is attached to the word Mawlā, it would have many different meanings such as: ‘our master’, ‘our leader’, ‘our slave’, ‘our freed slave’, ‘our master who freed the slave’, ‘our patron’, ‘our client’.

Additionally, the Qur’an has also used the word Mawlā for different meanings. It has been used singly and has also been used combined with other pronouns. [Amongst] these verses is Surat Al-Hajj, verse 78:

Here the word has been used connected to a pronoun in the first case i.e. Mawlā kum (kum means ‘your’) and in the second case it has been used singly. In both cases, it is used to refer to Allah as being the Patron, the Lord.

Similar usages have been given in other verses such as Surat Anfāl’s verse 40, Surat Āle Imrān’s verse 150, Surat Tahrīm’s verse 2, etc. In these verses, the word Mawlā has been used to mean ‘lord’, ‘patron’ and refers to Allah since He is the real Patron, the Lord and the real Governor of our affairs.

Along with this, the word Mawlā has been used for several other meanings in the Holy Qur’an. For example Surat Dukhān’s verse 41 states:

“The Day when no Mawlā (friend, protector, leader, etc) can avail another Mawlā in anything and no help can they receive.”

In this verse, Mawlā does not refer to Allah Our Creator, but it refers to human beings.

Similarly, Surat Hadīd verse 15 states: “This Day no ransom shall be accepted from you, nor of those who rejected Allah. Your abode is the fire, that is your Mawlā (place, destination) and an evil refuge it is.”

In this verse, the word Mawlā has the meaning of ‘a place’ or ‘a destination’. Taking this meaning into consideration, if we were to attach the pronoun nā to this word and say Mawlā-nā, it would mean our place or our destination. It is therefore evident in the Qur’an itself that this word does not only mean master.

In two places of the Holy Qur’an, the word Mawlā attached to the pronoun nā has been used and they both refer to Allah. In Surat Baqarah verse 286, it states: “And blot out our sins and grant us forgiveness and have mercy on us. You are Mawlā-nā (our Protector, Master).”

Secondly in Surat Tawbah verse 51, it states, “Say nothing will happen to us except what Allah has decreed for us. He is Mawlā-nā (our protector) and on Allah let the believers put their trust.” Here again the word Mawlā conveys the meaning ‘protector’ and when used with the pronoun nā, it means our protector. Since Allah is our protector, it is used to refer to him in the above verse.

In some passages of the Holy Qur’an and traditions, as well as the books of Fiqh, it is evident that the word Mawlā has been used to convey many different meanings and is not confined with the meaning of ‘Protector’ and ‘Master’.

In Surat Tahrīm verse 4, it states: “But if you back up each other against him, truly Allah is his Protector (Mawlā) and Jibreel عليه السلام and the righteous ones from among those who believe.”

The summary of this entire explanation is that in the Arabic language, the word Mawlā has been used for many different meanings. As such, whenever it is used singly or combined with another word or pronoun, one must look to see which of its meaning is used. From the given meanings, it is clear that it can also mean ‘a leader’, hence using it with the pronoun nā by saying Mawlānā would be allowed to refer to someone as ‘our leader’.

It is also important for one to understand that during the course of Islamic history, many words bearing respect and authority have been used by great scholars to refer to a person with great learning ability. One would therefore find the words Muhaddith (traditionist), Mufassir (commentator), Faqīh (jurist),Shaykh al-Islam (the sheikh, leader of Islam) etc being used to describe the status of a particular scholar of Islam. Although these names were not found to be used during the time of the Sahabah رضي الله عنهم and the Prophet صلى الله عليه وسلم, they were all acceptable to all scholars since they were in no violation of any Islamic teaching.

In the same manner, other words became prevalent among the Muslims living in different cities of the Islamic world. Words such as Mullah, ‘Allāma, Shaykh, Muftī, Mawlānā, Mawlawī etc. all became prevalent in different cities and were used to describe a person of great Islamic learning and authority. These words gained the wide acceptance of the general scholars and were not considered as being impermissible to use, since there was no meaning in any of the above words which could make its usage impermissible in the Shari’ah. Of late, the word Doctor (Daktūr) has also come into use in many Arab countries. Although this word has never been used by the al-Salaf al-Sālihīn (Pious Predecessors), all the Islamic scholars have given an allowance for its usage.