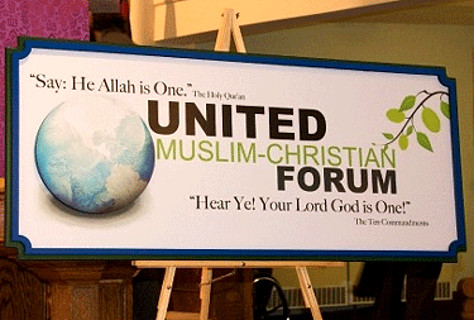 Two dozen Christian pastors in York County have joined together to publicly call on members of their faith to embrace Muslims as their brothers and sisters.

The Rev. Sam McGregor, pastor at Allison Creek Presbyterian Church near Lake Wylie, said he has jump-started the local effort because of recent threats against Muslims in the United States that came to light during the trial of Robert Doggart.

Doggart, a failed congressional candidate from Tennessee, pleaded guilty this month to plotting to kill Muslims who live in a religious community in New York. The FBI uncovered and stopped Doggart’s plan.

A similar community, called Holy Islamville, has existed in York County for nearly 30 years. Members of the local community have said they’re fearful for their own safety after hearing of Doggart’s violent plans in New York and learning that he tried to recruit people from South Carolina to help him.

“We have got to take a stand,” McGregor said.

He and 23 other York County religious leaders submitted a letter to The Herald on Friday stating they are “opposed to any acts of violence or threats of violence against anyone due to their religious affiliation.”

The letter also states: “Any Christian who uses their faith as a basis for bringing harm upon another has completely misunderstood what it means to lift up the Lordship of Jesus Christ.”

The pastors who signed come from churches in the county’s urbanized areas such as Rock Hill and Fort Mill and from rural towns such as Sharon.

Fear, McGregor said, has driven many Christians to disparage Muslims, shun interactions with other faith groups, and not take a stand against violence and hateful rhetoric. That behavior isn’t in line with Jesus’ teachings, he said.

“The God who made me is the same God that made every other human on this Earth. … We are all brothers and sisters,” McGregor said.

He also said he’s proud of York County Sheriff Bruce Bryant, who recently said his deputies will remain vigilant in protecting Islamville – the same way they’ll protect every other resident, regardless of religious beliefs.

Some Christians and others who are fearful of the Islamic faith have attempted to make Muslims “the enemy” by spreading lies about people who live and worship in communities like Islamville, Lambert said.

“We should be able to embrace anyone who has different beliefs, simply because they are our neighbors,” he said. Lambert has spent more than 30 years as a pastor, including eight years at Woodlawn Presbyterian Church.

As the leader of a church, he said, he’s called on to be a “peacemaker” and to “call all communities together to understand one another.”

Though Muslims and Christians may have different religious teachings or beliefs, he said, Christianity and Islam, along with Judaism, all have the same roots in the Old Testament.

Inside each of those religions, he said, there are various sects or denominations offering a range of different views. Those differences, Lambert said, should not be feared.

The sign at Woodlawn in Sharon currently says: “Perfect love casts out fear.”

‘We are all God’s creatures’

McGregor said the Bible makes frequent references to surrendering control to God and not living in fear. In scripture, angels often appear and say first, “Fear not.”

Christians who believe God is in control are not afraid of people who may hold different religious beliefs, he said. “Nothing good comes when we react out of fear,” McGregor said.

Often, Lambert said, Americans are afraid of Muslims out of “ignorant fear” derived from not understanding the Islamic faith, its teachings or the worship style.

The letter from the pastors is a call for dialogue among followers of Jesus, Muslims, and other religious people, Lambert said. He hopes local Christian churches will plan joint events with the Islamville community and open their hearts and minds.

Some members of the Rev. Jeff Lingle’s Epiphany Lutheran Church in Rock Hill have visited Islamville in York. Open conversations and learning from one another are ways to combat fear and the “tunnel vision” or “unfair” view that some people have about Muslims, Lingle said.

“Jesus taught to love all people,” he said.

Too often, Lingle said, people become self-centered and lose sight of Jesus’ basic teachings of love and peace. For some Christians, he said, they are more concerned about being “right” than loving their neighbor.

Understanding and learning from people who believe differently, he said, does not mean a Christian must give up his or her own values or abandon beliefs.

“I’m not going to give up my belief that Jesus is God’s son and Jesus is my savior,” he said, adding that engaging in dialogue with those who believe differently is not about conversion or persuasion.

Over recent years, McGregor has met with Islamville leaders and participated in joint events. In some ways, he said, he does not agree with Muslim beliefs and teachings. But, he says, he won’t allow the differences between his faith and the Islamic faith to keep him from learning from other people.

Christians leaders who prefer to “throw stones” at Muslims are not acting Christ-like, McGregor said. The model he believes Christ has given his followers is to walk beside those people who may believe differently and not “cast aspersions” about your neighbor.

His stance, McGregor says, may be unpopular. He expects he and other pastors who signed the letter may be bombarded with angry emails or phone calls.

Already, he said, in developing the letter, two local pastors disagreed with calling Muslims their “brothers and sisters.” Those two people did not sign McGregor’s letter, he said, because he wouldn’t change the wording.

“I said, ‘Thanks, but that change will not be made.’ … We are all God’s creatures and that makes us brothers and sisters.”