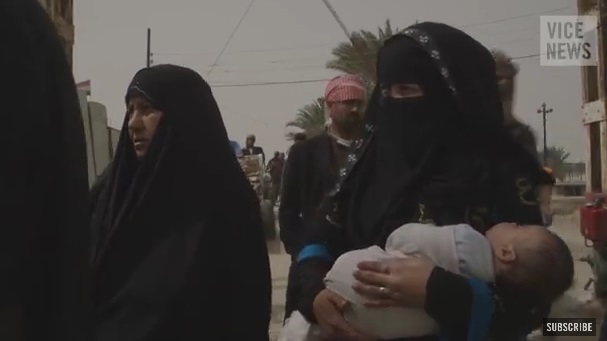 UPDATE: Earlier this month this city fell to ISIS. Pray that Allah, Most High, lift this suffering and tribulation from the Umma and that we are returned to the upright and moderate path of the Prophet (peace be upon him).

In early March, while the world was watching Iraqi government forces advance on the Islamic State (IS) in Tikrit, IS was launching a series of assaults on what little remains of the Government-held parts of the provincial capital, Ramadi, which has been under siege for over a year.

On the morning of 11 March alone — the first day VICE News spent in Ramadi — nearly two dozen IS car bombs were detonated, killing 10 and injuring 60.

In a series of interviews, Iraqi officials told VICE News that they fear Islamic State fighters will overrun what remains of Government-held Ramadi if the US did not intervene with air support. According to police in Ramadi, more than 2,000 officers have been killed since January 2014, when the Islamic State — then known mainly as ISIS or ISIL — first announced its presence in the city.

Watch “Leading the Fight Against the Islamic State: The (Dispatch 10)” – http://bit.ly/1EEnJH7

Watch “The Battle for Iraq: Shia Militias vs. the Islamic State” – http://bit.ly/1EgHqG8

Read “With the Islamic State Closing In on Ramadi, Iraqi Officials Demand Help from the US” –http://bit.ly/1bqrn0j