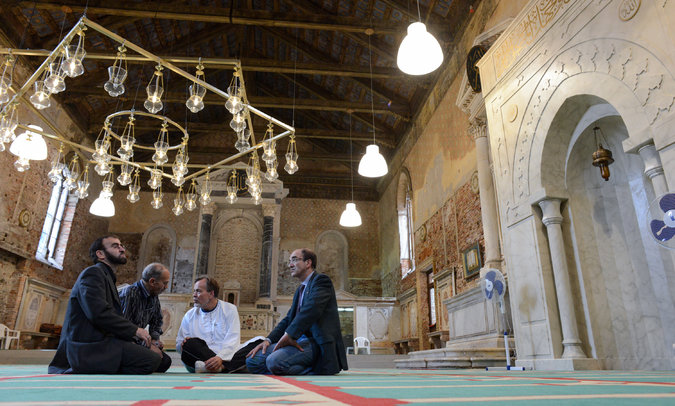 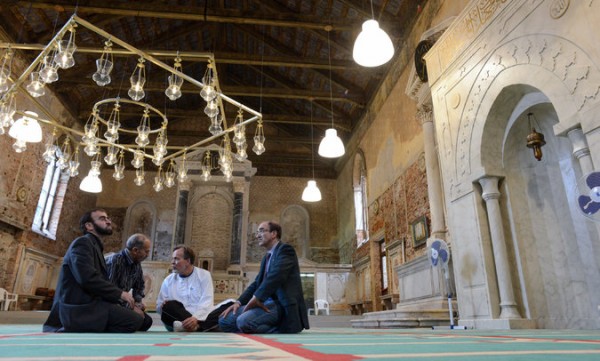 The church of Santa Maria della Misericordia in Venice, which closed to worshippers 40 years ago, has been transformed into a mosque as part of the Venice Biennale, the world’s most high-profile showcase of contemporary art. 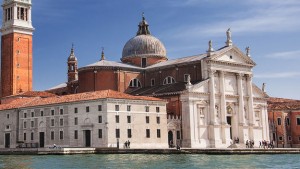 Designed by the politically subversive Swiss artist Christoph Büchel, Iceland’s entry to the art exhibition, “The Mosque”, seeks to challenge attitudes towards Islam. During its seven month duration it will be the only mosque in Venice city centre.

But police sources in Venice have told Channel 4 News that they are concerned about potential “public order” issues and offending “sensitivities”.

Indeed visitors will experience the cultural clash of Baroque walls and Catholic architecture adorned with Arabic script, a prayer rug angled toward Mecca in the aisles and crucifix mosaics hidden behind towering mihrabs.

“There are tens of thousands of Muslim tourists coming through Venice every month, who wonder why there is no mosque, in a city where you can see Islamic history with your eyes,” Mohamed Amin Al Ahdab, president of the Islamic Community of Venice, told the New York Times.

As an independent republic that existed for more than 1,000 years, Venice spent centuries trading and clashing with the Ottoman Empire as it competed for control of the eastern Mediterranean. It eventually inflicted a crushing defeat on the Turkish fleet at the Battle of Lepanto in Greece in 1571.

Five hundred years on, while the region has a more tolerant attitude towards immigrants than other parts of Italy, Mr Buchel’s work comes at a time of renewed tensions.

Earlier this year a proposal by Qatar to build a museum of Islamic cultural centre enar the Rialto Bridge was met with opposition from the right-wing Northern League party. More recent suggestions that Isis militants from Libyan could make their way into Europe through the country has done little to ease tensions.

Nonetheless those behind the work believe it is necessary to facilitate greater dialogue at time in which tensions are sweeping through Western Europe. It has been commissioned by Iceland, a country with one of the lowest immigration rates in the Western world.

Björg Stefánsdóttir, director of the Icelandic Art Center and commissioner of the Icelandic Pavilion, said the work was designed to “promote dialogue and communion among cultures, so much needed at home and abroad”.

The concept of converting a religious building built for one faith for use by another is nothing new. And it can cause friction.

Earlier this year five former mayors of Cordoba accused the Catholic Church of wrongly claiming ownership of the Mezquita, the city’s Unesco-listed cathedral, as part of a continuing effort to stamp out the site’s Muslim past.

The cathedral, consecrated in the 13th century after the Moors were driven from the city, was built in the centre of a huge mosque that was once among Islam’s holiest sites.

In December, Andalusia’s regional government complained to the Vatican that cathedral officials’ use of the term “the Cordoba cathedral”, on its website and in literature, amounted to an attempt to whitewash the site’s pre-Christian history.