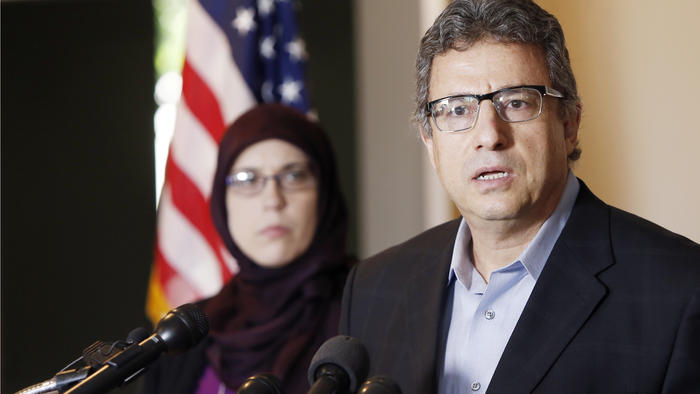 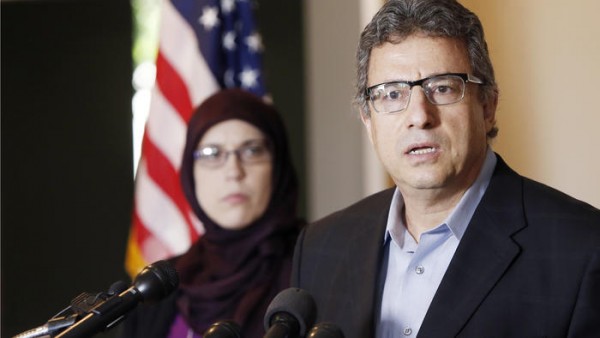 Saaliha Khan scrolled through her Facebook feed and pored over posts expressing sadness, dismay and disapproval, the kind of messages that always appear after an attack carried out in the name of Islam.

It was just past midnight on Monday, and two Muslim gunmen had been killed about six hours earlier in a shootout outside a controversial cartoon contest in Garland, Texas, which featured images of the Islamic prophet Muhammad.

“If you want to defend the honor of the Prophet, do so in a way that is consistent with prophetic manners and ethics, not violence,” Omid Safi, director Duke University’s Islamic Studies Center, wrote less than 12 hours after the shooting.

The Council on American-Islamic Relations sent out an email: “Bigoted speech can never be an excuse for violence.”

But to Khan, the denunciations, though necessary and important, wouldn’t make a difference.

Indeed, among the Twitter messages flying through cyberspace after the failed attack was one radio personality Wayne DuPree sent to his more than 79,000 followers:

“Don’t expect @CAIRNational 2 care about Americans and condemn attack by terrorist thugs. Why are they here anyway #garland #garlandshooting.”

The pattern repeats itself again and again, said Khan, a 23-year-old communications and projects manager in Los Angeles for NewGround, an interfaith group. Muslims denounce terrorism, and then get lambasted for failing to denounce terrorism.

“Sometimes you get so frustrated you just want to go to sleep and get away and you think, ‘Again this is happening?’” Khan said.

Since Sept. 11, Muslims in the United States have sent out statement after statement decrying extremist violence. The condemnations have become so common that they have spawned parodies, including a Tumblr blog called “Muslims Condemning Things.”

One reason messages of condemnation make little impact is that Islam lacks a central leader who formally represents the faith, said Jihad Turk, president of Bayan Claremont, an Islamic graduate school in Claremont. Because there is no figurehead to announce an official stance on violence, people assume Muslims support it.

“Catholics have the pope. Locally, there is an archbishop,” he said. “There is nothing like that in Islam. We don’t have a bully pulpit where we can claim an authoritative response.”

The result is confusing — for the media, for the audience, for the average American.

“There is just so much ignorance,” Turk said.

And one reason for the ignorance, he said, is lack of familiarity. “People hardly know any Muslims directly.”

“There’s not an intimate idea of who U.S. Muslims are, so the only exposure to Islam they have is Islam and violence,” Turk said.

After the massacre at the Charlie Hebdo satirical magazine in Paris in January, some people asked why “moderate Muslim voices” weren’t speaking up.

“Maybe most Moslems peaceful, but until they recognize and destroy their growing jihadist cancer they must be held responsible,” Murdoch tweeted.

Fox News commentator Monica Crowley said she hadn’t “heard any condemnation” from Muslims following the violence. The French Muslim Council, the Muslim Council of Britain, and Ahmadiyya Muslim Community USA denounced the attack that day, however.

Another Fox host said that CAIR was guilty of keeping “their mouth shut when things happen.” But CAIR denounced the Charlie Hebdo violence the day it occurred, calling it a “brutal and cowardly attack.”

One day later, CNN’s Don Lemon asked Muslim human rights attorney Arsalan Iftikhar whether he supported the Islamic State although he already explained that he did not.

Ibrahim Hooper, a spokesman for CAIR, wondered why Muslims are asked to condemn attacks en masse, but other religions are not.

“We practically have a rubber stamp saying, ‘CAIR condemns terrorism,'” said Hooper. “We have condemned attacks not only as un-Islamic, but anti-Islamic. We shout it from the rooftops, but nobody seems to be listening.”

Nicholas Lemann, dean emeritus of the Columbia Journalism School, said this is a pattern that dates to the 1980s, when Louis Farrakhan, head of the Nation of Islam, stirred up controversy with anti-Semitic and sexist remarks.

“The dynamic sort of kicks in when you have an extreme voice or action that puts itself up as done on behalf of an entire group,” he said.

“I just don’t think that social attitudes are very often created by the media, and conversely, I don’t think they are changed by the media either,” he said. “If some of these people forcefully made the argument that it’s unfair to demand these assurances from Muslims, then eventually people would get it.”

Khan disagreed with Lemann, reiterating that the media ignore the Muslim community when it speaks out against attacks.

“It’s not getting enough air time,” she said. “It’s not visible enough and that’s why people feel that there’s a gap. There’s a lack of media coverage because it is not as sexy.”