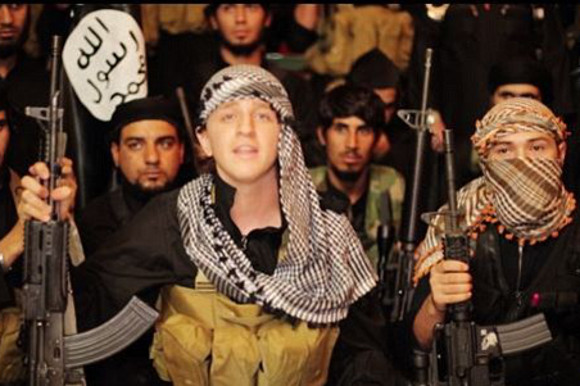 Nine months – and at least four allegedly foiled plots – since the government first announced its $1.6m deradicalisation program, the first grants have been given to mosques, sporting groups and community organisations.

Sums of up to $50,000 have been handed out to 34 groups so far amid hopes the scheme will help stem the flow of young Muslims to Syria and Iraq or disrupt an act of mass-murder at home.

What fuels radicalisation is complex and poorly understood. But the sorts of programs being funded by the Attorney General’s Department paint a picture of how Australia’s Muslim communities view the phenomenon, and how they intend to fight it.

Silma Ihram, from the Australian Muslim Women’s Association, will use the money to develop a formal qualification for Muslim mentors based in Sydney.

As she sees it, troubled or lost young people will naturally seek guidance. “The problem is that for all those people teaching Muslims, whether in public or private schools, sports groups or prisons, there’s no qualification or oversight, no guarantee they’ve got the required skills,” she says.

“We want to get training into place so that anybody who’s mentoring Muslims is a lot more skilled in being able to recognise problems such as anger management, domestic abuse, issues with family breakup, depression,” Ihram says. “All of those things that result in kids being susceptible to an aggressive ideology.”

Part of that training would including tackling the narrative of radical groups head-on. “We want to make sure that as part of the training they understand what Islam says about peace-building. There’s some very strong information that’s been put out by highly trained Muslim scholars refuting the basis of Isis propaganda.”

It would also include a crash course in Australia’s political and legal systems to demonstrate “that this is in fact a pretty good country”.

“Australia has come from a white Australia policy to a multicultural policy. It’s got ombudsmen and a lot of institutions set up to uphold your rights,” she says.

“We work closely with the Muslim Legal Network, which is constantly fighting for people’s rights, but the average person doesn’t know how to access that.”

Grievances over discrimination or foreign policy would be channelled into practical political campaigning. “Muslims are Australian citizens. They have a right to support policies, to lobby for policies, to look at changing the system. We look at the Israeli lobby or the homosexual lobby and think, gosh, how effective it is,” she says.

Anne Aly, a deradicalisation expert from Curtin University, has received $40,000 to expand a similar program in Perth: identifying at-risk youths “through the grapevine”, and either pairing them with trained mentors, or providing formal training to existing role models in their lives.

Aly’s mentors would be trained not just in countering violent ideas, but in manoeuvring the bumps of everyday life. “You may not need a mentor to talk you out of joining Isis, but you might need one to help you navigate the education system,” she says.

Football United, another recipient, will use the money to run soccer clinics in Sydney. “It will be a preventive type of program where they can meet new people, socialise, develop skills that make them feel part of their community,” a spokeswoman, Assmah Helal, says.

The three different programs cast the problem of violent extremism as the result of alienation, certainly from “Australian values”, but more specifically from one’s own family, friends and community.

They will roll out in an atmosphere of great mistrust between Muslim communities and the federal government. A number of prominent organisations, including the Lebanese Muslim Association, refused to apply for the grants. Even the full list of recipients is being kept confidential by the Attorney General’s Department, for fear its involvement would taint the programs.

The participants are aware of these risks. “But if, at the end of the day, I’m helping a family so that they don’t lose a son, or to keep their family intact, then it’s worth it,” Aly says.

Ihram, too, was “reluctant” to apply for funding, but says once the mentoring program is up and running she will seek funding under a more neutral scheme.

“If it’s funded as social infrastructure, or social welfare, that’s fine,” she says. “But under anti-terrorism or deradicalisation, we don’t want that.”