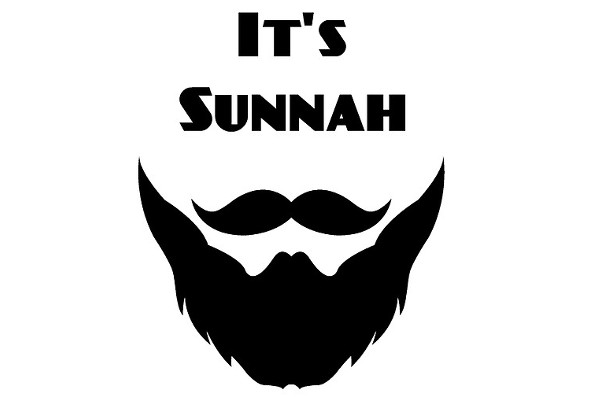 Islam is a complete way of life. Just as all other aspects of Islam, Mua’asharat (social dealings) also play a vital role in Islam. Guidelines regarding a person’s outer appearance, form and clothing are contained in the teachings of Islam. A true and complete Muslim is he who adheres to these Islamic teachings and practices upon them. While Allah Ta’ala is aware of our inner qualities, there is a social need for our outer condition to be correct. Therefore, the claim of having complete Islam without one’s outer condition being proper is false.

The religion of Islam has given special guidelines regarding the hair. In this treatise, we will discuss the beard. The following words of Nabi (Sallallahu alayhi wasallam) are narrated by many Sahaba in authentic Ahadith: “Lengthen the beard and oppose the Mushrikeen (Idolaters) and the fire worshippers.”

The many benefits of keeping a beard have been recorded in the books of religion. Briefly, every nation and religion has some special distinguishing mark or symbol. Similarly different departments of a government also have distinguishing signs. The police have their own uniform, traffic officers a different uniform, and so too with the army and the naval forces. These differences makes an important effect on a person. History has proven that a nation which does not adhere to its distinguishing features finally loses its entire identity and dissolves with another nation.

“Assuredly there is an excellent example (pattern) for you in the Rasul (Messenger) of Allah(Sallallahu alahi wasallam).” [Surah Ahzab No: 21]

Similarly Allah Ta’ala has mentioned to the Ummat via Nabi (Sallallahu alayhi wasallam):

“Say O Muhammed, (Sallallahu alayhi wasallam), if you have love for Allah then follow me.” [Ale Imran No 31]

The religion of Islam is a natural religion. Any person who has a natural disposition will be inclined to the laws of Islam. It is only in Islam that a person’s benefits lies. Keeping a beard and cutting the moustache is also from amongst these laws. It has also been the practice of the other Ambiya (A.S). Mention has been made in the Qur’an about Haroon (Alaihis-Salam’s) hair and beard that it was so long that Moosa (Alaihis­Salam) could hold it.

In a Hadith ten things have been mentioned as being from “fitrat” (nature). Ulema have interpreted “fitrat” to mean the way of the Ambiya (Alaihis­Salam). Among these ten things, lengthening the beard and cutting the moustache has also been mentioned.

The beard helps in differentiating seniors from juniors. It is a means of honour and beauty for a person. A person’s man-hood is completed by keeping a beard. It is the Sunnah of all the Ambiya (Alaihis-Salam).

Shaving the beard is the practice of the fire Worshippers, Hindus and most non-Muslims. Similarly, due to the fact that generally common people as well as people of low status shave their beards, a person who does not keep a beard will be included among them. [Mariful Hadith Vol.3 page 62 from ‘Beard and the Sunnats of Ambiya, pg 129]

In shaving the beard one of the harms is that a person will be imitating the non-Muslims, and it has been narrated in a Hadith. ‘The person who imitates a nation is from amongst them.’ [Abu Dawood Pg 559]

The above Hadith is an important principle of Deen from which many laws are extracted. Another harm of shaving the beard is that a person resembles females, as women do not have beards. It is narrated in a Hadith: “Nabi (Sallailahu alayhi wasallam) had cursed such men who imitate women and such women who imitate men.’ [Bukhari Pg 874 Vol 2]

Allah Ta’ala has kept this as a natural difference between man and woman. The person who opposes this is in actual fact opposing the decision of the Sovereign of all sovereigns, and he is changing the natural creation of Allah Ta’ala. Allah Ta’ala mentions: “(And follow) the nature of Allah according to which he has constituted mankind, and do not alter the creation of Allah.” [Surah Rum No 30]

It is narrated in Muslim Sharif that the hair of the beard of Nabi (Sallallahu alayhi wasallam) was dense. [Muslim Vol 2 pg 259]