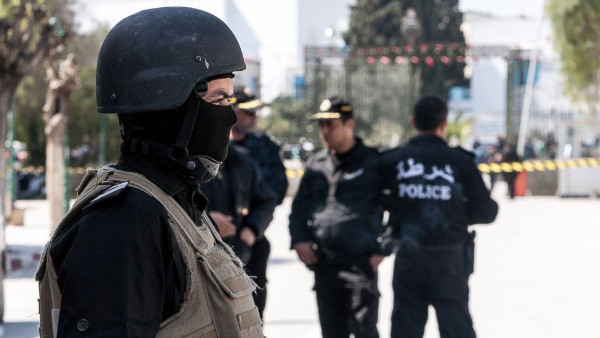 Attacks in the region served as a wake-up call.

Hardly a week goes by without Moroccan security services announcing the arrest of members allegedly linked to the terrorist Islamic State (IS) organization. Since the official announcement of the establishment of the Central Bureau of Judicial Investigation (BCIJ) on March 20, the dismantlement of a number of jihadist cells that are ideologically linked to IS was also announced. This means that the Moroccan authorities have become certain that the terrorist threat has reached their territory, particularly following the Bardo Museum attack in neighboring Tunisia on March 18.

On March 22, it was disclosed that the most dangerous among those cells — whose plans were thwarted — was dismantled. Moroccan security services said that their investigation confirmed that the arrested 13-member group — which is active in nine Moroccan cities — was planning to assassinate civil, political and military figures, had pledged allegiance to IS leader Abu Bakr al-Baghdadi, and had called itself “IS Wilaya in the Far Maghreb — the grandsons of Yusuf ibn Tashfin [a commander who helped found Marrakech nearly 1,000 years ago].”

The arrests are considered to be the most significant achievement in thwarting IS sympathizers’ activity in Morocco to date. Moreover, in April, the BCIJ said a number of plans by IS-affiliated cells — such as the four-member cell of the Laayoune city in the disputed desert region — had been averted. This was preceded by the dismantlement of the Fez city cell April 1. The cell was recruiting volunteers to join the fighting fronts. In addition, on April 13, the dismantlement of the Nador city cell in the eastern part of the country was announced by BCIJ. The investigation confirmed that there is communication among most of these cells at the fighting fronts.

Morocco was part of the US-led coalition against IS, as the Moroccan air forces stationed in the United Arab Emirates took part in the strikes before they withdrew. Still, experts believe that IS does not consider Morocco a target at present.

Mohamed Ahmed Odda, a Moroccan journalist and researcher on jihadist organizations affairs, said all of the available indicators on the ground rebut the hypothesis that IS is considering establishing a wilaya or a geographic area under its control in Morocco. He told Al-Monitor, “All of IS’ calls, which have been made since the establishment of a caliphate was announced, deny any IS intention to declare Morocco a jihad land. There is a strong centralized state, a secured border and regular army in Morocco. In addition, sectarianism and wars, which represent a solid ground for IS expansion, are not present in Morocco.”

Odda described the IS-linked groups that were recently arrested as “stray wolves” lured by the multiple appeals launched by IS. He added, “The messages and appeals, which IS makes public from time to time, are being received by its sympathizers [in Morocco]. As for these cells, we are speaking of individual and small groups, consisting of a limited number of members not exceeding 10. They receive the appeals, start the planning, and try to move to the implementation phase. This is where the danger lies, because it would be hard to control and monitor these members.”

On the other hand, Morocco now seems more concerned about Moroccans fighting alongside IS in Syria and Iraq, and the pressure and fear their potential return might bring about. Although security services in Morocco have clamped down on the fighters’ transfer stations to Syria and Iraq, their flow could not be permanently halted. This is due to the ongoing activity of the transfer networks in the Spanish territory of Ceuta, with which Morocco shares a border.

The Morocco-based Northern Observatory for Human Rights (ONERDH) said in a recent report that six new members from northern Morocco have joined the battles in Syria and Iraq. ONERDH Director Mohamed Benaissa told Al-Monitor that the number of Moroccans joining the battles since the beginning of 2015 has significantly declined. He attributed the dip in numbers to many reasons, including intensified security cooperation between Morocco and Spain and restrictions against IS recruitment cells, in addition to IS losing its ability to attract youths because of its murder crimes against Muslims.

The Moroccan security services’ latest estimates, in March 2015, indicated that the number of Moroccans who joined the fighting in Syria and Iraq is nearly 1,354 fighters — including 246 fighters who were killed in Syria, 40 in Iraq and 156 who were arrested upon their return.

An ONERDH study targeting a sample of 30 Moroccan fighters who joined the fighting in Syria showed that worldly motives — such as self-fulfillment, seeking heroism, adventure and luxury — are the main reasons behind the fighters’ emigration. The study confirmed that the religious motive came in second, particularly for the second generation that was influenced by IS photos showing the fighters’ well-being.

There is conflicting information on the role of Moroccan fighters within IS ranks. The Moroccan fighters, known for their ferocity in the fighting and for volunteering to carry out suicide attacks, make up a group that goes by the name of “Inghimasiyeen.” Yet, this was not enough for them to take up key positions of responsibility.

With the exception of Abdul Aziz Mahdali — also known as Abu Osama al-Maghribi, and who was an IS war emir and prominent military leader in Aleppo in Syria before he was killed in the battles against Jabhat al-Nusra in March 2014 — there is no information indicating that other Moroccans served in key positions of responsibility under IS.

Odda said, “Moroccans assume limited responsibilities [under IS] such as being the emir of the al-Hisbah [a religious police]. [Another example is] Abu Dajana al-Maghribi, who was later on promoted to the post of security official in the Syrian city of Hasakah, which is not of great importance.”

Odda said that there is a state of discontent and disgust within the Moroccan fighters’ ranks, because they are being marginalized and denied privileges, positions and prizes, which the Saudis and Iraqis are monopolizing. This is in addition to being permanently at risk of being placed at the front lines of battles. He noted that there are cases where Moroccan fighters are escaping IS-controlled areas toward the Syrian-Turkish border.