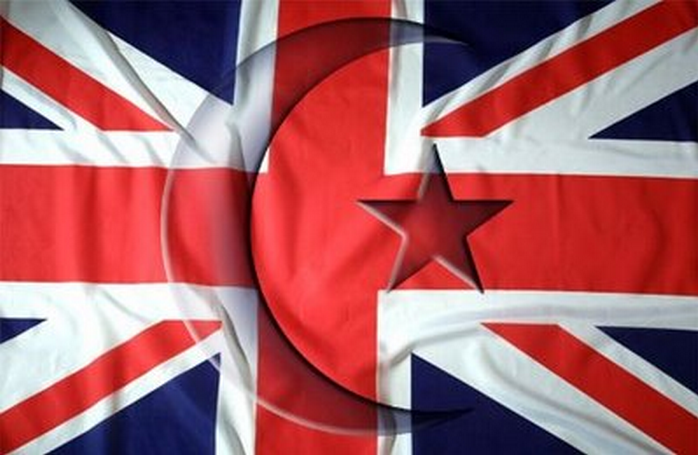 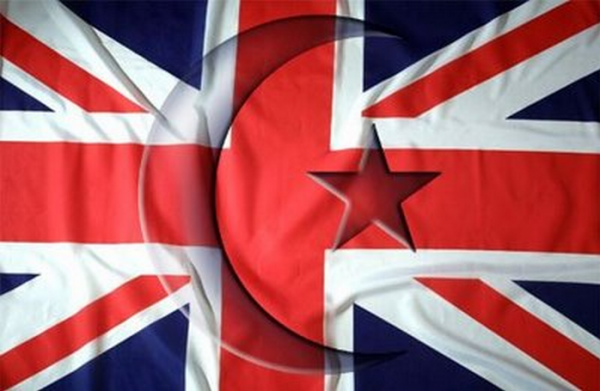 Muslims will single-handedly dictate the outcome of the UK elections… or so you might think reading press reports following a study by one neoconservative think tank.

According to the Henry Jackson Society (HJS), the UK’s Muslim community could hold sway in a quarter of seats in Britain – suggesting, say some, that this one religious group will swing the overall result in Thursday’s closely fought election.

Muslim groups have reacted angrily to the HJS analysis, with the London-based Islamic Human Rights Commission telling Al Arabiya News it is “insulting and scaremongering”. Some argue that the HJS overplays Muslims’ influence in the poll, given that they make up less than 5 percent of the population.

With that in mind, here are our five top myths about the so-called ‘Muslim vote’ in the upcoming polls.

1. Muslims hold sway over the election

The Henry Jackson Society (HJS) analysis found that, in 159 of 632 seats, the number of Muslims is greater than the margin of victory in the 2010 election. That prompted headlines such as “Muslim vote could decide 25% of seats” in the right-wing Daily Mail newspaper. But such a scenario would assume that Muslims tend to vote the same way. Massoud Shadjareh, chair of the Islamic Human Rights Commission, said it is far from the case that Muslims will by the “kingmakers” in the election. And Miqdaad Versi, assistant general secretary of the Muslims Council of Britain, said the HJS is “intentionally scaremongering” by overplaying Muslims’ influence. “It’s trying to make out that Muslims are a big threat to the UK,” he said. Versi added that the HJS analysis uses “poor methodology”, and said his own estimate is that Muslims will have an impact in 22 to 40 seats. 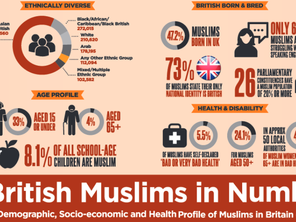 Labour leader Ed Miliband hopes to take the top job in British politics from the incumbent Prime Minister David Cameron – and he has a lot of support among Muslim voters. According to the British Election Study, Muslims are the religious group most likely to vote Labour, with 73 percent planning to vote for Miliband. In the last election, it was estimated that 60 per cent of Muslims voted Labour. Yet Shadjareh said we shouldn’t assume that all Muslims vote the same way – not least because some even support the right-wing UK Independence Party (UKIP). “If you put 1,000 Muslims in a room and asked them ‘what do you want to achieve’, you’d probably get 1,010 responses,” he said. “Muslims will go and vote proportionately with the society.” Versi said the Muslim community was not a “homogeneous” block. While “a significant proportion of the Muslim community vote Labour”, he said that party had lost some support due to its involvement in the Iraq War.

3. Muslims want to take over the country

The HJS analysis “demonizes” Muslims by implying this religious group has an agenda in wanting to swing the election, said Mr Shadjareh. “It’s insulting and scaremongering – the idea that [Muslims] want to take over,” he said. In actual fact, the Muslim community “is so disorganized that it cannot look after itself – but it is presented as if it’s going to take over,” he said. “The reality is we have no agenda as a community.” Alan Mendoza, executive director of the Henry Jackson Society, disputed these claims. “It is ridiculous to suggest this report demonizes Muslims,” he told Al Arabiya News. “We don’t suggest at any point that there is an organized campaign to get Muslims to vote one way and in fact conclude that religious affiliation is just one of a number of factors that contribute to voting intentions. People should read the report properly rather than scaremonger based on false premises.”

4. A fifth of people in the UK are Muslim

Less than 5 percent of Britain’s population is Muslim. But the perception is that it is much larger – thus skewing notions of how much influence Muslims will have in the polls. According to a survey conducted last year by Ipsos Mori, people in the UK think 21 percent of the population is Muslim. Conversely, Britons underestimate the proportion of Christians, believing it to be 39 percent when the correct figure is 59 percent, Ipsos Mori found. 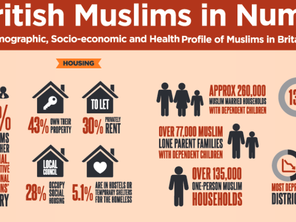 A series of posters were put up in a district of the city of Cardiff urging Muslims not to vote in the UK election because democracy “violates the right of Allah”, suggesting that taking part in the polls was somehow haram, or forbidden. The controversial posters declared: “Islam is the only real, working solution for the UK”. A representative of the Muslim Council of Wales said that the “hateful people behind these posters do not represent us”, according to the Daily Mail. Versi said it is not the case that voting is haram. “Muslims should be involved in the society and make sure our voice is heard,” he said. “That’s our right, that’s our duty and it’s the right thing to do.”