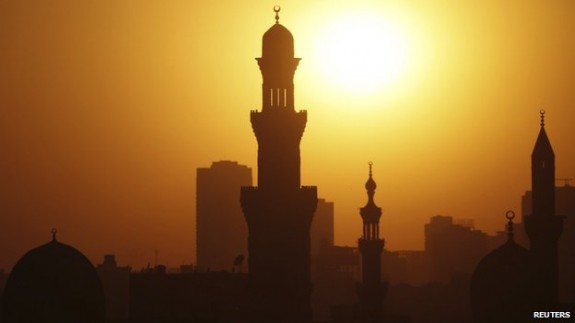 In a blatant sign that progress might be afoot in Egypt, Muslims in Al Manufiyya, located in the northern part of the country, have pitched in to help Christians fund the construction of a Coptic church — a notable act considering that sectarian strife has raged there in recent years.

Sources told Agenzia Fides, a Catholic outlet, that the new church will be dedicated to the Virgin Mary. It comes after the Islamic State murdered Coptic Christians in a shocking act of brutality that horrified the world earlier this year.

Now, some Muslims are showing solidarity with their Christian neighbors.

It was after Coptic Orthodox Bishop Benyamin began fundraising for the new church that some Muslim leaders started speaking out in favor of contributing to the fund, Agenzia Fides reported.

The outlet reported that young people and children in particular contributed, with Muslims helping to ensure that the new church will become a reality.

Despite past issues, Muslims and Christians in the region have been working together to find peace and solidarity in light of the chaos that has been perpetuated by the Islamic State, Christian Today reported.

Egyptian President Abdel Fattah el-Sisi has been said to be cracking down on extremism within Egypt’s borders and has made comments critical of the radical approach that some Muslim groups have taken to address social, political and theological issues.

After video of Coptic Christians being beheaded was widely circulated back in February, Egypt wasted no time in launching airstrikes against Islamic State targets, with the Armed Forces General Command announcing on Egyptian radio that the strikes were “to avenge the bloodshed and to seek retribution from the killers.”

There is no telling what the future will hold for Christian-Muslim relations in Egypt, but this most recent story about Islamic adherents helping fund the building of a church certainly shows a ray of hope in a region that has been ravaged by war and extremism.