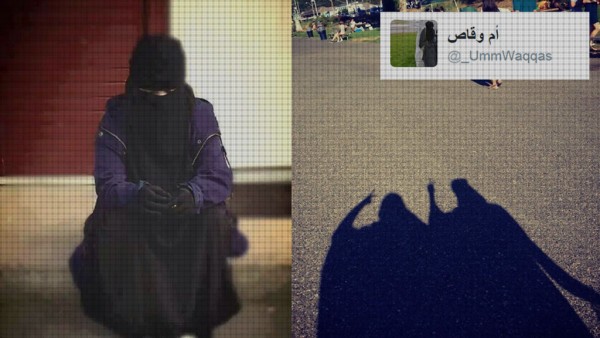 She’s one of the final people that would-be jihadis might speak to before crossing the border to join the Islamic State group in Syria. The woman that the world’s media claim is a Dutch or a British woman in the group’s de facto capital of Raqqa, with considerable online and offline influence.

Flick through the group’s new online “travel guidebook” and her contact details are listed, alongside 17 other agents and middlemen. Recruits are told to get in touch with these people when they make it to Turkey and want a contact in ISIS to help them cross the border.

This is the mysterious but influential woman until now known only as @_UmmWaqqas. Her real life is seemingly obscured from view, with her face completely covered in pictures posted online. As one of the most influential ISIS-linked women online, she describes to her 8,000 followers the religious duty for Muslims to join the Caliphate. She has been in personal contact with Brits and Americans on the eve of their departures, and she is close to fighters and jihadi brides in Syria.

@_UmmWaqqas is today revealed by Channel 4 News to have been set up and operated by Rawdah Abdisalaam, a twenty-something female believed to be from Seattle. She advocates mass emigration to Islamic State while seemingly enjoying the creature comforts of the American lifestyle, watching the Denver Broncos on a super-widescreen HDTV and tweeting pictures of double cheeseburgers.

Her Twitter account was recently accessed from Seattle, though friends say she has moved away, and her exact location remains unclear.

“I’m actually lost for words”, one school friend who wished to stay anonymous told Channel 4 News. “The Rawdah you are referring to is a childhood friend.” She said that the @_UmmWaqqas tweets, “sound a little to extreme to be honest … this is so weird.” Friends confirmed it is her account.

Read the rest of the story at channel 4 news.