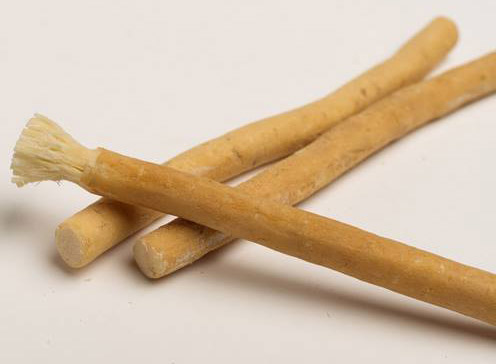 I leave behind me two things, the Quraan and my teachings and if you follow these you will never go astray. [The Last will Of Muhammad Peace Be Upon Him].(al-mustadrak, hadeeth 318)

In this modern day and age we are constantly reminded and bombarded by commercials about our health and beauty by promoting new products at great prices each day of our lives.

There is nothing wrong with looking after and maintaining our hygiene by spending a little extra on products to maintain our skin, shiny hair or sparkling white teeth. Islaam has emphasized the importance of hygiene and cleanliness to the extent it has shown man the etiquette of attaining the call of nature and to the removal of unwanted hair.

To understand the importance of hygiene in Islaam I will quote a saying of Muhammad Peace Be Upon Him: ‘Cleanliness is half of Faith’.

I would just like to bring your attention to one forgotten Sunnah which was greatly used and practiced by our predecessors in fact it was a custom of the previous Prophets who have come and gone thousands of years ago.

This forgotten practise is none other than the Miswaak!

Now some may be confused or some may know a little. Trust me and read on and all your questions will be answered, even further you will be shocked regarding this forgotten practise.

Fasting when the mouth becomes dry and parched also not being able to consume food nor liquid there is a chance of bad odour from the mouth where the stomach gas plays a role in creating an odour.

Islaam is a religion of peace which educates a Muslim not to bring forth any kind of harm to others may they be Muslim or non Muslim.

There is a hadeeth which states that using the miswaak before prayer (Salaah) multiplies its reward to seventy times more. (al-mustadrak,hadeeth 515)

This is Ramadhan, a month of blessings. Plant your seeds and watch them reap in the hereafter.

Before the invention of our conventional toothbrush and mouthwash, The Miswaak was the tool of the trade which kept a man’s breath fresh and teeth white. It is a small twig the size of a hand span from certain trees which was used as a tool of hygiene.

It was so important during the era of Muhammad Peace Be upon Him, this practise was probably the only optional practise which was stressed upon and emphasised on to such a great degree.

The Messenger stated that Angel Jibraeel use to urge me to use the miswaak so much that I feared that this practice would be decreed an obligation on this nation. If I did not fear hardship on my nation I would have made this an obligation.(Ibn Maajah: 289)

This Miswaak has great benefits; spiritually and scientifically. Now before I state its benefits, know that this miswaak is still taught in some survival/military schools, when one has lost his/hers provisions and have to adapt to nature.

A SMALL ARTICLE I FOUND:

A 2003 scientific study comparing the use of miswaak with ordinary toothbrushes concluded that the results clearly were in favour of the users who had been using the miswaak, provided they had been given proper instruction in how to brush using it. The World Health Organisation (WHO) recommended the use of the miswaak in 1986 and in 2000 in an international consensus report on Oran hygiene that concluded that further research was needed to document the effect of the miswaak. (http://en.wikipedia.org/wiki/Miswak#cite_note-3)

The Miswaak is commonly found from the following trees:

These are the most common ones which are also documented in the sayings and teachings of Muhammad Peace Be Uopn Him.

“Use the Miswaak of the Olive tree. It is the Miswaak of a Mubaarak (auspicious or gracious) tree. It purifies and makes wholesome the mouth. It removes the yellowness of the teeth. It is my (i.e.Muhammad Peace Be Upon Him) Miswaak and the Miswaak of the Ambiyaa (Prophets) who came before me.” (Al-mu`jamul-awsat: 678)

HERE ARE SOME PHYSICAL BENEFITS:

2. Miswaak assists in eliminating toothaches and prevents further increase of decay which has already set in.

3. Miswaak creates a fragrance in the mouth.

4. Miswaak is a cure for illnesses.

5. Miswaak eliminates bad odours and improves the sense of taste.

7. Miswaak is a cure for headaches.

8. Miswaak creates lustre (noor) on the face of the one who continually uses it.

9. Miswaak causes the teeth to glow.

Miswaak has become a subject in modern science baffling many doctors and researchers of its effects to stop many oral diseases and its positive effects.

The Messengers has said:

‘Make a regular practice of the Miswaak, for verily, it is healthy for the mouth and it is a Pleasure for the Creator (i.e. Allah is pleased with the Muslim who uses the Miswaak)’. (Ibn Maajah: 289)

The Miswaak is so rewarding even spiritually that when performed before Salaah (prayers), the reward is multiplied seventy times. It has so many endless spiritual benefits but I will state one of the most profound ones which is that the believer will die with testifying on his tongue that there is no god but Allah to be worshipped and Muhammad is the last messenger.

There is nothing alien about using a stick to clean your mouth.

But I ask you, research the miswaak in modern science. Would you revive this forgotten practise to uplift your spiritual side, a practice which was loved by the Messenger OR discard it because it has no space or recognition in the eyes of Tomorrow?

How much money do we spend on health related products when we know of the miswaak and its health benefits costing no more than few loose change.