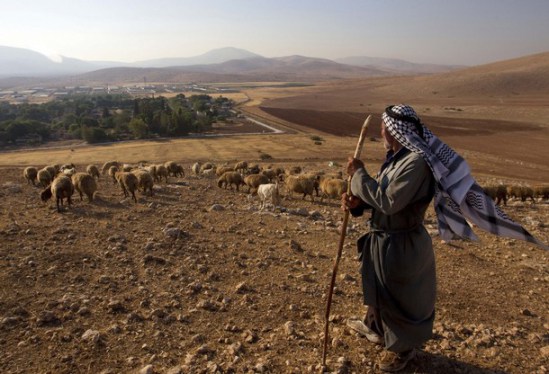 Our master the Prophet (upon him blessings and peace) used to narrate stories from the past to his companions. One of those stories went like this:

“Among the Sons of Israel, there were three people; one had a spotted skin, one was bald, and the other one was blind. Allah the Exalted wanted to test them and send an angel in human form to them.

The angel came to the one with the spotted skin and asked:

– What is the thing that you wanted the most?

– A beautiful skin color, a nice skin, and getting rid off this condition that drives people away from me.

Upon this the angel patted his skin. Upon the touch of the angel, the spots on his skin disappeared. This time the angel asked:

– What do you want to posses most?

After giving him a pregnant camel, the angel left praying as:

– May Allah make this camel bountiful to you!

Then angel went to the bald man and asked:

– What do you want the most?

And the man said:

– Having beautiful hair and getting rid of this condition that drives people away from me.

The angel patted his head and the baldness disappeared. He had luxuriant thick hair.

– What do you want to possess the most?

– Cattle, the man said. The angel gave him a pregnant head of cattle and prayed for him as:

– May Allah make these cattle bountiful for you. Then, the angel went to the blind and asked:

What do you want the most?

– I want Allah to give my eyes back so that I can see people.

When the angel touched his eyes, the man started to see. Angel asked:

– What do you want to possess the most?

– A head of sheep, he answered.

Later on the angel appeared as a spottedskinned man to the man who was once so and said:

– I am a poor man. I lack the means to continue my journey. I can only reach where I want to go by the help of Allah first and then yours. I want one camel for the sake of Allah Who gave you this beautiful color, nice skin, and all of this wealth.

The man refused this by saying:

Upon this the angel said:

– I think I know you. Aren’t you the spotted skinned poor man that people stayed away and whom Allah made rich? Allah gave you health and wealth.

However, the man refused the truth and said:

– You have talked too much; this wealth was inherited from my ancestors.

The angel cursed him as:

– If you are lying, may Allah return you to your previous state.

Then the angel turned bald and went to the man who used to be bold and said the same things and the once-bald man answered in the same manner. The angel left him by saying:

– If you are lying, may Allah return you to your previous state.

Then the angel turned blind and went to the man who used to be blind and said:

– I am a poor traveler. I do not have the means to continue on my journey. I can only go on first with Allah’s and then your help. I want a head of sheep from you for the sake of Allah who gave back your eyes.

– I used to be blind once, and Allah opened my eyes. I used to be poor, Allah made me rich. Take whatever you want, leave the ones you do not want. I swear I will not make things difficult for you.

Upon this, the angel said:

– Let all this be yours. This was a test for you. Allah is pleased with you. The other two lost the test and faced Allah’s wrath,

and the angel disappeared.