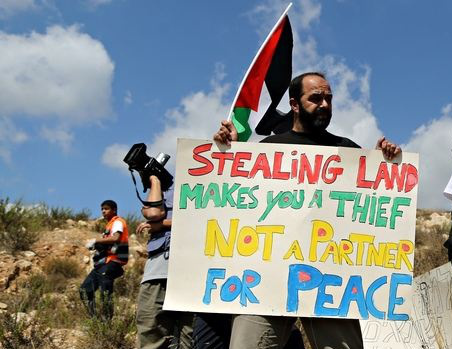 The Israeli government can now legally seize Palestinian homes in East Jerusalem after judges approved the use of a controversial law.

The Palestinian side of the holy city had previously been exempt from the Absentees’ Property Law, brought in after the 1948 war to allow arriving Israelis to move into abandoned homes.

But now Israel’s Supreme Court has ruled that it can be applied to East Jerusalem, effectively allowing the state to take control of property whose owners live in the West Bank or Gaza.

The panel of seven judges warned that it should be used only in the “rarest of rare cases” because of manifold legal problems and must be approved by the attorney general each time, Haaretzreported.

Judge Asher Grunis, who led the panel of seven judges alongside court President Miriam Naor, pointed out that the literal use of the law could result in Jewish settlers who own property in Israel but have moved to the West Bank losing their former homes.

“The authorities should avoid wherever possible to use the law,” Judge Grunis said, according to Arutz Sheva.

“With that, I do not see any reason to strike down the law and impede its use under all circumstances.

“In our opinion there may be rare situations where the law will be enacted on property in Jerusalem that had been owned by Arabs living in Judea and Samaria (the West Bank).

“Under those circumstances, the government would need to get the permission of the Attorney General before acting.”

Haaretz reports that in recent years, the law has “become a tool for right-wing groups seeking to increase the Jewish presence in East Jerusalem”, which is traditionally dominated by Arab neighbourhoods.

An absentee is defined as anyone who lives in a nation designated hostile, including Lebanon, Egypt, Syria, Saudi Arabia and Jordan, or in an area of Israel outside state control.

That includes parts of the West Bank and Gaza controlled by the Palestinian Authority, where many former residents of modern-day Israel moved to during the 1948 war.

Boundary changes during the Six Day War almost 20 years later saw Palestinians with property in Jerusalem declared “absentee” because of the new boundaries of the city, even though they had not moved.

The law could even be interpreted to mean soldiers sent into the Occupied Palestinian Territories or to fight in an enemy country would be declared absentees and return to find someone else living in their homes.

Control is passed to the Custodian of Absentee Property to be used for the “development of the country”, usually to be repurposed for Israeli residents.

The application of the Absentees’ Property Law has been wrangled over for decades and the latest Supreme Court ruling was in response to high numbers of appeals from Palestinians who have lost their homes.

Adalah, the Legal Centre for Arab Minority Rights in Israel, said the decision “allows the continued application of one of the most racist and arbitrary laws in Israel, which was enacted in 1950 with the goal of confiscating the property of Palestinian refugees who were expelled from their homes”.