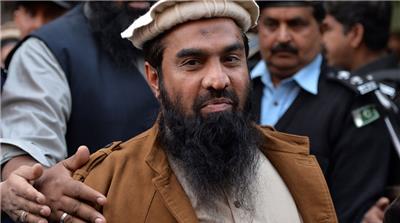 Pakistan’s Supreme Court has suspended death sentences handed down by the country’s new military courts, set up in the wake of a Taliban massacre at a school in December last year.

The move came after legislators approved a change to the country’s constitution in January to establish military courts to deal with terrorism cases, prompting concern from lawyers and rights activists.

The amendment was part of government efforts to crack down on armed groups following the school killings in December by members of the Pakistani Taliban, which left more than 150 people dead, Pakistan’s bloodiest ever attack.

The army announced the first verdicts and sentences from the new courts earlier in April.

Six alleged fighters were condemned to death and another jailed for life, on terrorism charges, though few details of the offences and trials were given.

Asma Jehangir, a prominent rights lawyer who filed a separate petition against the secrecy surrounding the military trials, said the ongoing trials being heard by the new tribunals would continue.

The Supreme Court order said those convicted by military courts had the right to appeal and directed the attorney general to file a reply in the case by April 22.

Earlier Jehangir told the court that families of those convicted were not even told the trials were going on, and only learned about them through media reports.

Colonel Inam-ur-Rehman, a senior lawyer who has defended cases before the military courts, praised Thursday’s ruling as a “great achievement”.

“It shows that the judiciary is performing its role independently and no parallel judiciary can be allowed to work in the country,” he said.

The death sentences handed down to the six in marked the first such ruling since Pakistan lifted a moratorium on the death penalty last December following the attack.

The country initially lifted the moratorium only in “terrorism” cases following the Peshawar killings, and subsequently hanged 22 “terrorists” who had been convicted by civilian courts.

Since then, however, the government has widened the lifting of the moratorium to include all capital cases, and has executed at least 49 more people, most convicted for murder in non-terrorism cases.