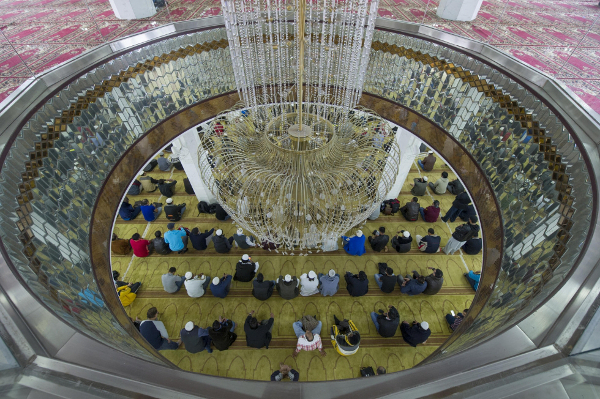 Facing a sharp rise in Islamophobia, leaders of the Muslim community in Hong Kong have issued an open “letter of peace”, listing true teachings of Islam and dispelling misconceptions and myths surrounding it.

“The Muslims in Hong Kong have lived side by side with their fellow non-Muslims for the best part of the last 175 years, and we certainly desire nothing else but to continue this peaceful coexistence,” the letter, which was backed by more than 21 Muslim groups and released in English and Chinese, was quoted by South China Morning Post.

“We request everyone not to judge the religion by the actions of a few, rather judge it by its original scriptures and sources. There are bad apples in every basket.”

The letter was issued after recent reports that the so-called Islamic State (ISIL) was extending its branches to recruit Indonesian migrant workers.

These reports have led to increase in anti-Muslim hate attacks, after Muslim women reported several cases in which they were targeted with comments about links to terrorism.

Taking a step-forward, the groups offered the letter to give the wider community a glimpse into Muslims’ beliefs.

“Discrimination is in every society, and we can’t say Hong Kong is absent from that,” Adeel Malik, an English teacher and one of the directors of educational group Discover Islam Hong Kong, said.

“These [news] articles have brought these issues from the back of the mind to the front of the mind because it’s happening at [our] doorstep. We have felt that as a community, the stories have had a negative impact.”

Malik, who was born and raised in Hong Kong, said that the open letter was “about building bridges with the local community”.

For businessman Ali Diallo, who moved to the city from Guinea about five years ago and teaches courses on Islam, the letter showed the Muslim community as one body acting together against threats.

“Since I’ve come to Hong Kong, this is the first time that I’ve seen the Muslim community come together like this,” he said.

Hong Kong’s chief imam, Muhammad Arshad, said local Muslims were shocked with the news stories “because it was unexpected and still most of them do not believe that ISIS could reach here”.

Arshad said that comments from Chief Executive Leung Chun-ying and Police Commissioner Andy Tsang Wai-hung about a terrorism threat and possible links to Islamic State “would have been based on some intelligence reports so we have asked our community to be vigilant and supportive to the authority”.

About 100,000 are from Indonesia and work as domestic helpers. The rest come from all over the world, including large populations from Pakistan, Bangladesh and West Africa.