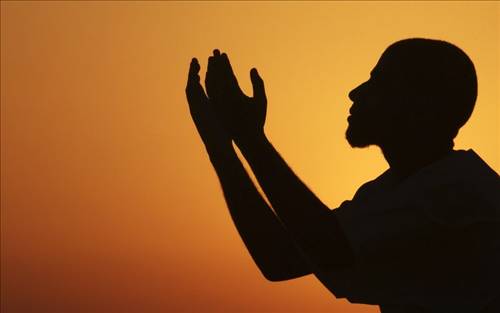 It is recorded in Musnad Ahmad and Sahih Abu Hatim on the authority of ‘Abdullah bin Mas’ud that the Messenger of Allah (peace be upon him) said,

“Whoever was afflicted with grief and distress and says (see the following Dua), Allah, the Exalted and Ever-Majestic, will remove his grief and will change his sorrow into happiness.” It was said, “O Messenger of Allah! (Do) we have to learn these words?” He said, “Yes, whoever hears them should learn them.” “O Allah, I am your slave, the son of your slave. My forelock is in Your Hand. Your judgment of me is inescapable. Your trial of me is just. I am invoking You by all the names that You call Yourself, that You have taught to anyone in Your creation, that You have mentioned in Your Book, or that You have kept unknown. Let the Qur’an be delight of my heart, the light of my chest, the remover of my sadness and the pacifier of my worries.” (Source: Musnad Ahmad # 1/391)

This great prophetic tradition implies certain matters of knowledge, monotheism and submission (as stated below):

“O Allah! I am Your Slave” (Submission to Allah)

The correct meaning of, “I am Your slave” indicates the following:

So, if he really believes in all that which was previously mentioned, then he has confessed his full submission to Allah.

“You have control over me.” (Allah Controls Our Souls)

The sentence (in the Dua), “My forelock is in Your hands,” means, “I cannot act freely as far as my soul is concerned,” for how can he act freely when his soul is possessed by his Lord, his forelock is in His hands, his heart is between two of His fingers, and moreover, his death, life, happiness, misery, good-condition, and affliction are in the charge of his Lord, the Exalted? By no means is the servant in charge of himself. The master owns him, and his forelock is in the grasp of a powerful and mighty ruler.

Whenever the servant of Allah confesses the fact that his forelock and the forelock of all other servants are in the grasp of Allah (i.e. under His control), he will neither fear nor aspire to any worldly sovereign nor will he overestimate them, because he knows quite well that they are but subdued servants, whose destiny is controlled by Allah. Whoever confesses this fact, surely will stand in need of Allah and whenever he witnesses the reality of other people, he will neither overestimate them nor exaggerate in seeking their support. In this way, his belief, trust and submission will be turned to Allah alone.

This is the reason behind Prophet’s Hud’s speech to his people when he said in the Quranic verse:

“I put my trust in Allah, my Lord and your Lord! There is not a moving (living) creature but He has grasp of its forelock. Verily, my Lord is on the Straight Path (the truth)” Quran (Surah Hud: 56).

“Your Judgment is executed on me. Your Decree on me is just.”

The sentence, “Your Judgment is executed on me. Your Decree on me is just,” implies two themes. The first theme refers to the execution of His judgment on His servant.The second theme on the other hand implies praising Him that His Decree is just, in addition to the fact that Allah, the Exalted, is the Dominion, and that to Him belong all praise and thanks. This is also what Prophet Hud referred to in the verse above: “There is not a moving (living) creature but He has grasp of its forelock,” and also his words, “Verily, my Lord is on the Straight Path (the truth).”

In other words, despite the fact that Allah is the Dominion, the Almighty and the Controller of the destiny of His servants as their forelocks are in His grasp, yet He is on the straight path. He is the Just One, Who oversees His servants’ affairs justly. He is on the straight path in His words, His actions, His judgment, His destiny, His commandments, His prohibitions, His rewards and His punishment. His verses are truthful, His Judgment is correct, and His commandments are beneficial. He prohibited all that which is evil and mischievous. His reward descends upon those who deserve His mercy and grace. His punishment descends upon those who deserve torment by means of His Justice and wisdom.

“Make Quran the Spring (delight) of my heart, the light of my chest, the eliminator of my sorrow, and the remover of my worries)”

In this expression, the word ‘spring’ means “rain”, which brings life to earth. The Quran is compared to rain because it revives the hearts. The slave when making this Dua, makes a similarity between water, which is the cause of life, and between light, which is the cause of brightness. So the supplication implies that the heart is revived (elimination of worries and sorrow) by the spring of the Quran, for it is the light of the chest, a concept, which combines life and light. Allah, the Almighty says:

“Is he who was dead (without Faith by ignorance and disbelief) and We gave him life (by knowledge and Faith) and set for him a light (of Belief) whereby he can walk amongst men, like him who is in the darkness (of disbelief, polytheism and hypocrisy) from which he can never come out?…” Quran (Surah Al-Anaam: 122).

As the prophet (s) instructed, everyone should memorize and learn this hadith and say it by understanding it’s meanings as explained by ibn al-Qayyim above.

This also shows that we should make Quran recitation and learning part of our daily lives so Quran can bring the life and light in our hearts.