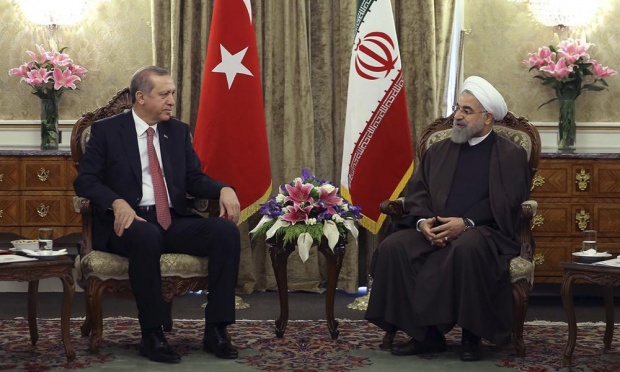 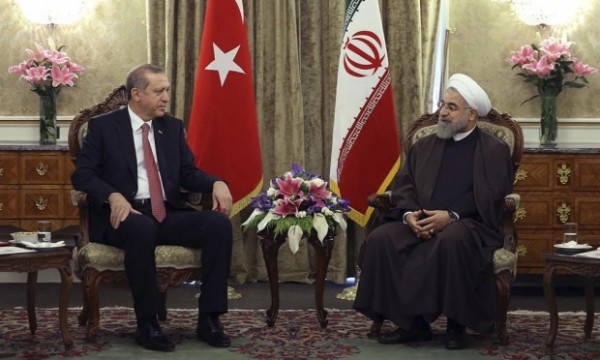 Erdogan’s one-day visit to Iran comes as relations between Ankara and Tehran have been strained by events in Yemen, where both countries have backed rival sides in the conflict. The two countries have also been at odds over the war in Syria.

The two presidents signed eight agreements and took pains to emphasise the need for greater economic cooperation, with Erdogan saying Turkey and and Iran were far behind a target to lift trade volume to $30bn.
Trade between the two totalled around $14bn in 2014.

He also said Turkey and Iran should start trading in their own currencies instead of dollars or euros to avoid foreign exchange volatility.

Speaking at a joint news conference, both Erdogan and Rouhani sought to play down the regional tension, without making any concrete suggestions.

“I don’t look at the sect. It does not concern me whether Shia or Sunni, what concerns me is Muslims,” Erdogan said.

“We have to put an end to this bloodshed, this death.”

Erdogan has backed a Saudi-led military campaign against Houthi rebels fighting for the control of Yemen. Tehran, which is said to be supporting the rebels, is against the operation.

“We both believed that it is necessary for us to witness the end of war and bloodletting in Yemen as soon as possible,” Rouhani said.