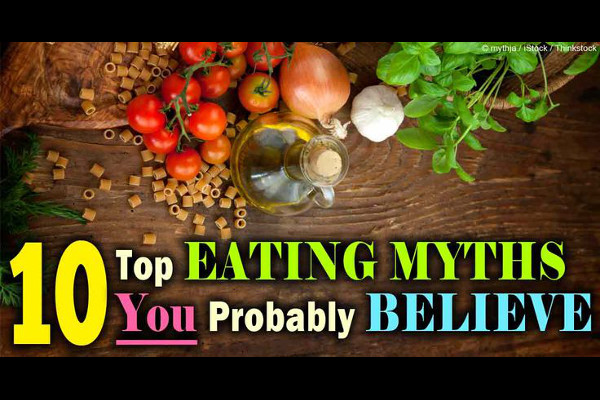 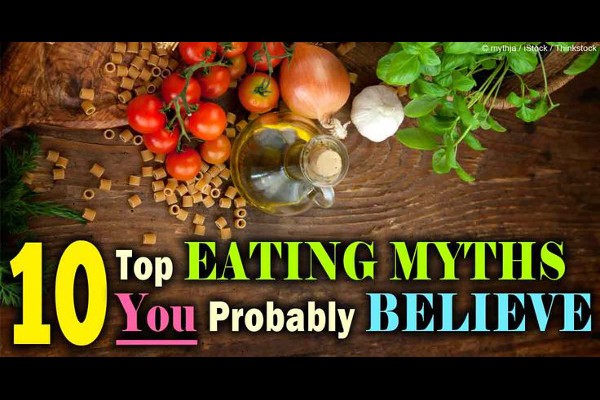 The Top 11 Biggest Lies Of Mainstream Nutrition, originally written by Kris Gunnars on Authority Nutrition, has to be one of the best articles around. It pretty much summarizes what is wrong with modern nutritional advice. Take a look at his article for all the references and studies.

Look at his other fabulous articles. He and his researchers write brilliant articles on diet and nutrition topics, and they love debunking myths :

We have been told to restrict our egg intake due to the scare of raising our cholesterol and our risk of heart disease. It has been proven that cholesterol in the diet does not raise cholesterol in the blood, and eggs are one of the most nutritious foods around. An easy source of protein, vitamins and minerals, eggs are an easy and versatile food which we should be consuming more of.

2: SATURATED FAT IS BAD FOR YOU

A number of flawed studies and shoddy science has led us to this conclusion back in the 1960’s and it has been shown to be completely wrong. A review article in 2010 which covered over 347,000 people showed there was absolutely no link whatsoever between saturated fat and cardiovascular disease. This unproven theory that the 2 are related has now become conventional wisdom and the basis of the various food pyramids/food plates.

Eating MORE natural saturated fats (meat, cheese, butter, coconut oil) actually raises you HDL (the one you want more of) and makes your LDL from angry oxidised little critters that attack the cell walls, into large fluffy ones which are pretty benign.

3: EVERYBODY SHOULD EAT MORE GRAINS

Eating grains are pretty much a modern addition to our diet in the big scheme of evolution and our genes haven’t changed considerably to allow us to digest them. Grains are pretty low in nutrition, contain phytic acid which stops us from absorbing minerals from our gut, modern wheat contains a high amount of gluten, causing leaky gut (with or without symptoms) which can cause bloating, cramp, and brain disorders (namely schizophrenia, depression and alzheimers) and are high in carbohydrates (refined or not). By removing grains from your diet, you will introduce far more nutrition than that lost by not eating a slice of whole grain bread.

4: EATING A LOT OF PROTEIN IS BAD FOR YOUR KIDNEYS AND YOUR BONES

Yes studies have shown that by eating a high protein diet increases calcium excretion from your bones and kidneys, but long term the effect is the opposite!!! Long term studies show high protein actually improves bone strength and does not increase your risk of kidney disease in healthy people. The biggest risk factors of kidney disease are high blood pressure and diabetes – both of which are improved by eating high protein.

5: EATING LOW FAT FOODS ARE GOOD FOR YOU

Because of the low fat food guidelines (see number 2) food manufacturers, marketing and advertising has boomed into the low fat industry. But what happens when you remove the fat? The flavour, volume and texture are removed so they bump it up with sugars, high fructose corn syrup and all other manner of sweeteners and fillers to make up for it. Next time you are at the supermarket, take a look at the nutrition labels of low fat cream cheese and regular cream cheese. The one I buy is 2% carbs for the regular full fat, yet 15% carbs for the lite low fat version. You can probably guess I buy the 2% one. Also full fat foods keep you fuller for longer, hence the need to actually eat less. Low fat ‘food products’ are so processed, leave them on the shelf.

6: YOU SHOULD EAT MANY SMALL MEALS THROUGH THE DAY

This is another urban myth that continues. Apparently if you eat small meals often, it will raise your metabolism! Studies have shown that given the same food in 3 or 6 meals makes no difference. In fact the more often you eat, the less satiety you may feel. It is not natural to feed constantly. Humans would feast and fast, and not eat as often as we do today. In fact studies have show an increase in coclon cancer for those who ate 4 times a day compared with those who ate only twice.

7: CARBS SHOULD BE YOUR BIGGEST SOURCE OF CALORIES

Again this advice stemmed from the flawed food pyramid in number 2. This may work well if you are lean and metabolically healthy, but for those who are obese, diabetics or have metabolic syndrome, it is downright dangerous. Another reason why the entire bottom layer of the food pyramid is carbs and grains is because the wheat lobbyists got to the food pyramid before it was published and increased their portion, against the advice of the experts but by the government officials who were trying to feed a nation on cheap foodstamps.

8: HIGH OMEGA 6 SEED AND VEGETABLE OILS ARE GOOD FOR YOU

Polyunsaturated fats are supposed to reduce your risk of a cardiovascular event, however, there are both omega 3 and omega 6 fatty acids to consider. Omega 3 is anti inflammatory and omega 6 isinflammatory so we must get the ratio of omega 3:6 in our diet in favour of the anti-inflammatory omega 3 fatty acid. The major source of omega 6 in our diet is through processed seed and vegetable oils such as canola oil, sunflower oil, soy bean oil and corn oils. When research looked at specifically omega 6, its consumption actually increases your risk of heart disease.

We already know the low fat diet currently recommended has resulted in rates of obesity, T2 diabetes and their associated complications like we have never seen before. Low carb diets are changing peoples lives, losing weight and getting many off their medications. Low carb diets have the potential to cure many of the health problems of the modern world. Low carb diets are consistently showing superior results and better outcomes.

10: SUGAR IS UNHEALTHY BECAUSE IT CONTAINS EMPTY CALORIES

Whilst this is partly true, the real danger comes from the high fructose content of sugar which is metabolised by the liver into FAT resulting in raised VLDL, triglycerides, and causes leptin and insulin resistance, weight gain and loss of appetite control. The dangers of diets high in sugar go beyond empty calories, it causes disruption of the hormonal control of blood glucose, fat storage and appetite control leading to metabolic syndrome, weight gain and many serious diseases.

It seems a simple concept that eating fat will make you fat, but this will only happen if you are eating a high carbohydrate and high fat diet. It is the carbohydrate making you store the fat. Carbohydrates drives insulin which drives fat storage.

Eating a high fat diet (and low carbohydrate) will allow you to lose more weight than a low fat diet.