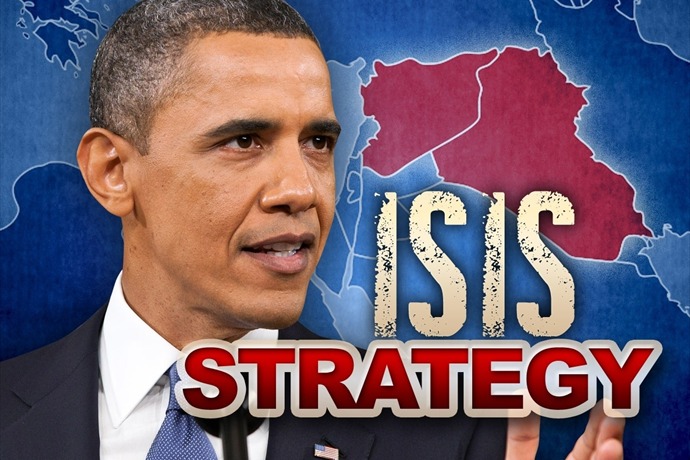 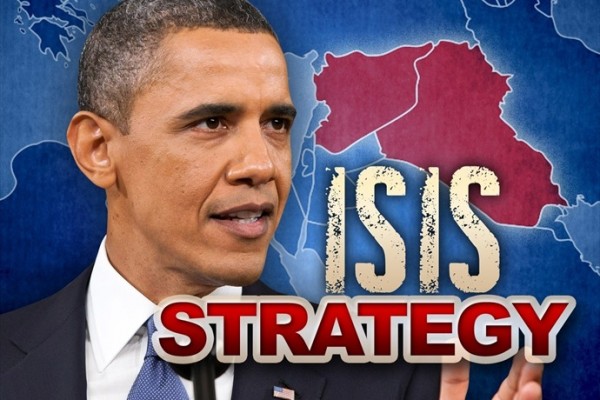 As the war against the Islamic State (ISIS/ISIL) rages on, the US has stepped up its air campaign, combining destructive bombs with anti-ISIS leaflets.

But while US propaganda efforts are ostensibly aimed at disrupting ISIS recruitment, overall US involvement has yielded mixed results at best.

On the one hand, Washington is engaging in a psychological campaign designed to dissuade potential ISIS fighters from joining up, with leaflets depicting grisly images of young men being sent into a meat grinder. On the other hand however, the US continues to exacerbate the situation in both Iraq and Syria by providing material support, both directly and indirectly, to the very groups whom they claim to be fighting.

While the US seems to be engaged in a psychological war against ISIS, it is equally involved in a systematic campaign of sabotage against those forces that are actually fighting ISIS on the ground. And so, as it often does, Washington is playing both sides of the conflict in order to achieve an outcome to its own political advantage, and to the detriment of Syria, Iran, and other interested parties.

The US psychological war against ISIS

Since the emergence of ISIS on the world stage, much has been made of the organization’s ability to recruit fighters, produce propaganda, and effectively get its message across to the young Muslims around the world. There have been countless news stories of Muslim youths from the West eagerly joining up to fight in far flung war zones like Syria and Iraq, seemingly translating their disaffection with their own lives into an ideological identification with ISIS extremism.

But beneath the surface of such ideological explanations is the fact, publicly acknowledged by many counter-terrorism experts, that ISIS propaganda, coupled with the financial benefits the organization offers, is responsible for some of the allure of joining the fight. And so, the US has launched a full scale psychological war for the “hearts and minds” of these naïve youths and poverty-stricken potential fighters.

The Pentagon confirmed that they had dropped tens of thousands of leaflets on the Syrian city of Raqqa in an attempt to dissuade potential recruits from joining ISIS. While this may seem a relatively harmless exercise in counter-propaganda, the reality is that it is at best a poorly conceived, and at worst utterly disingenuous, attempt to counteract ISIS recruitment. Were the US serious about eradicating the cancer of ISIS in Syria, US military officials would be coordinating with their Syrian counterparts in a comprehensive attempt to destroy the organization. For while the US Air Force drops leaflets, the Syrian Arab Army has been fighting ISIS on the ground for nearly three years, paying a very high price in blood to protect its country from the internationally constituted terror organization.

US military planners understand perfectly that it is the Syrian military, not slick propaganda leaflets, which will carry the day in the war against ISIS in Syria. While perhaps useful for the public relations campaign back home, such leaflets will do little to change the tactical or strategic situation on the ground. The same goes for the recently announced expansion of the Center for Strategic Counterterrorism Communications, the State Department’s attempt at “counter-messaging” ISIS propaganda on social media and in cyberspace generally.

But, while the US presents itself as pursuing a comprehensive psychological war against ISIS, its military and covert actions tell a far different story.

Fighting ISIS by arming them?

The media has been abuzz in recent months with numerous accounts of US weapons and other supplies falling directly into the hands of ISIS, providing the terror group with invaluable material support at a time when it had suffered heavy losses in both Syria and Iraq. As Naeem al-Uboudi, the spokesman for one of the main groups fighting ISIS in Tikrit told the NY Times, “We don’t trust the American-led coalition in combating ISIS… In the past, they have targeted our security forces and dropped aid to ISIS by mistake.”

Indeed, these allegations are supported dozens of accounts of airdropped US weapons being seized by ISIS. As Iraqi MP Majid al-Ghraoui noted in January, “The information that has reached us in the security and defense committee indicates that an American aircraft dropped a load of weapons and equipment to the ISIS group militants at the area of al-Dour in the province of Salahuddin… This incident is continuously happening and has also occurred in some other regions.”

Whether these incidents are simply honest mistakes by the vaunted US military with all its precision bombing capabilities, or they are indications of a more callous attempt to inflict casualties on all sides and prolong the regional war, either way they represent an abject failure of the US strategy against ISIS. But of course, the US policy failure goes much further than just mistakes on the battlefield. Rather, the entire policy of arming so-called “moderates” in Syria has led directly to the growth of ISIS into a regional power.

Since 2012, the US, primarily through the CIA, has been providing weapons and training to terrorists in Syria under the guise of arming “moderates.” Many of these allegedly moderate groups have in recent months been documented as having either disbanded or defected to ISIS, including the little publicized mass defections of former Free Syrian Army fighters. However it has happened, a vast arsenal of US-supplied weapons and other military hardware are now counted among the ISIS arsenal. So much for the US policy of ensuring the weapons don’t “fall into the wrong hands.”

So, while the US has proclaimed to be fighting ISIS and the al-Qaeda affiliated Nusra Front, they have been simultaneously arming and supporting many of the same forces which now make up much of the rank-and-file of these terror groups. With friends like these, who needs enemies?

Those who follow US foreign policy are likely unsurprised by these revelations of Washington providing arms and intensifying an already dangerous conflict. In Syria, the US has consistently argued that the Syrian government cannot be seen as a partner for peace, and so they must provide weapons to “moderates.” In Ukraine, where the US has a compliant and servile government that executes its diktats, Washington still supplies the arms, talking of peace and stability while exacerbating the war and human tragedy in East Ukraine.

Last week, the US House of Representatives overwhelmingly passed (348-48) a resolution to provide military support in the form of weapons to Ukraine. As Rep. Eliot Engel (D-NY), the ranking Democrat on the House Foreign Affairs Committee stated, “The people of Ukraine are not looking for American troops. They are just looking for the weapons to defend themselves. They don’t have those weapons. We do.”

Indeed, it seems that US policy is to pursue “peace” at the barrel of a US-made, US-supplied gun. As Secretary of State John Kerry explained in his usual self-contradictory manner “To get peace, you have to defend your country,” a devilishly cynical statement from the man who, entirely without irony, explained in 2014 that “you don’t just invade another country on a phony pretext in order to assert your interests.” Perhaps, rather than invading countries, the Obama administration has decided to simply provide the weapons, training, and logistical and material support in order to assert its own interests.

While Syria and Iraq face an existential struggle against the wildfire that is the Islamic State, the United States arrives, gas can in hand, to make peace. As Ukraine slides deeper into civil war, the US provides all the ingredients for a witches’ brew of violence and bloodshed.

For all its talk of psychological war against ISIS, Washington has embraced an aggressive, multi-pronged approach that leaves little doubt as to the thinking of its strategic planners: the enemy of my enemy is both friend and enemy. As Tacitus famously said of the Romans, “They make a desert and call it peace.” So too do the Americans in the blood-soaked deserts of Syria and Iraq.