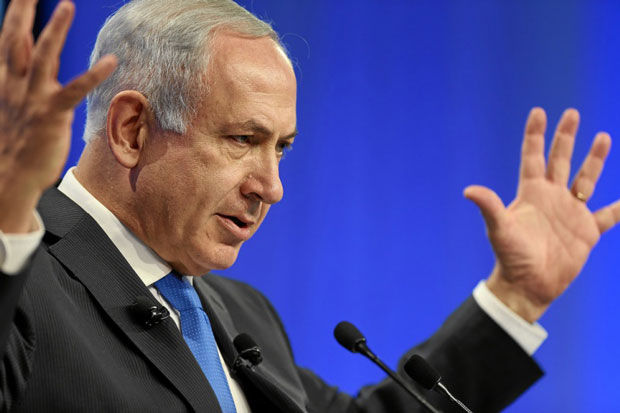 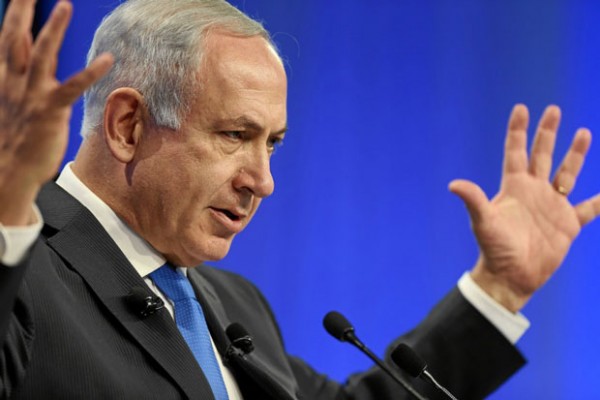 As apologies go, the Israeli prime minister’s isn’t winning any sincerity awards. Benjamin Netanyahu had, on the day of national elections last week, warned about “Arabs voting in droves”, in a shockingly cynical – and successful – attempt to win votes by scaremongering about Israel’s 20 percent Palestinian population.

It drew consternation from all over the place, including from the White House, which made clear its disdain for Netanyahu’s racist panic-mongering comments about Israeli citizens whom he, as prime minister, is duty-bound to represent, exercising their most basic democratic right. And so the man duly apologized. Well, perhaps “apology” is not the best word to describe what happened.

“I know that my comments last week offended some Israeli citizens and offended members of the Israeli Arab community,” he said. “This was never my intent. I apologies for this.”

Netanyahu’s intent, of course, was to win the election, so presumably in this sense, his statement is accurate. The first part of his comment is worded purely to acknowledge that offense was taken, not to apologies for the causing of it.

Certainly his apology didn’t seem to cut it with the population that he insulted – leaders of Palestinian parties in Israel swiftly rejected it.

“To our regret, the racism of Netanyahu and his governments did not begin and will not end with this inciting statement,” read a statement from the Joint List – a new coalition of four marginal Arab and Jewish-Arab parties, which won 13 parliamentary seats in last week’s election, making it Israel’s third largest party.

“Racist and separatist legislation and discriminating policies are Netanyahu’s working plan for the new parliament, and so we are left with no option but to reject his apology and to continue our struggle for equality for the Arab population.”

Writing for the Israeli liberal newspaper Haaretz, diplomatic correspondent Barak Ravid notes: “The contrast between [Netanyahu’s] unrestrained campaign on election day and the forced, weak apology a week later was quite upsetting. It was like publishing a one-column-inch apology on the obituary page for deliberately libeling a person on Page 1. It left a sour impression of wanting to get away with the minimum necessary.”

Ravid and others have noted that the problem isn’t just the racist remarks but the government’s actual policies; Netanyahu’s coalition has introduced laws that have only deepened the discrimination experienced by Israel’s Palestinian citizens.

And US President Barack Obama’s chief of staff, Denis McDonough, also rejected the Israeli leader’s apology, saying that the US can’t just overlook what Netanyahu said.

Netanyahu is not the first politician to have issued what Slate magazine has described as the “sorry, not sorry” apology.

Such comments are typically made when the apologiser has to be seen to be saying sorry but doesn’t actually want to, and doesn’t really mean it. Common constructs, in this context, are qualifiers such as: “If anything I said has caused offense” – which suggests that the person taking offense, if indeed such a ridiculously oversensitive being could possibly exist, is at fault for being too touchy.

Last year, Russia’s Liberal Democratic Party leader Vladimir Zhirinovsky apologised for ordering one of his aides to rape a pregnant journalist by stating he had “spoken out of turn”. He then added the non-sorry stalwart of apologising, to the journalist in question “and to everyone in general that I may have offended”.

Back in 2007, US Senator Joe Biden was commenting on president-to-be Barack Obama and described him as “the first mainstream African-American who is articulate and bright and clean and a nice-looking guy”. But the senator’s apology pretty much deployed all the devices employed by those who insist they have been misunderstood.

“I deeply regret any offense my remark in the New York Observer might have caused anyone. That was not my intent and I expressed that to Senator Obama.”

Another favoured phrase for remorseful politerati is the perennially wonderful “mistakes were made” – a faultlessly passive voice that elides any personal responsibility for whatever damage is perceived to have been done. Former US President Ronald Regan deployed this formulation in 1987, when issuing his apology of sorts over the Iran-contra scandal.

Indeed, politicians – along with actors, sports personalities and other celebrities – are so often caught making what come over as empty expressions of faux remorse; they have earned a Wikipedia entry for this category of contrition: the “non-apology apology”.

This type of sorry is defined as: “A statement that has the form of an apology but does not express the expected contrition.”

Such is the credibility deficit of the political classes that their repentant comments can arouse instant ridicule. One example from the UK is the British Liberal-Democrat minister Nick Clegg, who in 2012 reneged on a pre-election promise not to increase university tuition fees, once in coalition government with the Conservative party. His apology – more for making the promise than for breaking it – was widely panned and an autotuned spoof song version became an overnight viral hit.

Netanyahu, along with other politicians, seems to be from the English author PG Wodehouse’s school of sorry; the humourist noted: “It is a good rule in life never to apologise. The right sorts of people do not want apologies and the wrong sorts take a mean advantage of them.”

But perhaps, to ensure any sincerity isn’t somehow overlooked, the Israeli leader would be better off taking a leaf out of comedian Rich Hall’s book?

“As an American,” the acclaimed comic once said, “I’d like to apologise – for everything.”