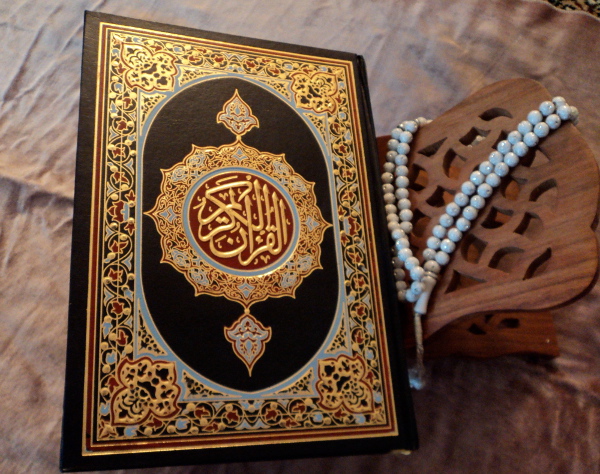 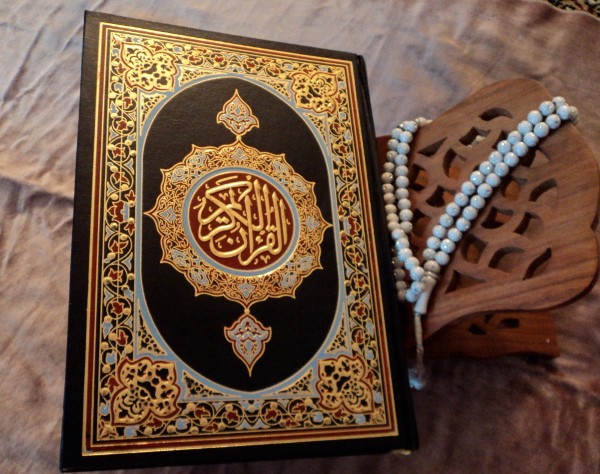 All Praises are for Allah and Peace and Blessings upon the Messenger of Allah Sallallahu Alaihi Wasallam, his family and his companions. Allah, The Exalted Said:

وَلَنَبْلُوَنَّكُم بِشَيْءٍ مِّنَ الْخَوْفِ وَالْجُوعِ وَنَقْصٍ مِّنَ الْأَمْوَالِ وَالْأَنفُسِ وَالثَّمَرَاتِ ۗ وَبَشِّرِ الصَّابِرِينَ
And We will surely test you with something of fear and hunger and a loss of wealth and lives and fruits, but give good tidings to the patient,
الَّذِينَ إِذَا أَصَابَتْهُم مُّصِيبَةٌ قَالُوا إِنَّا لِلَّهِ وَإِنَّا إِلَيْهِ رَاجِعُونَ
Who, when disaster strikes them, say, “Indeed we belong to Allah , and indeed to Him we will return.”
أُولَٰئِكَ عَلَيْهِمْ صَلَوَاتٌ مِّن رَّبِّهِمْ وَرَحْمَةٌ ۖ وَأُولَٰئِكَ هُمُ الْمُهْتَدُونَ
Those are the ones upon whom are blessings from their Lord and mercy. And it is those who are the [rightly] guided.
(Surah al Baqarah, 155-157)

He Said in another place in the Qur’an:

These aayaat make it clear that everyone will be tried and none will enter the Jannah, just like that. When we are faced with trials, it is necessary that we have patience and believe in the Qadr of Allah, that whatever is happening is due to what Allah Has Decreed; and indeed, Allah’s Help is near.Everyone will be tried, even the Prophet Sallallahu Alaihi Wasallam was, but the level of trial differs according to the level of eemaan of the servant. According to a hadith: Sa’d ibn Abi Waqqaas Radiyallahu Anh said: I said: “O Messenger of Allaah, which of the people are most severely tested?” He said: “The Prophets, then the next best and the next best. A man will be tested in accordance with his level of religious commitment. If his religious commitment is strong, he will be tested more severely, and if his religious commitment is weak, he will be tested in accordance with his religious commitment. Calamity will keep befalling a person until he walks on the earth with no sin on him.” (Sahih, Tirmidhi) After reading the above aayaat, one must never think that they will not be able to face the trials or that they don’t have the capacity to come out with success. No! That is not correct. Allah Says:

Losing hope is something that Shaitan instigates in us, which leads us away from Allah. We must know that despair and losing hope in Allah are among major sins. On the authority of Ibn Abbas Radiyallahu Anh: that a man said: ‘O Messenger of Allaah! What are the major sins?’ He Sallallahu Alaihi Wasallam said: ‘Shirk with Allaah, giving up hope of Allaah’s mercy and despairing from the mercy of Allaah. (Saheeh, Silsilatul Ahaadeeth as Saheehah) Patience is a gift from Allah; when a calamity strikes, we must have patience in the first instance instead of breaking down. According to a hadith: The Prophet (peace be upon him) passed by a woman who was weeping beside a grave. He told her to fear Allah and be patient. She said to him, “Go away, for you have not been afflicted with a calamity like mine.” And she did not recognize him. Then she was informed that he was the Prophet. So she went to the house of the Prophet (peace be upon him) and there she did not find any guard. Then she said to him, “I did not recognize you.” He said, “Verily, the patience is at the first stroke of a calamity.” (Sahih al Bukhari) When one has patience, things seem easy for them. In many places in the Qur’an, Allah Has Commended His servants to have patience and Has Reminded us a number of times that He Is With those who have patience and He Loves those who have patience. And when we are tried, we must learn to say what Allah and His Messenger Sallallahu Alaihi Wasallam taught us. Allah Said:

الَّذِينَ إِذَا أَصَابَتْهُم مُّصِيبَةٌ قَالُوا إِنَّا لِلَّهِ وَإِنَّا إِلَيْهِ رَاجِعُونَ
Who, when disaster strikes them, say, “Indeed we belong to Allah , and indeed to Him we will return.”
(Surah al Baqarah, 156)
Allah never wrongs anyone, nor He Intends oppression on anyone. He Is The Most Merciful and Loves us more than our mothers would and He Cares about us, more than we ourselves would. I read a quote attributed to Imam ibn Qayyim Rahimahullah and have no reference for it. I loved it and you will love it as well. According to it, he said: “Had Allah lifted the veil for His slave and shown him how He handles his affairs for him, and how Allah is more keen for the benefit of the slave than His own self, his heart would have melted out of the love for Allah and would have been torn to pieces out of thankfulness to Allah. Therefore if the pains of this world tire you do not grieve. For it may be that Allah wishes to hear your voice by way of du’a. So pour out your desires in prostration and forget about it and know, that verily Allah does not forget it.” Indeed, Allah Is The Most Merciful and He Cares for us more than we ourselves or anyone else would. I won’t be transgressing by saying that He Cares for us more than the entire world put together can. After all, His Mercy is a hundred parts and He sent one part to this earth. And due to this one part of Mercy, an animal also cares for its child. Ninety nine parts of His Mercy are reserved for the Hereafter. If one part of His Mercy is enough for all His Creation to care for each other, then imagine how Merciful He Is; it is impossible to imagine such Mercy. Allah Encourages us to Hope From Him and never lose Hope in Him. The people who have committed excessive sins and have now realized their mistake, He Says to them:
قُلْ يَا عِبَادِيَ الَّذِينَ أَسْرَفُوا عَلَىٰ أَنفُسِهِمْ لَا تَقْنَطُوا مِن رَّحْمَةِ اللَّهِ ۚ إِنَّ اللَّهَ يَغْفِرُ الذُّنُوبَ جَمِيعًا ۚ إِنَّهُ هُوَ الْغَفُورُ الرَّحِيمُ
Say, “O My servants who have transgressed against themselves [by sinning], do not despair of the mercy of Allah . Indeed, Allah forgives all sins. Indeed, it is He who is the Forgiving, the Merciful.”
(Surah az Zumar, 53)

Allah Encourages us to Hope From Him and never lose Hope in Him. The people who have committed excessive sins and have now realized their mistake, He Says to them:

وَإِذَا سَأَلَكَ عِبَادِي عَنِّي فَإِنِّ يقَرِيبٌۖ أُجِيبُ دَعْوَةَ الدَّاعِ إِذَا دَعَانِۖ فَلْيَسْتَجِيبُوالِي وَلْيُؤْمِنُوا بِي لَعَلَّهُمْ يَرْشُدُونَ
And when My servants ask you, [O Muhammad], concerning Me – indeed I am near. I respond to the invocation of the supplicant when he calls upon Me. So let them respond to Me [by obedience] and believe in Me that they may be [rightly] guided.
(Surah al Baqarah, 186)
وَلَقَدْ خَلَقْنَا الْإِنسَانَ وَنَعْلَمُ مَا تُوَسْوِسُ بِهِ نَفْسُهُۖ وَنَحْنُ أَقْرَبُ إِلَيْهِ مِنْ حَبْلِ الْوَرِيد
And We have already created man and know what his soul whispers to him, and We are closer to him than [his] jugular vein.
(Surah Qaaf, 16)

Note that Allah did not ask His Messenger Sallallahu Alaihi Wasallam to tell His Servants that He Is Near. He told this to us directly. He Said that when His servant asks concerning Him, He Is Near. In the second aayah, Allah Says that He Knows His servants and what they think, He Is Indeed nearer to us than anything else, than our own selves.

So, do not lose hope, O servant of Allah! You will never be wronged and you will not face what you cannot bear. Certainly, if you face a calamity, you have the capacity to bear it. So, have patience and know that the end will be good, in sha Allah. Whether you have patience or you show impatience, the result will always be what Allah Has Decreed. So, there is no use of impatience whatsoever; have patience and feel tranquil. Never lose your Hope in Allah, He Loves you and will never wrong you. He does not oppress anyone, nor does He charge a soul with more than what it can bear.

Hope for the best in the Aakhirah and trust in Allah. If you can’t trust in Him, then your trust in anyone else is in vain and will never benefit you. The truth is that no one can do anything for you, until Allah Wills so; so ask of Him like a man afflicted with poverty, having nothing to eat or drink and Hope that He Will Give. Also remember that He May not Give you what you exactly ask for. He Accepts every sincere du’a and Gives what is best for His servant; indeed, He Knows Best, what is good for us and what is not. If giving what is exactly asked is better for us, He Gives it. If it is not, then He Gives something alternative or He Averts a calamity from us. If not this, He Preserves the du’a for the Aakhirah to Reward us in the Hereafter.

This is the Mercy and Wisdom of our Lord, The Most Merciful. Do not lose Hope in Him and keep asking from Him. Abstain from sins and stop eating haraam, these stop du’as from being answered. Follow His Command and the Sunnah of His Messenger Sallallahu Alaihi Wasallam, so that you remain on the straight path and be of those who are successful.