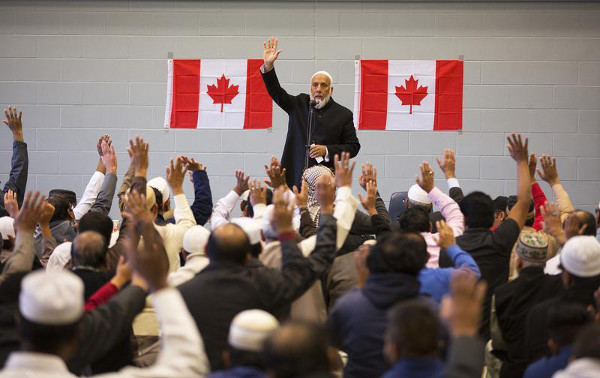 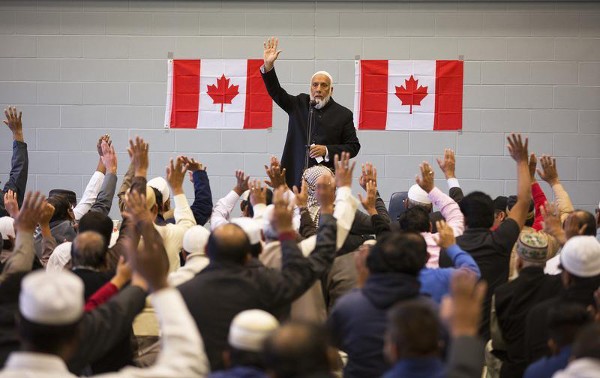 Chairperson of Spring Free From Racism Across the country, the Muslim population is growing at a rate exceeding other religions, according to Statistics Canada. It is even growing faster than the number of Canadians identifying as having no religion. The Muslim population exceeded the one million mark in 2011, according to the StatsCan National Household Survey, almost doubling its population for the third consecutive decade.

However, the survey results should be taken with caution. Experts say that the voluntary nature of the survey, which replaced the mandatory long-form census, leaves gaps in the data from groups that tend not to respond to such surveys, such as new immigrants.

Religions by percentage increase: Muslim: 72.53 Hindu: 67.68 No religion: 63.68 Sikh: 63.43 As mosques become more commonplace and more women wear the niqab (veil), there are growing debates about accomodating religious practices. That internal debate in the Muslim community sometimes gets sidetracked, largely because of the backdrop of violence committed in the name of religion, which Canadian Muslims regularly condemn.

Some Muslims I have spoken to feel a need to be extra nice just because they are Muslims. They feel the need to go beyond certain limits, which is very unfortunate. Sometimes the media will call something Islamic terrorism, and once you call it Islamic, you’ve brought forward a picture that is wrong. Polling has shown that Muslims are proud to be Canadian, sometimes more so than some other Canadians. Muslims very much want to integrate and be part and parcel of Canadian society.

One-on-one, non-Muslims may have favourable views of their Islamic colleagues, but that feeling doesn’t always extend to the wider Muslim population. It isn’t like Canadian Muslims have not tried to educate the Canadian populace, but for some reason there’s still that edge with it that some Canadians have problems getting over.

Muslims now represent 3.2 per cent of the country’s total population, slightly up from the two per cent recorded in 2001. Immigration has largely fuelled the increase, with the largest numbers coming from Pakistan over the past five years, according to Statistics Canada. But the survey provides no breakdown of the branch of Islam that Muslims living in Canada belong to, as it didn’t ask respondents whether they were Shiite or Sunni, for instance.

So, with all of this information, why is it that Canadians cannot accept the religious beliefs of the Muslims? There are numerous examples that keep coming up, such as the recent case where Quebec Judge Eliana Marengo told a Muslim woman that she must take offher hijab (head scarf) in court before her case would be heard. Judge Marengo cited Article 13 of the Quebec Rules of Court, requiring that any person appearing before the court must be “suitably dressed.”

The woman, Rania El-Alloul, appeared in court on a car insurance issue without a lawyer. When asked why she was wearing a head scarf, she said it was because she was Muslim. The judge then ruled that, unless she removed the scarf, the case would not be heard and adjourned it indefinitely. In making her ruling, Judge Marengo did not cite security or other concerns, but stated that she would be similarly disapproving of people wearing sunglasses and hats, which are removed by people before entering court. But, a hijab is not the same as sunglasses or a baseball cap – it is worn by Muslim women as part of their religious beliefs. We are not talking about “laws” here, we are talking about what is reasonable to accommodate differences. This type of intolerance has no place in our justice system.

If you care about things like having religious symbols or prayers in school, I would think twice before cheering on this Quebec judgment. Quebec is leading the way to secularism in Canada based on French tradition and law. Canada has a far greater history of tolerance and acceptance of religious accommodation, including Christianity, in our schools and government than has existed in the United States, and almost weekly we hear concerns from the States concerning this.

Like with all our other cultures, we need to celebrate the diversity of Muslims, and become active in promoting their culture and join in celebrating their festivals.