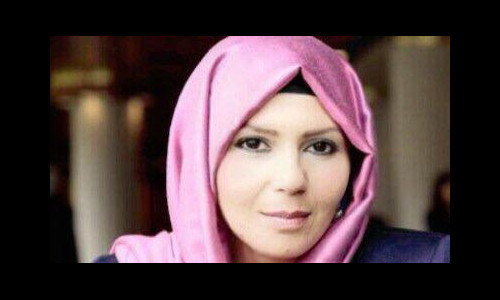 A veiled Muslim politician will sue a French airport authorities after being forced to take off her jacket at security checkpoint, in an incident that reflects increasing Islamophobia across Europe.

“I have been living in Europe for 31 years,” the Justice and Development (AK) Party’s deputy representative in Brussels, Asiye Bilgin, told Anadolu Agency on Thursday, March 12.

“Although I have faced many types of discrimination, I was never humiliated this much.”

Though the Muslim woman, Bilgin, said was only wearing a sleeveless shirt, security officers forced her to remove her jacket at the airport.

When Bilgin refused to remove her jacket, a security officer yelled at her to do so.

“What you are doing is against religious freedom and human rights,” she said she told the security officer.

She also asked for a private room to take off her jacket, instead of removing it in public.

“This is Strasbourg and there is no cabin here, you have to take off your jacket,” Bilgin said another officer yelled.

Commenting on the incident, the head of passengers’ control post at the Strasbourg airport revealed that the airport includes private cabins, unlike what the Muslim politician was told.

The AKP lawmaker lodged a complaint against the discriminatory treatment at the airport as well as giving false information to passengers.

“All Muslim women, especially the ones wearing hijab, can face inhumane treatment despite the universal values,” Bilgin said.

“And this treatment took place in front of the ones who attempt to lecture Turkey on so-called humanity and freedom.”

“European Muslims are treated as second-class citizens in Europe. The treatment that blacks face in the US is experienced by Muslims in Europe,” she added.

Seeing the Charlie Hebdo attack as a betrayal of Islamic faith, leaders from Muslim countries and organizations have joined worldwide condemnation of the attack, saying the attackers should not be associated with Islam.