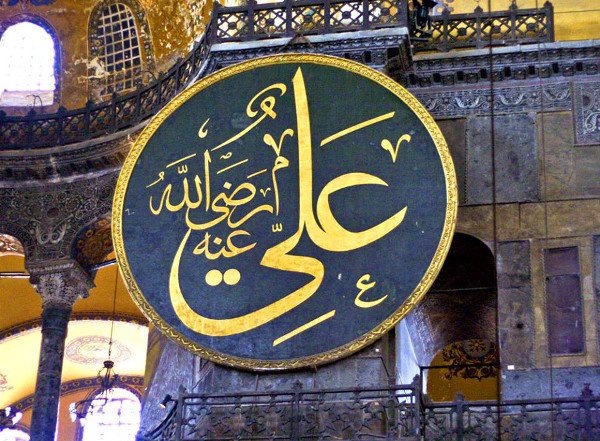 It is related that a companion of Amir al-mu’minin called Hammam who was a man devoted to worship said to him, “O’ Amir al-mu’minin, describe to me the pious man in such a way as though I see them.”

Amir al-mu’minin said, “O’ Hammam, fear Allah and perform good acts because ‘Verily, Allah is with those who guard (themselves against evil), and those who do good (to others)'” (Qur’an, 16:128).

Hammam was not satisfied with this and pushed him to speak further. And so Imam Ali (R.A) replied:

“Now then, Allah the Glorified, the Sublime, created (the things of) creation. He created them without any need for their obedience or being safe from their sinning, because the sin of anyone who sins does not harm Him nor does the obedience of anyone who obeys Him benefit Him. He has distributed among them their livelihood, and has assigned them their positions in the world.

Thus, the God-fearing, in it are the people of distinction. Their speech is to the point, their dress is moderate and their gait is humble. They keep their eyes closed to what Allah has made unlawful for them, and they put their ears to that knowledge which is beneficial to them. They remain in the time of trials as though they remain in comfort. If there had not been fixed periods (of life) ordained for each, their spirits would not have remained in their bodies even for the twinkling of an eye because of (their) eagerness for the reward and fear of chastisement. The greatness of the Creator is seated in their heart, and, so, everything else appears small in their eyes. Thus to them Paradise is as though they see it and are enjoying its favours. To them, Hell is also as if they see it and are suffering punishment in it.

Their hearts are grieved, they are protected against evils, their bodies are thin, their needs are scanty, and their souls are chaste. They endured (hardship) for a short while, and in consequence they secured comfort for a long time. It is a beneficial transaction that Allah made easy for them. The world aimed at them, but they did not aim at it. It captured them, but they freed themselves from it by a ransom.

During a night they are upstanding on their feet reading portions of the Qur’an and reciting it in a well-measured way, creating through it grief for themselves and seeking by it the cure for their ailments. If they come across a verse creating eagerness (for Paradise) they pursue it avidly, and their spirits turn towards it eagerly, and they feel as if it is in front of them. And when they come across a verse which contains fear (of Hell) they bend the ears of their hearts towards it, and feel as though the sound of Hell and its cries are reaching their ears. They bend themselves from their backs, prostrate themselves on their foreheads, their palms, their knees and their toes, and beseech Allah, the Sublime, for their deliverance. During the day they are enduring, learned, virtuous and God-fearing. Fear (of Allah) has made them thin like arrows. If any one looks at them he believes they are sick, although they are not sick, and he says that they have gone mad. In fact, great concern (i.e., fear) has made them mad.

They are not satisfied with their meagre good acts, and do not regard their major acts as great. They always blame themselves and are afraid of their deeds. When anyone of them is spoken of highly, he says: “I know myself better than others, and my Lord knows me better than I know. O’ Allah do not deal with me according to what they say, and make me better than they think of me and forgive me (those shortcomings) which they do not know.”

The peculiarity of anyone of them is that you will see that he has strength in religion, determination along with leniency, faith with conviction, eagerness in (seeking) knowledge in forbearance, moderation in riches, devotion in worship, gracefulness in starvation, endurance in hardship, desire for the lawful, pleasure in guidance and hatred from greed. He performs virtuous deeds but still feels afraid. In the evening he is anxious to offer thanks (to Allah). In the morning his anxiety is to remember (Allah). He passes the night in fear and rises in the morning in joy – fear lest night is passed in forgetfulness, and joy over the favour and mercy received by him. If his self refuses to endure a thing which it does not like he does not grant its request towards what it likes. The coolness of his eye lies in what is to last for ever, while from the things (of this world) that will not last he keeps aloof. He transfuses knowledge with forbearance, and speech with action.

You will see his hopes simple, his shortcomings few, his heart fearing, his spirit contented, his meal small and simple, his religion safe, his desires dead and his anger suppressed. Good alone is expected from him. Evil from him is not to be feared. Even if he is found among those who forget (Allah) he is counted among those who remember (Him), but if he is among the rememberers he is not counted among the forgetful. He forgives him who is unjust to him, and he gives to him who deprives him. He behaves well with him who behaves ill with him.

If he is silent his silence does not grieve him, if he laughs he does not raise his voice, and if he is wronged he endures till Allah takes revenge on his behalf. His own self is in distress because of him, while the people are in ease from him. He puts himself in hardship for the sake of his next life, and makes people feel safe from himself. His keeping away from others is by way of asceticism and purification, and his nearness to those to whom he is near is by way of leniency and mercifulness. His keeping away is not by way of vanity or feeling of greatness, nor his nearness by way of deceit and cheating.”