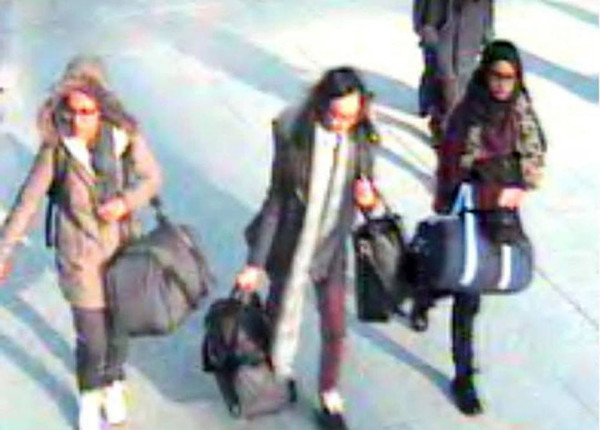 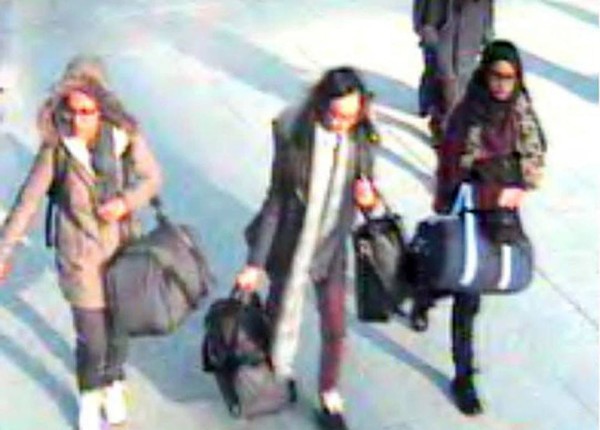 One Arab writer argues that the three British schoolgirls of Asian origin—Kadiza Sultana, Shamima Begum and Amira Abase—who left their homes and snuck into Syria to join the Islamic State of Iraq and Syria (ISIS) are victims of negative propaganda.

He writes that it is slanderous to describe the girls’ journey as a form of “sexual jihad,” a term which distorts the reputation of the Islamic concept of jihad. He then quotes ISIS’s statement that the girls now have the opportunity to establish a “perfect family” and life in Syria, and that the organization will grant them free housing—and that this is why a 15-year-old girl would leave her home in Manchester in the UK to go to Raqqa in Syria.

Of course it is naive to believe this narrative of a “perfect family” amid all the destruction taking place in Syria and the atrocities committed by ISIS’s beasts. But should we really be worried about cleaning up the language of the news, which does include shameful and embarrassing terms such as “sexual jihad,” or should we instead focus on the reality of an unprecedented phenomenon that sees dozens of teenage girls leave their parents’ homes each year in order to join jihadist groups?

If we describe the situation as it is, we see young girls with young men who take up arms and brag about their relations with these girls, some of whom have been raped for being “infidels” or captives. Numerous videos are proof of these shameful crimes. We know of scores—some say thousands—of women who have left their homes in the Gulf, Morocco, Tunisia, Europe and the United States to join ISIS in Syria, and Al-Qaeda in Iraq before that.

Any observer can therefore conclude that the aim of these fighters is to control women and use them within the context of war as tools for pleasure. Some strange cases of this phenomenon have actually been documented. One involved a Saudi woman who during the US occupation of Iraq divorced her husband and agreed with an Al-Qaeda member to smuggle herself and her two children into Syria and then Iraq.

Her aim, as she conveyed it then via the Internet, was to meet her role model Abu Musab Al-Zarqawi, who led Al-Qaeda in Iraq and whose teachings inspired ISIS after he was killed. Although security forces arrested her during her first attempt to leave Saudi Arabia, she later succeeded via Yemen.

She eventually managed to get to Syria and then Iraq, where she succeeded in meeting Zarqawi and actually married him for a few days before he divorced her. Another jihadist then married her, and then a third before she was later killed in a military raid in Baghdad. DNA tests revealed that a son who was thought to have been conceived by one of her later husbands, who was caught in Afghanistan, was actually Zarqawi’s.

There are many such cases of lost women who have been deceived by preachers or recruited via the Internet to join organizations fighting in Syria. In the beginning, many commentators claimed these stories were lies because they deemed them far too outlandish. Some said they were part of a propaganda war aimed at distorting the reputation of militant groups there.

However, there is no longer any doubt about this due to a plethora of documented evidence which includes video footage and information from parents who report their daughters missing. We must therefore deal with these facts.

Young fighters consider the possession of women, whether through the areas they seize or through voluntary recruitment, to be useful only for the purposes of marriage. But, in fact, it is not marriage in the traditional sense, but the exploitation of young girls. Militants themselves have described it as “sexual jihad.”

Given the news of ISIS fighters’ scandals regarding women—either by enslaving them or marrying them—some are trying to cleanse the reputation of what is described as “modern jihad.” They do so by claiming that the various reports of atrocities committed by ISIS are actually false, that video footage which capture such acts is fake, and that “sexual jihad” is also a fabrication. The aim here is to somehow prettify ISIS’s crimes.

How is it possible to establish a “perfect family” in a war zone, and how would ISIS grant women homes in areas where most of the homes have been destroyed? None of this makes sense, and no sane person would accept it.

We have seen footage of men dragging women like sheep, humans being burned to death, women and children slain in Iraq, and Egyptian Copts executed in Libya, all committed within the general context of people deriving pleasure from murder.

So how can we believe that these criminals will establish perfect families with these teenage girls who were deceived into joining them?

The truth is clear: these girls have been recruited for the sake of pleasure, not to fight or to establish perfect families.