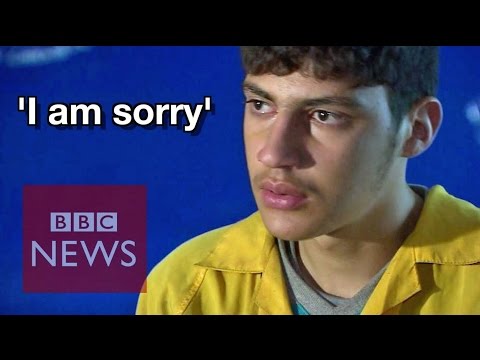 A captured Islamic State suicide bomber has told the BBC that the group actively recruits teenagers as young as 14 to carry out attacks in Iraq. The bomber was caught in Baghdad, where security is improving as Islamic State (ISIS/IS) is pushed back from areas around the city. John Simpson reports from Iraq’s capital city on its new found optimism.
Subscribe to BBC News HERE http://bit.ly/1rbfUog
Check out our website: http://www.bbc.com/news
Facebook: http://www.facebook.com/bbcworldnews
Twitter: http://www.twitter.com/bbcworld
Instagram: http://instagram.com/bbcnews