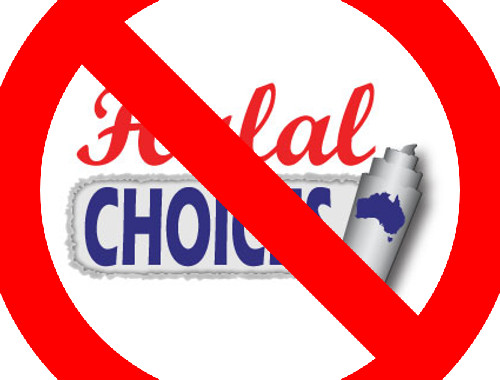 A prominent anti-halal campaigner and the “Islam-critical” Q Society are being sued for defamation over their claims the Islamic certification industry is corrupt and funds “the push for sharia law in Australia”.

Mohammed El-Mouelhy, the head of one of Australia’s largest certifiers, Halal Certification Authority, began proceedings in the New South Wales supreme court last month against senior members of the Melbourne-based Q Society and Kirralie Smith, who runs the website HalalChoices.

The statement of claim alleges that two videos featuring Smith, one recorded at a Q Society event, portray El-Mouelhy as “part of a conspiracy to destroy Western civilisation from within” and “reasonably suspected of providing financial support to terrorist organisations”.

He also claims that Smith alleges in one of the videos that El Mouelhy once accepted the fee to certify a company without carrying out an inspection and that he conducts his business in a “dishonest manner”.

El Mouelhy is named in both videos and Smith makes specific allegations about his conduct. His company’s logo flashes on screen in the first clip, a slick 32-minute explainer of Smith’s concerns with halal certification that has been viewed more than 60,000 times.

The landmark case could have implications for the anti-halal movement in Australia, which briefly became prominent last November when a South Australian dairy company came under pressure from anti-halal activists and ditched its Islamic certification – at the cost of a $50,000 contract.

Smith’s website, which outlines her concerns with halal certification and provides lists of certified products, is a lightning rod for the movement, which despite an active online presence has done little to persuade major food manufacturers to forgo halal fees.

The halal food industry is worth about $2.3tn worldwide and halal exports account for about two-thirds of Australia’s $10bn food export market.

The Australian Crime Commission, which last year completed an investigation into money laundering in Australia, has said it is “not aware of any direct links” between the industry and violent extremist groups.

The Q Society organised for Dutch firebrand MP Geert Wilders to tour Australia in 2013 and regularly holds events warning of the “Islamisation” of Australian society. It has links to the Reverend Fred Nile’s Christian Democratic party.

Q Society board members Debbie Robinson, Peter Callaghan and Ralf Schumann are also named in the suit, as is YouTube, which hosts the two videos.

El Mouelhy, who has run his Halal Certification Authority for more than two decades, said he brought the action because his integrity had been attacked.

“I don’t like anybody to malign me, I’m an honest person and I don’t see why anybody should say these things,” he said.

Robinson declined to comment, citing legal advice. Smith also did not comment on the case, but told Guardian Australia her website “is about providing information to consumers so they can make a choice”.

A directions hearing in the defamation case is scheduled for 20 February.

Late on Tuesday the independent senator Jacqui Lambie threatened to introduce a private senator’s bill to stop what she believes is “halal money” funding Islamic State.

Addressing the upper house Lambie questioned whether halal certification funded militants in Syria and Iraq. She said she was prompted to look into the issue after receiving hundreds of emails from concerned residents.

A study the Tasmanian senator commissioned from the parliamentary library exposed some “surprising facts” that alarmed her.

Certifiers were not legally required to disclose their fees, nor was there a formal reporting or auditing system to ascertain whether funds were being misused, she said.

“Given that our enemies in Islamic State are receiving a steady cashflow to control their caliphate in Syria and Iraq, why isn’t there a legal requirement in Australia for halal certification fees to be disclosed?” Lambie said.

Lambie said if the government failed to answer her questions, she would introduce legislation to close such “legal loopholes”.